Countries in this route
Route by Hans v.d. Ven (MRA-Master)
Published: 11/10/2019
In the past, the Gooi consisted of unimaginable heaths, interrupted by 'tufts' of arable land on the scary around the villages. Now a lot of heath has disappeared under buildings or fragmented by (highways) roads and railways. The last leftovers are cherished. Grazing and scaling management must keep the heath open.

Kasteel Groeneveld in Baarn
This beautiful, 3-star rated cycle route through Noord-Holland, has its start and end points in Hilversum and is mainly about cycle paths and occasionally on the public road. All roads are of good quality as we are used to in the Netherlands. Along the way there are plenty of options for something to eat and / or drink, picnics are also possible.

This cycle route is signed in the "OpenStreetMap" map and can be used in navigation systems and / or can be printed with directions, via "Save as" and then choose .pdf.

Along the way you come by, or you cycle through:

St. Janskerkhof
The St. Janskerkhof is the oldest inhabited place in the Gooi. Wide sandy paths, so-called 'dead roads', ran from all corners of the earth to the cemetery.

Westerheide
The slightly undulating Westerheide is very varied. Heather grows, but also broom, birch, oak and currant trees. If you look closely, you will see where the heath has been fenced. The combination of grazing and scaling (tapering, mowing or burning down) is a success: the grass has been prevented.

Burial mounds
The Westerheide is of great archaeological value with its fourteen burial mounds and an urn field that is one of the largest in Europe. Beyond the forest area there is a view of this grass-covered, approximately 5000-year-old burial mounds. Travelers used them as landmarks on the open heath.

Ecoduct
The Zanderij Crailoo Nature Bridge (ecoduct) is an ecological connection between the Gooise heathlands and the Vechtplassen area. Roe deer, earth mice, badgers, ring snakes, sand lizards and many other animals can expand their habitat thanks to the ecoduct. Plants also benefit from it, because they spread through the fur and droppings of animals, among other things. The unique project can be viewed from a lookout tower (information card). The Information Bridge Nature Bridge Zanderij is open on the 2nd and 4th Sunday of the month.

The Spanderswoud
Nature can take its course in the Spanderswoud. Fallen trees remain lying, young trees spontaneously shot up take their chance. About 100 to 150 years ago, the Spanderswoud was still part of the Gooise heathlands.

's-Graveland
Amsterdam merchants were allowed to dig a rectangular plot in 's-Graveland in the 17th century. The sand was taken to Amsterdam to dampen the swampy canals. Farms were built on the sand dunes, which grew into country estates in a park-like setting. The Natuurmonumenten visitor center shows everything about nature and landscape on the country estates. On the P a walk starts over Schaep and Burgh, Boekesteijn and Bantam.

Sheep and Scottish highlanders
If you do nothing, heather fields will close quickly. That is why sheep graze on the Blaricummer and Tafelberg heath (sheepfold open around 2 pm - 4 pm). Scottish highlanders have also been deported, who work more roughly. The grazing provides more variation in the vegetation. At Restaurant De Tafelberg the highest point of the Gooi is: Table Mountain (stairs to viewpoint at 36.4 m). For about 200 years there was almost no forest and Table Mountain offered an unobstructed view of the endless heathlands.

Laarder Eng
The fields along the Tafelbergweg and the Oude Drift are remnants of the Laarder Eng. They are managed by a foundation that grows old agricultural crops such as oats, rye and buckwheat. The name 'Oude Drift' refers to the sheep that were driven via this path from the sheepfold in the village to the heath. 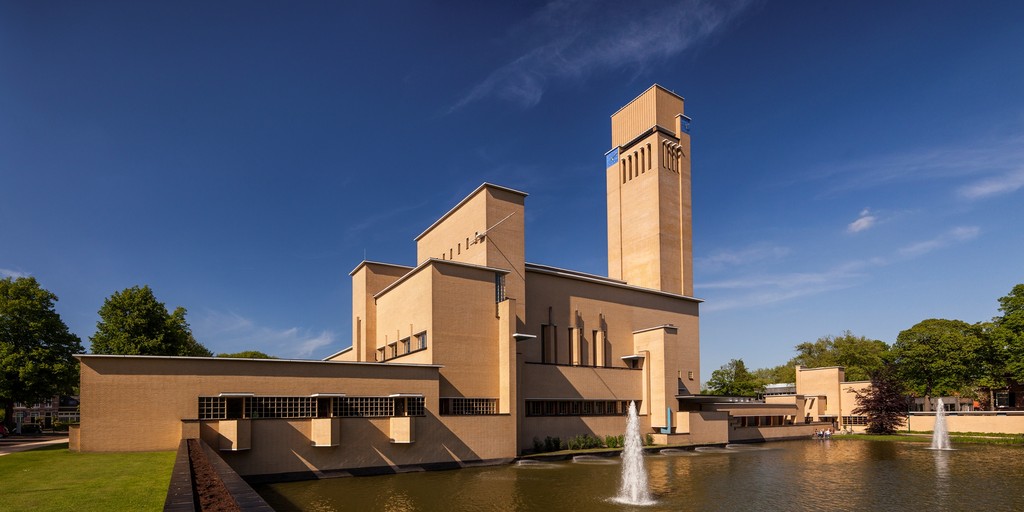 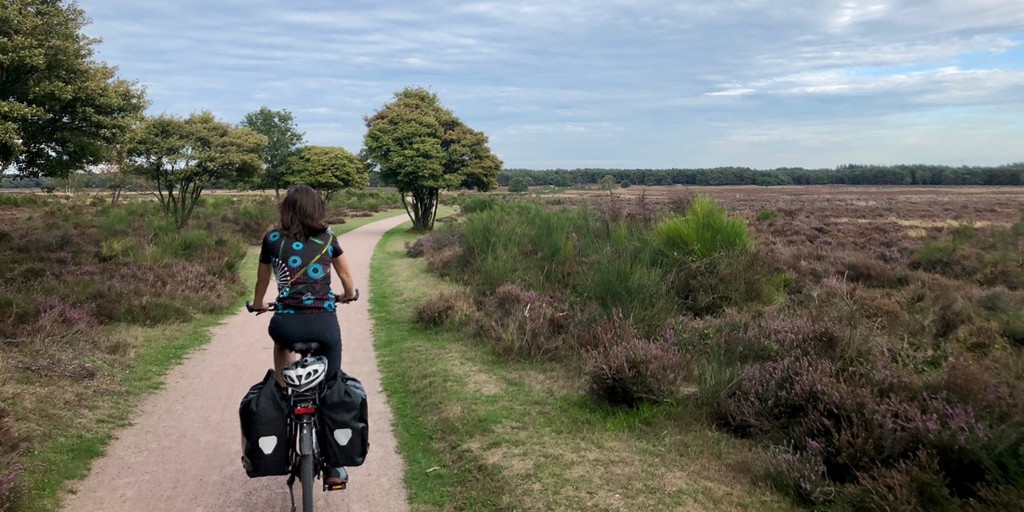 
Using this GPS route is for your own account and risk. The route has been carefully compiled and checked by a RouteXpert accredited by MyRoute-app. However, due to changed circumstances, road diversions or seasonal closures, there may be changes. We therefore advise you to check each route before use. More explanations about the use of MyRoute-app can be found on the website at 'Community' or 'Webinars'.

Noord Holland
The images and text displayed here originate from the Wikipedia article "Noord Holland", which is released under the Creative Commons Attribution-Share-Alike License 3.0.
About this region
North Holland (Dutch: Noord-Holland pronounced [ˌnoːrt ˈɦɔlɑnt] (listen), West Frisian: Noard-Hollân) is a province of the Netherlands in the northwestern part of the country. It is on the North Sea, north of South Holland and Utrecht, and west of Friesland and Flevoland. In November 2019, it had a population of 2,877,909 and a total area of 4,092 km2 (1,580 sq mi), of which 1,430 km2 (550 sq mi) is water. From the 9th to the 16th century, the area was an integral part of the County of Holland. During this period West Friesland was incorporated. In the 17th and 18th century, the area was part of the province of Holland and commonly known as the Noorderkwartier (English: "Northern Quarter"). In 1840, the province of Holland was split into the two provinces of North Holland and South Holland. In 1855, the Haarlemmermeer was drained and turned into land. The provincial capital is Haarlem (pop. 161,265), the province's largest city and also the largest city in the Netherlands is the Dutch capital Amsterdam, with a population of 862,965 as of November 2019. The King's Commissioner of North Holland is Johan Remkes, serving since 2010. There are 51 municipalities and three (including parts of) water boards in the province. The busiest airport in the Netherlands and Europe's third busiest airport, Amsterdam Airport Schiphol, is in North Holland.