Countries in this route
Route by Hans v.d. Ven (RouteXpert)
Published: 25/10/2019
This route runs through two landscapes. The southern part shows Meppel as the center of a vast stream valley landscape with meadowlands and peat excavations with canals and canals. The city is seen from the southeast, the gateway to Drenthe. A few kilometers to the north, past Kolderveen and Nijeveen, you will reach the higher sandy soils. In this area around Havelte there are dams, resulting in large relief differences. North of this area you can see a brook valley landscape in which the 7700 m long road village of Wapserveen is located, a peat bog along the Wapserveensche Aa.

Hunnebed op de Havelterberg
This beautiful, 3-star rated cycle route through Drenthe, has its start and end points in Meppel and is mainly on cycle paths and occasionally on the public road. All roads are of good quality as we are used to in the Netherlands. Along the way there are plenty of options for eating and / or drinking, picnics are also possible.

This cycle route is signed in the "OpenStreetMap" map and can be used in navigation systems and / or can be printed with directions, via "Save as" and then choose .pdf.

Along the way you come by, or you cycle through:

Meppel
Meppel originated as an agricultural settlement at the confluence of a number of previously navigable watercourses, namely the Reest, the Wold Aa and the Havelter Aa. The city owes its rise to inland shipping. Large-scale painting took place from the 15th century. In 1460, Bishop David of Burgundy established two free annual fairs. Thanks to these markets and the venture, Meppel grew into a prosperous trading place.

The former city wagon on Kerkplein served until 1796. The reformed church was completed in the 15th century. Many canals and canals, which were so decisive for the cityscape, have unfortunately disappeared since 1919. Meppel has many beautiful examples of civil and industrial architecture such as mansions on Hoofdstraat, Kruisstraat or Zuideinde and the lime kilns on Steenwijkerstraatweg (off route).

Kolderveen
The regional village of Kolderveen was established around 1200 as a peat peat extraction. The village has a simple brick hall church that was completed in 1471. The church is very nicely situated at the end of a long beech avenue, just outside the actual village community. Elongated villages simply have no center.

Havelterberg
The Bisschopsberg and - further on - the Havelterberg were created during the penultimate ice age. The entire northern Netherlands was covered with ice during the penultimate ice age. The heavy ice tongues slowly moved forward and pushed up part of the bottom. In this way 'dam walls' have been created that vary in height from 2.5 to 19 m.

Dolmens
The Havelterberg and Bisschopsberg are part of such a moraine. On top of the Havelterberg you have a beautiful view of the surroundings and the dolmens.

Ice age
During the last ice age the land ice did not reach the north of the Netherlands. There was, however, a cold climate. During this cold and dry period a lot of sand was moved by the wind. Entire areas were flooded and even high sand dunes were formed around Uffelte. Over time, these dunes blew, making the landscape flatter again. In the 18th and 19th centuries sand drifts, such as the Westerzand, Uffelterzand and Oosterzand, were created in this deck sand landscape, mainly due to mankind.

Havelte
Parts of the esdorp Havelte have been classified as a protected village since 1969. The brick hall church was founded in 1310. The village has many farms, either cultivated or not, that often have sideburns in one, and many cow doors or hatch doors in both long side walls. The Landing Overcinge is located along the route. The 17th-century country house with farmhouse, gatehouse, tea dome and porter's house is now privately owned (not to be seen). 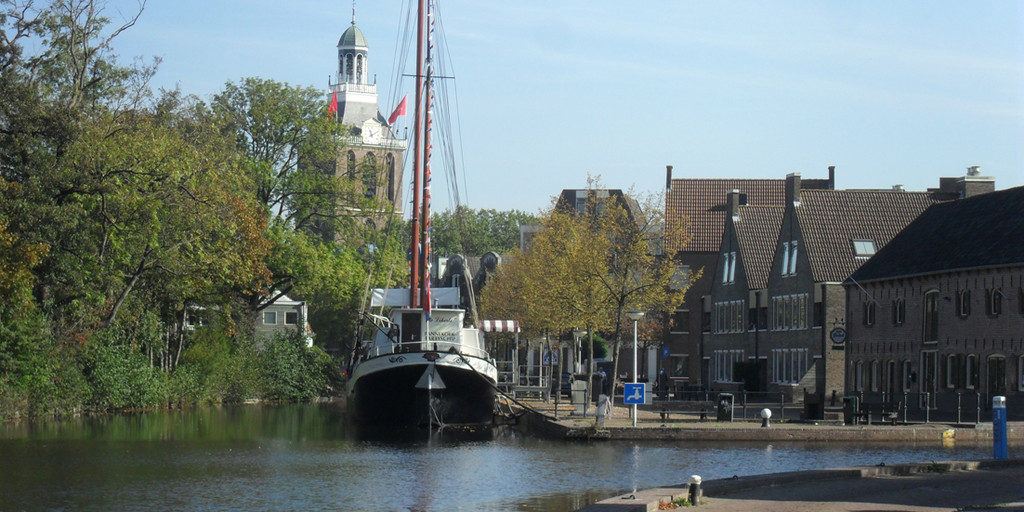 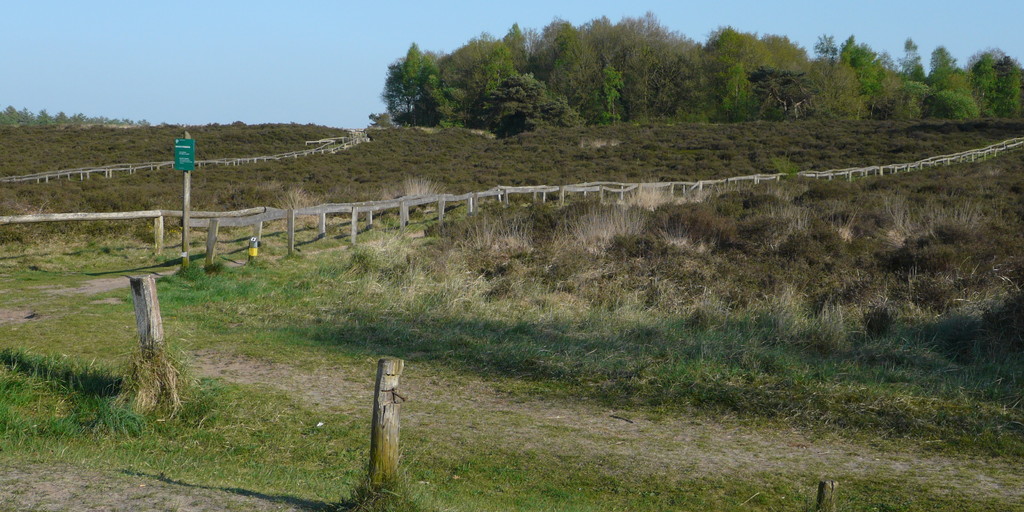 
Using this GPS route is for your own account and risk. The route has been carefully compiled and checked by a RouteXpert accredited by MyRoute-app. However, due to changed circumstances, road diversions or seasonal closures, there may be changes. We therefore advise you to check each route before use. More explanations about the use of MyRoute-app can be found on the website at 'Community' or 'Webinars'.

Drenthe
The images and text displayed here originate from the Wikipedia article "Drenthe", which is released under the Creative Commons Attribution-Share-Alike License 3.0.
About this region
Drenthe ( DREN-tə, Dutch: [ˈdrɛntə] (listen); German: Drenthe) is a province of the Netherlands located in the northeastern part of the country. It is bordered by Overijssel to the south, Friesland to the west, Groningen to the north, and the German state of Lower Saxony to the east. As of November 2019, Drenthe had a population of 493,449 and a total area of 2,680 km2 (1,030 sq mi). Drenthe has been populated for 150,000 years. The region has subsequently been part of the Episcopal principality of Utrecht, Habsburg Netherlands, Dutch Republic, Batavian Republic, Kingdom of Holland and Kingdom of the Netherlands. Drenthe has been an official province since 1796. The capital and seat of the provincial government is Assen. The King's Commissioner of Drenthe is Jetta Klijnsma. The Labour Party (PvdA) is the largest party in the States-Provincial, followed by the People's Party for Freedom and Democracy (VVD) and the Christian Democratic Appeal (CDA). Drenthe is a sparsely populated rural area, unlike many other parts of the Netherlands. Except for the cities of Assen (pop. 67,963) and Emmen (pop. 107,113), the land in Drenthe is mainly used for agriculture.