Top car and motorcycle routes in the south of Finland 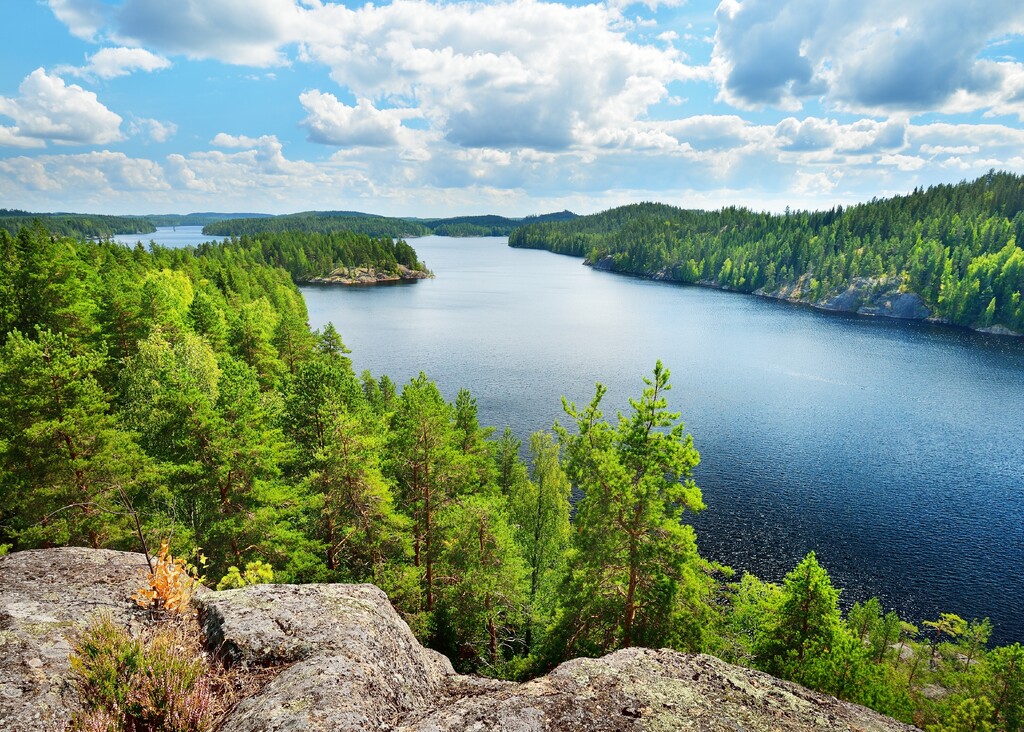 Countries is this route collection
Route collection made by Hans v.d. Ven (MRA-Master)
Share
Finland is a land of tranquility, of unspoiled nature, of a thousand lakes, of reindeer, of moose and of the northern lights. Steer along the thousand lakes like the famous rally drivers do in their rally cars.
Endless long days in the summer, so enjoy the midnight sun. During this tour you will discover the Finnish Lake District, the largest lake area in Europe! The blue lakes and green islands are interspersed with forests, hills, rivers and canals.
In any case, bring equipment to chase away the mosquitoes, because there are plenty of them, and what always remains are the moose that come out of the woods on the road, so watch out!

You will usually drive on good roads this trip, but keep in mind that it will often be gravel roads. The routes in this collection through the untouched nature of Finland, let you enjoy every bend and countless lakes.

The Finnish road network was developed relatively late. Until the 1960s, many continuous valtatites were still unpaved or gravel roads. The Finnish road network was numbered for the first time in 1938. Because many roads were still gravel roads for a long time, the main roads have often been built over a new route, so that Finnish main roads often have a more optimal alignment compared to other European countries, where they follow historical routes. In 1952 the Olympic Games were held in Helsinki. At the time, the country had almost no continuous asphalt roads. Finland's first motorway, Helsinki-Espoo, opened in 1962. In the 1960s, only a few short motorway routes were built around the major cities. It was not until the 1990s that longer stretches of motorway were completed between the Finnish cities.

Finland has a limited network of highways called moottoritiet, with 4 longer radial highways from Helsinki to Turku, Tampere, Heinola and towards the Russian border. In addition, there are a number of shorter highways around the largest cities, such as at Oulu, Vaasa, Imatra and Kuopio. Finland also has the world's northernmost highway, Valtatie 29 between Kemi and Tornio. The motorway network is being expanded on a limited scale, mainly because the traffic intensities are low. Often, roads from 15,000 vehicles per day are widened to motorways. The priority is the construction of the Valtation 7 to the border with Russia. There are 3 ring roads around Helsinki, Kehä I to III, although Kehä II is hardly a ring. These are not (yet) classified as moottorition.

A Moottoritie (plural: Moottoritiet) is the term for a motorway in Finland. The country has a relatively small network, connecting most of the major cities in the south. The Moottoritie is a status, Moottoritiet often run on the main roads, called Valtatie. European roads can also be part of this. The Finnish motorway network is 995 kilometers long.

Best travel season
The best time to visit Finland is in the months of June, July, August and September. In these months the chance of precipitation is lowest and the chance of good weather is greatest.

Let off steam in one of the many Finnish saunas
Finland is truly a sauna country. Every Finnish family has at least one sauna on average. For the Finns, it is the best way to relax, and it is very different than in the Netherlands.
What to do? First you have to take a short, cold shower, after which you can enter the sauna dry. You also get a bundle of branches, also called a Vihta, with which you can hit your skin (ouch!) To increase blood circulation. After this, you dive into a cold water bath to cool off. (The real diehards also rub themselves with snow!) Then you can enter the sauna again.
It takes some getting used to, but if you have done this a few times and feel the difference between hot and cold, you will feel completely relaxed.