Top 5 Car and Motorcycle routes in the Eifel 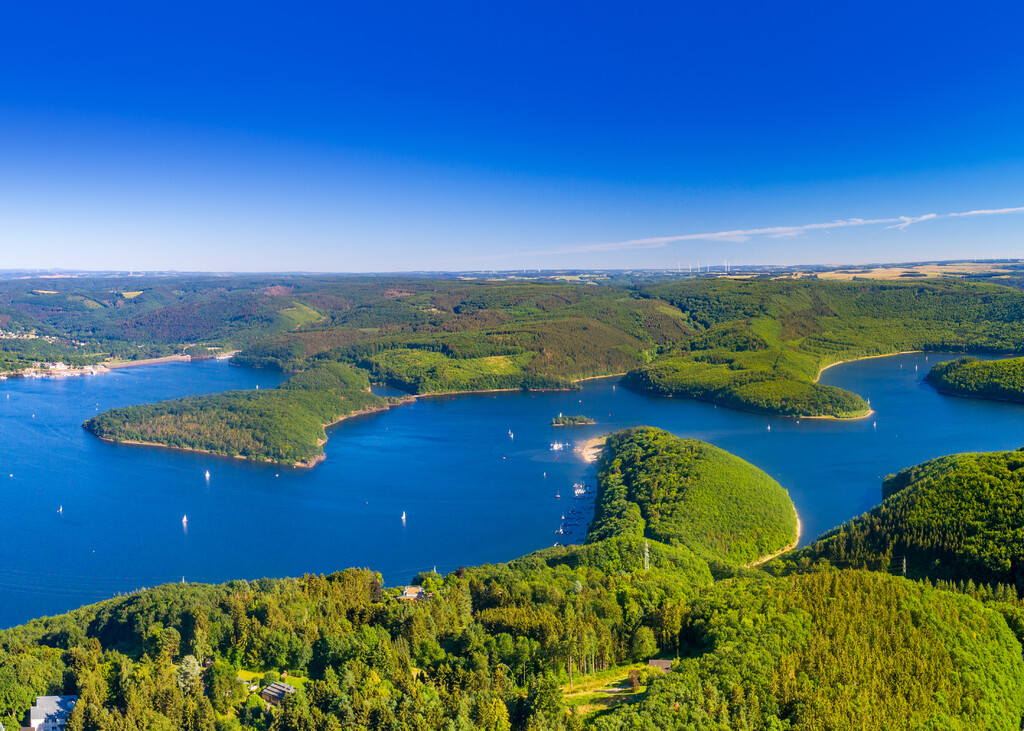 Countries is this route collection
Route collection made by Hans v.d. Ven (MRA-Master)
Share
The Eifel is the eastern part of the middle-high plateau of the Eifel-Ardennes. It lies north of the Moselle and west of the Rhine. The largest part is in Germany, a small part is in Belgium, in the East Cantons. The German part of Eifel is located in the states of North Rhine-Westphalia and Rhineland-Palatinate. The highest point is the Hohe Acht with 747 meters.

Several chains can be distinguished in the Eifel:
 The northernmost part is called the Nordeifel, which connects to the High Fens in Belgium;
 To the east of it is the Ahrgebirge, this section is located north of the Ahr in the district of Ahrweiler;
 South of the Ahr is the Hohe Eifel (or Hocheifel), of which the Hohe Acht (747 m) is the highest point and also the highest point of the entire Eifel region;
 In the west, against the Belgian border, the hills are known as Schneifel, part of the wider area of the Sneeuweifel with peaks reaching up to 698 meters;
 To the south and east of the Hohe Eifel lies the Volcanic Eifel, a volcanic area with many crater lakes (Maare).
 The southern part of the Eifel is less high. The area is intersected by streams and rivers running southwards. These flows flow into the Moselle. The largest of these rivers is the Kyll; the hills around this river are known as the Kyllwald;
 In the south, the Eifel ends in the Voreifel.

There are some large reservoirs in the north of the Eifel. The largest of these is the reservoir in the Roer that was created by the construction of the Roerdal dam.

Known throughout the whole of the Netherlands and Belgium by car and motorcycles, so reason enough for the RouteXpert MyRoute-app to compile a Top 5 of Motor and Motorbike routes for you.

If you think so, I have a very nice route that should certainly not be missing from this collection, send it to:
 email: routexpert@myrouteapp.com
 Subject: New Route for the Top 5 Eifel collection compiled by Hans van de Ven.

Have fun with this collection and while driving one of these routes. Enjoy all the beautiful things the Eifel has to offer. Click on “View route” to read the review of the chosen route.