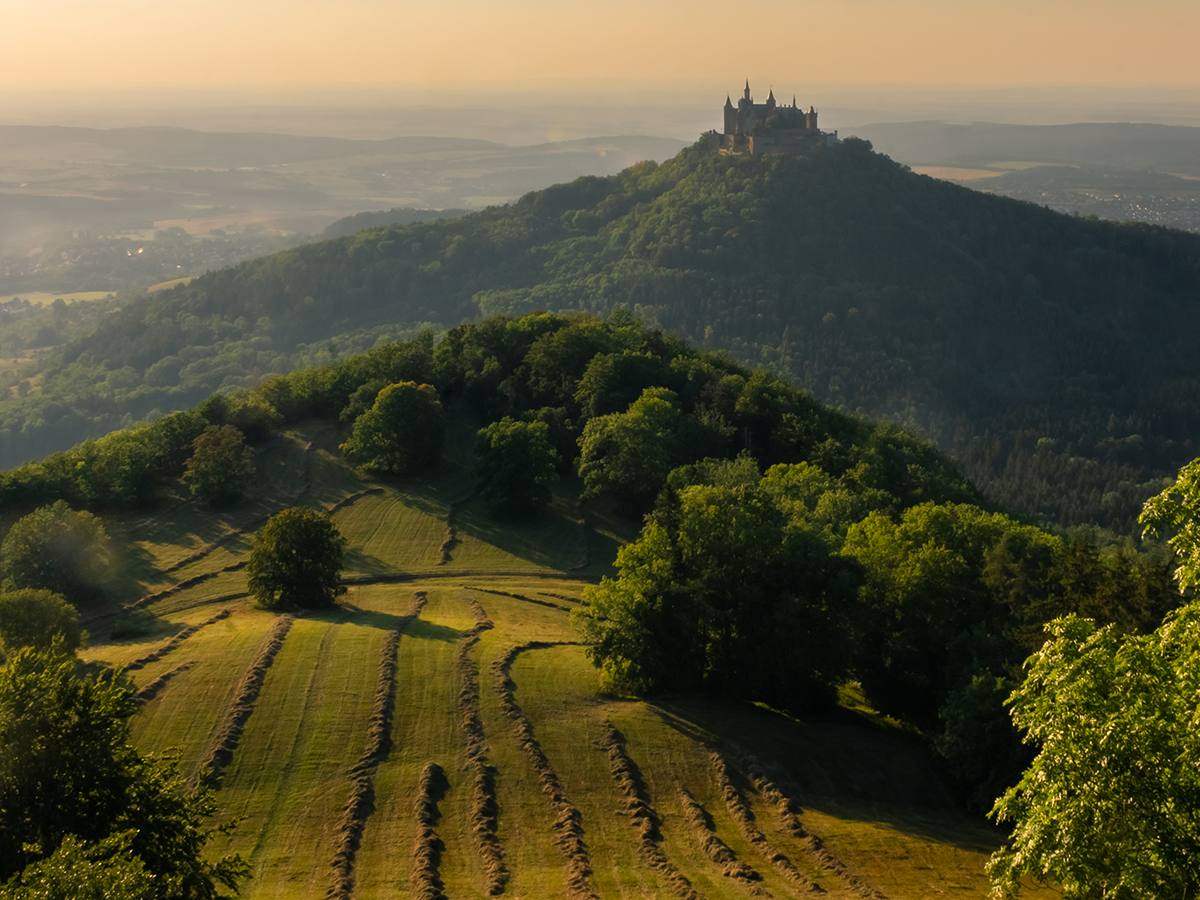 Baden-Württemberg
About this region
Baden-Württemberg (; German: [ˌbaːdn̩ ˈvʏʁtəmbɛʁk] (listen)), commonly shortened to BW or BaWü, is a German state (Bundesland) in Southwest Germany, east of the Rhine, which forms the southern part of Germany's western border with France. With more than 11.07 million inhabitants as of 2019 across a total area of nearly 35,752 km2 (13,804 sq mi), it is the third-largest German state by both area (behind Bavaria and Lower Saxony) and population (behind North Rhine-Westphalia and Bavaria). As a federated state, Baden-Württemberg is a partly-sovereign parliamentary republic. The largest city in Baden-Württemberg is the state capital of Stuttgart, followed by Mannheim and Karlsruhe. Other major cities are Freiburg im Breisgau, Heidelberg, Heilbronn, Pforzheim, Reutlingen, Tübingen, and Ulm.
What is now Baden-Württemberg was formerly the historical territories of Baden, Prussian Hohenzollern, and Württemberg. Baden-Württemberg became a state of West Germany in April 1952 by the merger of Württemberg-Baden, South Baden, and Württemberg-Hohenzollern. These states had just been artificially created by the Allies after World War II out of the existing traditional states Baden and Württemberg by their separation over different occupation zones.
Baden-Württemberg is especially known for its strong economy with various industries like car manufacturing, electrical engineering, mechanical engineering, the service sector, and more. It has the third highest gross regional product (GRP) in Germany. Part of the Four Motors for Europe, some of the largest German companies are headquartered in Baden-Württemberg, including Daimler, Porsche, Bosch and SAP.
The sobriquet Ländle (a diminutive of the word "Land" in the local Swabian, Alemannic and Franconian dialects) is sometimes used as a synonym for Baden-Württemberg.
Read more on Wikipedia