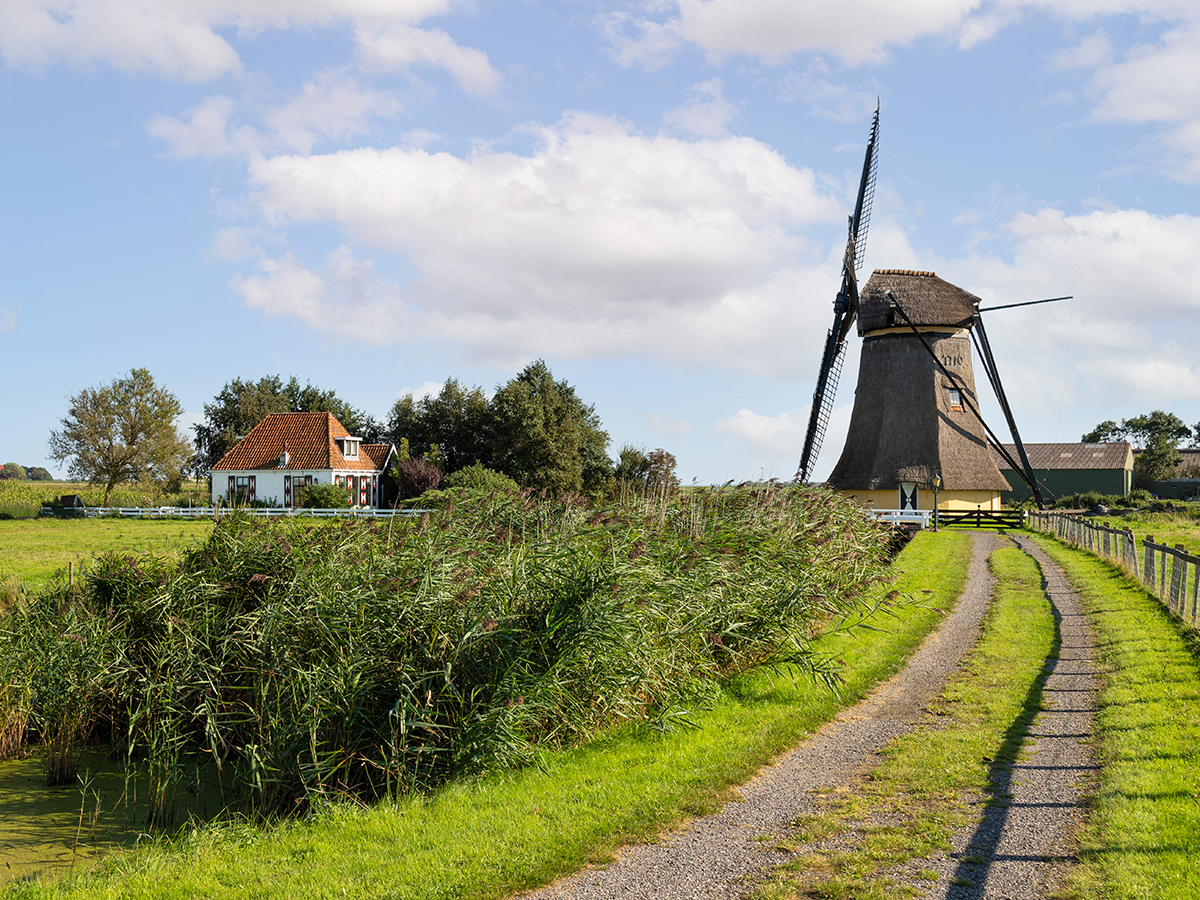 Friesland
About this region
Friesland ( FREEZ-lənd, US also -⁠land, Dutch: [ˈfrislɑnt] (listen); official West Frisian: Fryslân [ˈfrislɔ̃ːn] (listen)), historically known as Frisia, is a province of the Netherlands located in the northern part of the country. It is situated west of Groningen, northwest of Drenthe and Overijssel, north of Flevoland, northeast of North Holland, and south of the Wadden Sea. As of January 2020, the province had a population of 649,944 and a total area of 5,749 km2 (2,220 sq mi).
The capital and seat of the provincial government is the city of Leeuwarden (West Frisian: Ljouwert, Liwwaddes: Liwwadde), a city with 123,107 inhabitants. Other large municipalities in Friesland are Sneek (pop. 33,512), Heerenveen (pop. 50,257) and Drachten (pop. 55,938). Since 2017, Arno Brok is the King's Commissioner in the province. A coalition of the Christian Democratic Appeal, the People's Party for Freedom and Democracy, the Labour Party and the Frisian National Party forms the executive branch. The province is divided into 18 municipalities. The area of the province was once part of the ancient, larger region of Frisia. The official languages of Friesland are West Frisian and Dutch.
Read more on Wikipedia