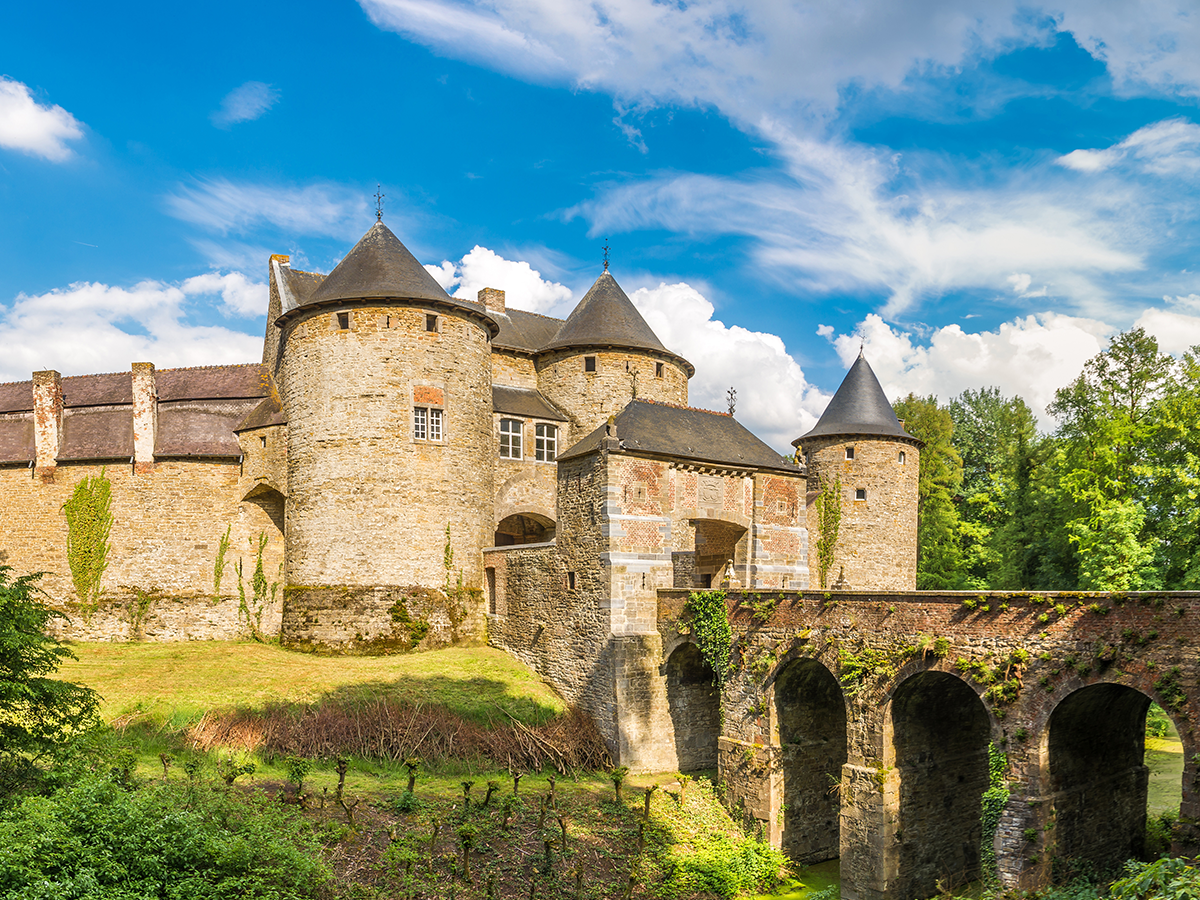 Wallonia
About this region
The Walloon Region (French: Région wallonne [ʁeʒjɔ̃ walɔn]; German: Wallonische Region; Dutch: Waals gewest), usually simply referred to as Wallonia (; French: Wallonie [walɔni]; Walloon: Waloneye; German: Wallonien [vaˈloːni̯ən] (listen) or Wallonie [valoˈniː]; Dutch: Wallonië [ʋɑˈloːnijə] (listen)), is one of the three Regions of Belgium—alongside the Flemish Region and the Brussels-Capital Region.Covering the southern portion of the country, Wallonia is primarily French-speaking, and accounts for 55% of Belgium's territory, but only a third of its population. The Walloon Region was not merged with the French Community of Belgium, which is the political entity responsible for matters related mainly to culture and education, because the French Community of Belgium encompasses both Wallonia and the bilingual Brussels-Capital Region.
There is a German-speaking minority in eastern Wallonia, resulting from the annexation of three cantons previously part of the German Empire at the conclusion of World War I. This community represents less than 1% of the Belgian population. It forms the German-speaking Community of Belgium, which has its own government and parliament for culture-related issues.
During the industrial revolution, Wallonia was second only to the United Kingdom in industrialization, capitalizing on its extensive deposits of coal and iron. This brought the region wealth, and from the beginning of the 19th to the middle of the 20th century, Wallonia was the more prosperous half of Belgium. Since World War II, the importance of heavy industry has greatly diminished, and the Flemish Region has exceeded Wallonia in wealth as Wallonia has declined economically. Wallonia now suffers from high unemployment and has a significantly lower GDP per capita than Flanders. The economic inequalities and linguistic divide between the two are major sources of political conflicts in Belgium and a major factor in Flemish separatism.
The capital of Wallonia is Namur, and the most populous city is Charleroi. Most of Wallonia's major cities and two-thirds of its population lie along the east-west aligned Sambre and Meuse valley, the former industrial backbone of Belgium. To the north of this valley, Wallonia lies on the Central Belgian Plateau, which, like Flanders, is a relatively flat and agriculturally fertile area. The south and southeast of Wallonia is made up of the Ardennes, an expanse of forested highland that is less densely populated.
Wallonia borders Flanders and the Netherlands (the province of Limburg) in the north, France (Grand Est and Hauts-de-France) to the south and west, and Germany (North Rhine-Westphalia and Rhineland-Palatinate) and Luxembourg (Capellen, Clervaux, Esch-sur-Alzette, Redange and Wiltz) to the east. Wallonia has been a member of the Organisation Internationale de la Francophonie since 1980.
Read more on Wikipedia