Nassfeld Pass, Lanzen Pass, Passo del Pura, Sella di Razzo, Sella del Monte Zoncolan and Plöcken Pass await you on this demanding route through the Carnic Alps. Almost 6,000 meters of altitude are overcome and passes are overpassed with the Lanzen Pass and the Sella del Monte Zoncolan, which were only recently paved on both sides for the first time. So you can really speak of real insider tips!

Monte Zoncolan
The third route from the 12 most beautiful routes Motorradland Carinthia.

Falls under the category "heavy" (Austria uses "easy, medium and hard"). Wide roads here and there, but also much narrower streets and passes, sometimes very steep and winding. Sufficient stops on the way with a nice view or to eat or drink. That's why I give this route 5 stars

From Kötschach-Mauthen away, we warm up through the Upper Gail Valley to Tröpolach, the valley of Carinthia's largest alpine ski area Nassfeld. The ride over that Nassfeld (Passo Promollo) is also part of the Carnic Dolomite Road, but we leave again at Pontebba. In a northwesterly direction it is now to Studena alta and always along the Wilbach Pontebbana on the 1,552 high located Lanzenpass. The last few kilometers up to the pass were recently paved, mainly because of the Giro d'Italia cycling tour. So this pass is still relatively new territory for motorcyclists and road cyclists - a real insider tip! At the top of the pass you will find alpine pastures and dairies, there is also a managed hut and the further descent to the village of Paularo is very steep and winding. From Paularo continue south to Tolmezzo. We continue westwards to Villa Santina and there we continue towards Passo della Mauria, which is not on our route, as we already drive a few km to Ampezzo north towards Passo del Pura (1,428 m) and then on to Lago di Sauris or the places located there Sauris di sotto and Sauris di sopra. Sauris (to German years) is a small German language island with about 400 inhabitants where even today "Zahrisch", a dialect influenced by Pustertal elements, is spoken. Sauris is also known for its exclusive and exquisite Prosciutto, which owes its mild taste to the exclusive smoking of beechwood.

From Sauris we continue to the fourth and with 1,739 m highest pass of this tour: the Sella di Razzo. A few kilometers we are here in the region of Veneto before we drive over the Val Pesarina, one of the seven Carina valleys back to the east. This narrow valley is characterized by dense forest and very long straights - that is, little curves. At Comeglians we reach the Val Degano and turn right, so south towards Ovaro. Here begins the driveway on the - especially among cycling fans known - Sella del Monte Zoncolan. The Zoncolan gained fame as it is one of the steepest mountains in professional cycling and time and again stage destination at the Giro d'Italia. In almost every corner, therefore, former cycling heroes are immortalized on display boards. Where racing cyclists are but also motorcyclists and thus, these two groups share this mountain road. At the pass of the Zoncolan on about 1,700 vertical meters is a small ski area with some good rest stops. We then continue down to the valley to Sutrio, one of the oldest settlements in Carnia and we are back there again on the Carnic Dolomites Road. To the north it goes to the Plöckenpass where again the border to Austria / Carinthia is crossed. At Plöckenpass there is an open-air museum, which illustrates the fortifications from the First World War. In the valley and destination of this tour, in Kötschach-Mauthen is the Museum 1915-1918, (RP 28) operated by the Association of Friends of the Dolomites. 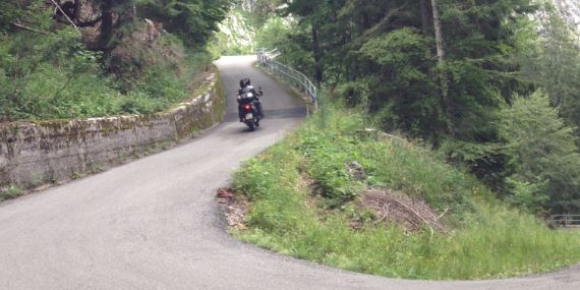 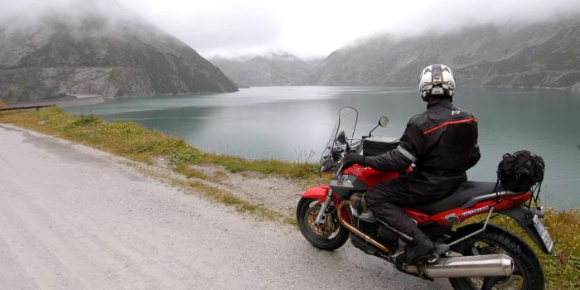 Friuli Venezia Giulia
The images and text displayed here originate from the Wikipedia article "Friuli Venezia Giulia", which is released under the Creative Commons Attribution-Share-Alike License 3.0.
About this region
Friuli Venezia Giulia (pronounced [friˈuːli veˈnɛttsja ˈdʒuːlja]) is one of the 20 regions of Italy, and one of five autonomous regions with special statute. The regional capital is Trieste. The name used to be hyphenated as Friuli-Venezia Giulia until 2001. The region is called Friûl Vignesie Julie in Friulian, Furlanija Julijska krajina in Slovene and Friaul Julisch Venetien in German, three languages spoken in the region. The city of Venice ("Venezia") is not in this region, despite the name. Friuli Venezia Giulia has an area of 7,924 km2 and about 1.2 million inhabitants. A natural opening to the sea for many Central European countries, the region is traversed by the major transport routes between the east and west of southern Europe. It encompasses the historical-geographical region of Friuli and a small portion of the historical region of Venezia Giulia – also known in English as the Julian March – each with its own distinct history, traditions and identity.