Countries in this route
Route by Stijn Claus/Motorhotels
Nice route through the Belgian and French Ardennes along 3 Belgian Trappist abbeys (Rochefort, Orval and Chimay).
On the way we also visit the cities of Durbuy, Bouillon and Dinant.

This route can be driven on a day or on several days. However, to fully enjoy the sights on the way, it's best to take two days for this trip.
The route can be split up according to your wishes, there are more than enough accommodation options along the way.

The route mainly follows the banks of the Ourthe and the Meuse. We follow secondary roads, but also much smaller roads. The cornering in this route in more than average. The quality of the road varies, as is often the case in the Ardennes from good to bad.

Het graf van de reus
The route starts at the Total gas station located on the N633 at Comblain-au-Pont. This service station is accessible from the E25 Liège-Luxembourg motorway exit 45.

Along the banks of the Ourthe, Durbuy, La Roche and Marche and Famenne we arrive in Rochefort. Here lies the Abbey Notre-Dame de Saint-Rémy, or the Abbey of Rochefort.

The Notre-Dame de Saint-Rémy Abbey in Rochefort belongs to the Cistercians of the strict observance, better known as the Trappists. The foundation deed was granted in 1230 and the abbey was named Secours de Notre-Dame.
In 1899 they established a small brewery. The brewery became the main source of income for the abbey.
Rochefort is one of the abbeys that can use the name 'Trappist beer'.

From Rochefort the route descends further to the south where we cross the Notre-Dame d'Orval Abbey.
The abbey settled here in 1132. The monastery is known for its history and spiritual life, but also for its Trappist beer and typical Trappist cheese.

The route leaves Orval and meander along the Semois further towards Bouillon.

Bouillon is dominated by the medieval fortress of Godfrey of Bouillon and the old town center.
The origins of Bouillon would date from the 8th century. Its existence is confirmed from 988.
The city lies on a meander of the Semois at an altitude of 383 meters above sea level.

The route follows the banks of the Semois further towards France. We pass a number of spectacular views such as the Tomb of the Giant, the panorama of Frahan in Rochehaut and Les Dames de Meuse to arrive at the Abbey Notre-Dame de Scourmont.

The abbey was founded in the summer of 1850 by a small group of monks on the wild highland of Scourmont near Chimay. A farm, a brewery and a cheese factory will be built around the monastery. The first Chimay beer was brewed in 1862. In 1876 the Trappist monks of Chimay tried an old recipe to make a semi-hard cheese, which they allowed to ripen in the cellars of the abbey.

Via France and the banks of the Meuse, we drive via Dinant towards Namur and the terminus of this route.

The end point of this route is at the entrance of the E42 Liège-Charleroi motorway.

Attention: as a driver, the limit is 0.5 per mille alcohol or 0.22 per mil per liter of exhaled air. In case of violation, you will therefore lose your driver's license. 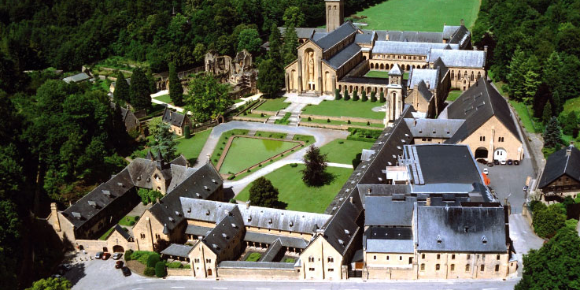 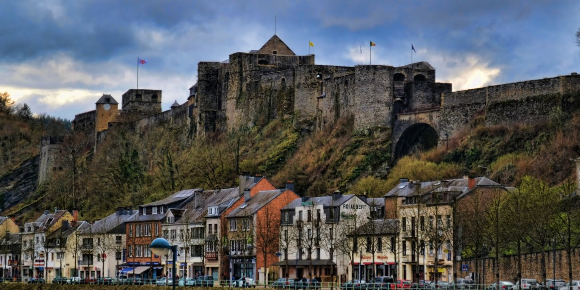 Henegouwen
The images and text displayed here originate from the Wikipedia article "Henegouwen", which is released under the Creative Commons Attribution-Share-Alike License 3.0.
About this region
Hainaut (, also US: , UK: , French: [ɛno]; Dutch: Henegouwen [ˈɦeːnəɣʌuə(n)] (listen); Walloon: Hinnot; Picard: Hénau), historically also known as Heynowes in English, is a province of Wallonia and Belgium. To its south lies the French department of Nord, while within Belgium it borders (clockwise from the North) on the Flemish provinces of West Flanders, East Flanders, Flemish Brabant and the Walloon provinces of Walloon Brabant and Namur. Its capital is Mons (Dutch Bergen) and the most populous city is Charleroi, the province's urban, economic and cultural hub, the financial capital of Hainaut and the fifth largest city in the country by population. Hainaut has an area of 3,831 km2 (1,479 sq mi) and as of January 2019 a population of 1,344,241.