Countries in this route
Route by Hans v.d. Ven (MRA-Master)
Published: 21/04/2019
Ever since the early 90s of the last century, Promotor has been setting out the so-called Tank Bag Tours. You understand that the name still comes from the GPS-free era, when motorcyclists still searched their way on inland roads with a roadbook in the tank bag or router roll.

Rue de Beusdael - Blieberg, Waals Gewest
This TTT starts in Ovifat and is part of 3 days of touring in the Belgian Ardennes. This TTT is mainly about beautiful roads and brings you back to the Netherlands and to Asten (Noord-Brabant). The 1st place of interest that you encounter, where you could stop for a while, is Lac de la Gileppe *
* The Gileppe dam (French: barrage de la Gileppe) is a dam in the Belgian province of Liège, in the municipalities of Jalhay and Baelen. The supply of water is assured by the Gileppe that originates in the High Fens. The most important feature of the dam is a 13.5 meter high and 300 tonne sandstone lion. The lion stands on top of the dam wall and was positioned in such a way that he proudly looks out towards the border that was only 5 kilometers away with what was then Prussia (Lontzen and Eupen). (Source: Wikipedia).

The 2nd place of interest where you definitely have to stop and let the statues work on you is: Henri-Chapelle American Cemetery and Memorial **
** The more than 20 hectares of the American military cemetery Henri-Chapelle house the remains of 7,992 American soldiers. Most of these men lost their lives during the advance of the US forces in Germany. The 1st American Infantry Division freed this location on September 11, 1944. A provisional war cemetery was set up on September 28, 1944.

After these 2 possibilities to stop for a while, we drive further to the Netherlands and in South Limburg we stop for coffee with Limburg pie in Partij / Witten at Café Herberg De Remise. After coffee, we continue to wind through the Limburg country to stop for lunch at Café Geraats in Grathem. After lunch it is more than half an hour before you reach the end point in Asten, where you can drink another cup of coffee to close the 3-day Ardennes. 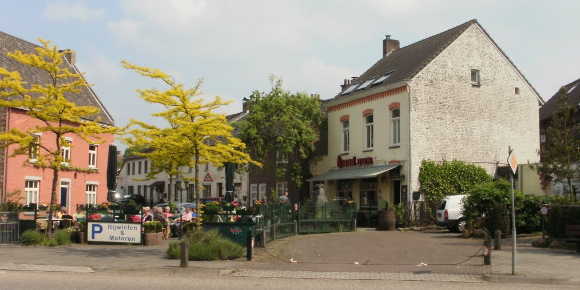 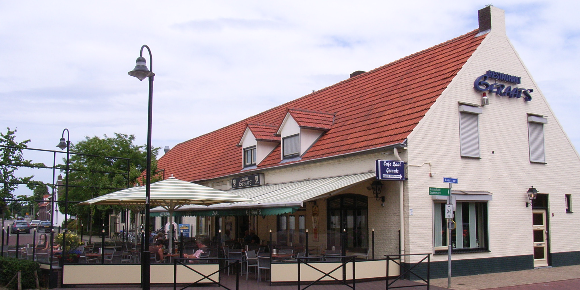 Limburg Belgie
The images and text displayed here originate from the Wikipedia article "Limburg Belgie", which is released under the Creative Commons Attribution-Share-Alike License 3.0.
About this region
Belgium, officially the Kingdom of Belgium, is a country in Western Europe. It is bordered by the Netherlands to the north, Germany to the east, Luxembourg to the southeast, France to the southwest, and the North Sea to the northwest. It covers an area of 30,689 km2 (11,849 sq mi) and has a population of more than 11.5 million, making it the 22nd most densely populated country in the world and the 6th most densely populated country in Europe, with a density of 376 per square kilometre (970/sq mi). The capital and largest city is Brussels; other major cities are Antwerp, Ghent, Charleroi and Liège. Legally, Belgium is a sovereign state and a federal constitutional monarchy with a parliamentary system. Its institutional organization is complex and is structured on both regional and linguistic grounds. It is divided into three highly autonomous regions: the Flemish Region in the north, Wallonia in the south, and the Brussels-Capital Region. Brussels is the smallest and most densely populated region, as well as the richest region in terms of GDP per capita. Belgium is home to two main linguistic groups or communities: the Dutch-speaking Flemish Community, which constitutes about 60 percent of the population, and the French-speaking Community, which comprises about 40 percent of all Belgians. A small German-speaking Community, numbering around one percent, exists in the East Cantons. The Brussels-Capital Region is officially bilingual (French and Dutch), although French is the dominant language. Belgium's linguistic diversity and related political conflicts are reflected in its political history and complex system of governance, made up of six different governments. Historically, Belgium is part of an area known as the Low Countries, a somewhat larger region than the current Benelux group of states that also included parts of northern France and western Germany. Its modern name is derived from the Latin word Belgium, used in Julius Caesar's "Gallic War", to describe the region in the period around 55 BCE. From the end of the Middle Ages until the 17th century, the area of Belgium was a prosperous and cosmopolitan center of commerce and culture. Between the 16th and early 19th centuries, Belgium served as the battleground between many European powers, earning the moniker the "Battlefield of Europe", a reputation strengthened by both world wars. The country emerged in 1830 following the Belgian Revolution, when it seceded from the Netherlands. Belgium participated in the Industrial Revolution and, during the course of the 20th century, possessed a number of colonies in Africa. The second half of the 20th century was marked by rising tensions between the Dutch-speaking and the French-speaking citizens fueled by differences in language and culture and the unequal economic development of Flanders and Wallonia. This continuing antagonism has led to several far-reaching reforms, resulting in a transition from a unitary to a federal arrangement during the period from 1970 to 1993. Despite the reforms, tensions between the groups have remained, if not increased; there is significant separatism particularly among the Flemish; controversial language laws exist such as the municipalities with language facilities; and the formation of a coalition government took 18 months following the June 2010 federal election, a world record. Unemployment in Wallonia is more than double that of Flanders, which boomed after the war.Belgium is one of the six founding countries of the European Union and its capital, Brussels, hosts the official seats of the European Commission, the Council of the European Union, and the European Council, as well as one of two seats of the European Parliament (the other being Strasbourg). Belgium is also a founding member of the Eurozone, NATO, OECD, and WTO, and a part of the trilateral Benelux Union and the Schengen Area. Brussels hosts the headquarters of many major international organizations such as NATO.Belgium is a developed country, with an advanced high-income economy. It has very high standards of living, quality of life, healthcare, education, and is categorized as "very high" in the Human Development Index. It also ranks as one of the safest or most peaceful countries in the world.

52.4
Hours
View route collection The ANWB ProMotor Tank Bag Tours of 2010
About this route collection
Ever since the early 90s of the last century, Promotor has been setting out the so-called Tank Bag Tours. You understand that the name still comes from the GPS-free era, when motorcyclists still searched their way on roads with a roadbook in the tank bag or router roll.