Countries in this route
Route by Hans v.d. Ven (RouteXpert)
Published: 27/02/2019
Since the beginning of the 1990s, Promotor has been issuing the so-called TankTasTochten. You understand that the name is still from the GPS-free era, when motorcyclists still searched their way on inland roads with a road book in the tank bag or routerol.

Ijzeren Rijn bij Vlodorp (Meinweg)
This TTT has the start and end point in Ospel * and is mainly beautiful roads through the Limburg country.
* Ospel is a village in the middle of the province of Limburg and is a church village within the municipality Nederweert. Ospel lies between the place Nederweert and Meijel, near the National Park De Groote Peel.

At Neeritter you cross the border with Belgium to pass it again at Maaseik, via Roosteren you drive to the fortified town of Stevensweert **.
** Together with Ohé and Laak, Stevensweert forms the "Island in the Meuse", an island formed by two (former) arms of the river Maas. The main stream of the river, to which Stevensweert is located, forms here the natural marking of the border with Belgium and is therefore also called Grensmaas.
Fortress city and fortifications
The original village was converted into a fortified town by the Spaniards during the Eighty Years' War. An earthen embankment with seven bastions and five ravelines was built around Stevensweert. Stevensweert has so far retained its rectangular circumference and geometric street pattern. The original rampart no longer exists. In 2007 a start was made on the reconstruction of a small part of the fortifications on the basis of historical map material of a bastion, raveline and accompanying canal north side of Stevensweert. These are now on display.

After Stevensweert it goes towards National Park Meinweg ***, where there is also a stop at Hotel St. Ludwig.
*** National Park De Meinweg is a national park with a size of approximately 18 km² in the Dutch province of Limburg east of Roermond, municipality Roerdalen. The area is surrounded by Germany on three sides and is part of the German-Dutch Grenspark Maas-Swalm-Nette (Source: Wikipedia).

After the break up to Roermond and the Maasplassen **** and back to the end of this TTT in Ospel.
**** The Maasplassen are artificial lakes on the Meuse in the Limburg Maasland. They are located in both Belgian and Dutch Limburg. Their joint area is about 30 km². The Maasplassen are gravel holes, they were created by the extraction of gravel that occurs due to deposition by the Meuse (Source: Wikipedia).

Along the entire route there are plenty of opportunities to pause at a café or restaurant. 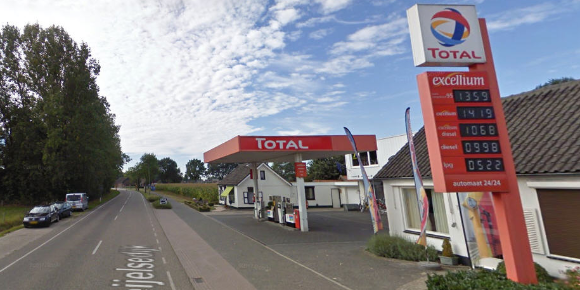 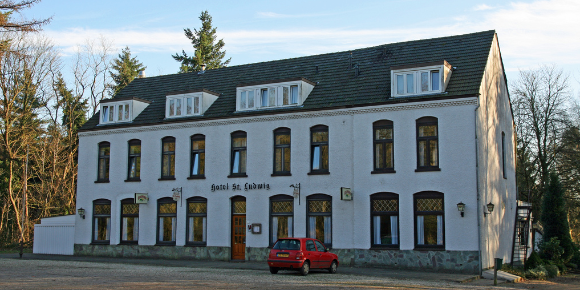 38.3
Hours
View route collection The 10 most beautiful car and motorcycle routes in Limburg
About this route collection
Limburg, who thinks of Limburg, thinks of flan, coal mines, marl and the hill country. The coal mines have been closed for almost 40 years, the last load of coal was lifted from the Oranje-Nassau coal mine in Heerlen on 31 December and, as they say, South Limburg was transformed from Black to Green and unfortunately there is not much left see this period.

But not only flan, marl and coal in Limburg, but also a very beautiful province to drive through by car or motorcycle and enjoy all the beautiful things that the province of Limburg has to offer. For this, the MyRoute app RouteXpert has compiled a Top 10 of Car and Motor Routes for you.

If you think so, I have a very nice route that should certainly not be missing from this collection, send it to:
email: routexpert@myrouteapp.com
Subject: New Route for the Top 10 collection Province of Limburg compiled by Hans van de Ven.

26.27
Hours
View route collection The ANWB ProMotor TankTasTocht of 2003
About this route collection
Ever since the early 90s of the last century, Promotor has been setting out the so-called Tank Bag Tours. You understand that the name still comes from the GPS-free era, when motorcyclists still searched their way on roads with a roadbook in the tank bag or router roll.

Have fun with this collection and while driving one of these routes. Enjoy all the beauty that the Netherlands, Belgium and Germany have to offer. Click on “View route” to read the review of the chosen route.