Countries in this route
Route by Hans v.d. Ven (MRA-Master)
Published: 18/01/2020
Since the beginning of the 90s of the last century, ANWB / Promoter has been deploying the so-called Tank Bag Tours (TTT). You understand that the name still comes from the GPS-free era, when motorcyclists still searched their way on roads with a roadbook in the tank bag or router roll.

These TTT are touring through the Netherlands with the occasional trip to Belgium, Germany or even Luxembourg, which are driven 6 to 7 times a year. The 1st around March and the last around October. These TTTs have a starting point, a pause location and an end point. It is nice to discover what you have not seen in your own country and which nice roads you did not know before.

This TTT is from 2018, so the route may differ slightly from the original.

Amerikaanse begraafplaats Margraten
The 4th Tank Bag Tour of 2018 has the start and end points in Maastricht.
A fantastic route through a rich landscape. Touring sloping fields, clear creeks and old churches built from carved marl. Protective Jesus and Mary statues along wonderful roads. Wooded slopes with real hairpin bends, over which it is blissful. With a soft 'G' for glowing or pleasure. Cruising through southern Limburg is enjoying a menu with all the ingredients of a delicious motorbike ride. That you may enjoy!

After leaving the Stadion de Geusselt you will soon leave Maastricht. Then the first ascent rates around Bemelen soon appear, confirming immediately what makes this TankTTourTour so appealing. If you pay attention, you will discover the openings of the marl quarries in the limestone grassland. The route here is already a mix of natural height differences in an unspoilt landscape. The hilly geography will make you feel the most tourist in your own country in Limburg. But there is literally more to it. The characteristic white-brown half-timbered houses give the villages a German character. Or is it typically Belgian? The borders have moved frequently in the past, which was imposed on the residents against their will and thanks.

The province of Limburg or parts of it have changed hands over the past centuries. In the 19th century, during strong border negotiations between the great powers, the idea was suggested to add Limburg to Germany for good. To the regret of the border residents, this was canceled, so that the province continued to oppose the Northern Netherlands authority. The strong, historic desire for Belgium also proved deeply rooted. The Limburgers were displeased that with the Belgian independence in 1830 the current Dutch Limburg was not awarded to the southern neighbors. That political toy caused unrest for a long time. The kinship with the rest of the Netherlands was anchored in the law, but the Limburgers were dependent on a thread. Times have changed and in the meantime the province is making a difference in tourism.

The lack of a flat landscape creates a relaxed holiday feeling. Motor and driver nevertheless have to work in this wonderful and especially winding region. Encouraging the engine from a rising bend quickly feels nice and familiar. Navigating over the asphalt with a difference in height and in a lateral movement gives a kick. But it continues to watch out for other road users. The province is not only loved by motorcyclists. Walkers, (all possible) cyclists, motorists and scooters share in the moving pleasure. Nevertheless, there is enough asphalt left to drive a nice motorcycle. On the N278 lies the impressive cemetery Margraten, where thousands of fallen Americans from the Second World War are buried. A visit to this out of reflection is a respectful recommendation.

There seems to be no end to the hills and winding roads, as well as the will to contain them. No practically flat polders with kale, but slopes with grape vines. Through the habitat of badger and cornwolf. Almost all gears on the engine are covered. Working with the hips is a very pleasant exercise. Due to the depth differences, the area also invites you to take pictures. There are enough options for that. At the Epenerbaan you have a beautiful panoramic view over the valley towards Belgium on the terrace of restaurant Buitenlust. The route then takes the southeastern village of Vaals. From a distance you can see the watchtower at the Three Country Point protruding above the forests around Vaals. The climb with a few hairpin bends here goes to the highest point in the Netherlands. Namely 322.4 meters above sea level. Those who still want to undertake a demarrage on foot may storm the 30-meter high Wilhelminators. It offers a spectacular panorama of Dutch, Belgian and German territory. This was once a four-country point, where the mini-state of Moresnet bordered on until the end of the First World War. The Via Dolorosa monument commemorates the brutal invasion of 1914 and the advance of German troops to Diksmuide.

After the wooded descent you arrive in Belgium, where it is quieter when it comes to non-motorized road users. Sufficient village terraces towards Eynatten offer opportunities for tasty food and Burgundian bulging. The impression that you are driving in Germany can be somewhat confusing, because Neu-Moresnet, for example, once belonged to German territory. That is the charm of an international cartographic micro area. Surrender to it. Via the Schönefelderweg you continue the route to Eupen where 90% of the population still speaks German. Along the way you will pass worthy castles that form a timeless unity with the environment. And the center of Eupen naturally fits in with the landscape.

Via the beautiful Vallée de la Gueule (the valley of the river Geul) you drive in a westerly direction along the Belgian-Dutch border. Via the N602 you cross the Maas, but you are still in Wallonia. Via the west bank of this rain river you cross the Dutch border again at Kanne. Just a look at the beautiful Chateaux Neercanne that shows off on the flank of the Neercannerberg. Another half an hour and you will enter Maastricht.

In the meantime, you are no doubt convinced that this TankTasTocht shows three times as much as the trips in other provinces. The versatility of the landscape is surprising and linguistically you are quickly refueled in Limburgish, Walloon French, German and the Platdietz dialect. That is why you will remember this TankTasTocht primarily as a beautifully full day trip that borders on optimal experience! (Source: Promoter 05-2018). 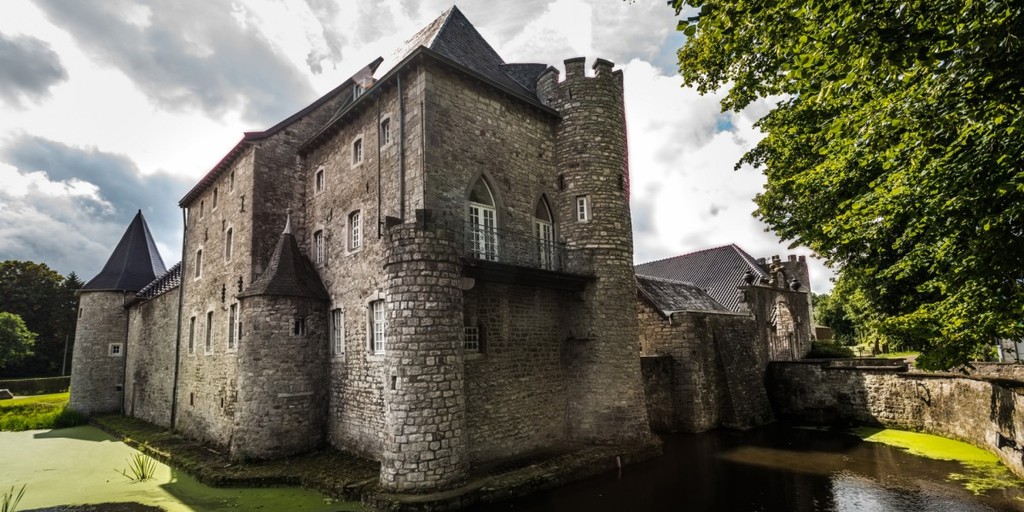 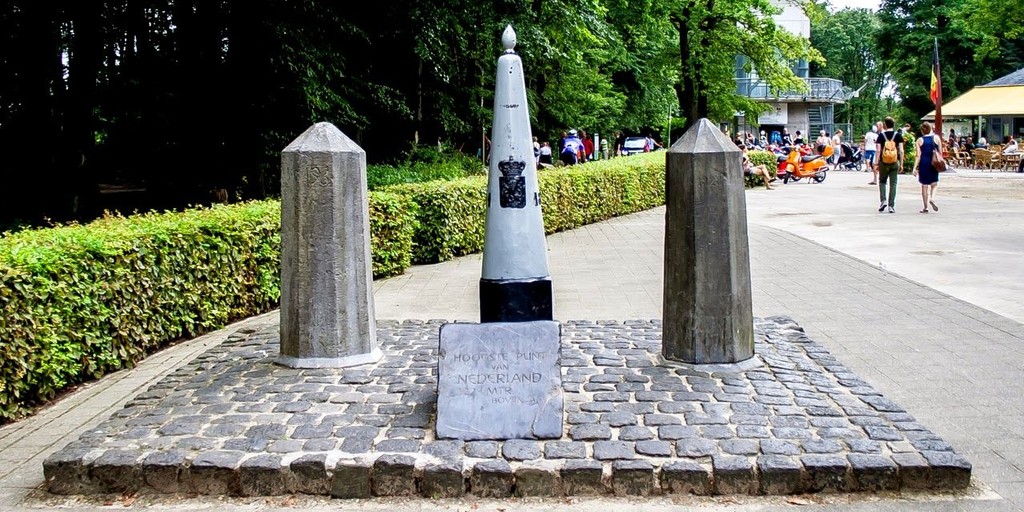 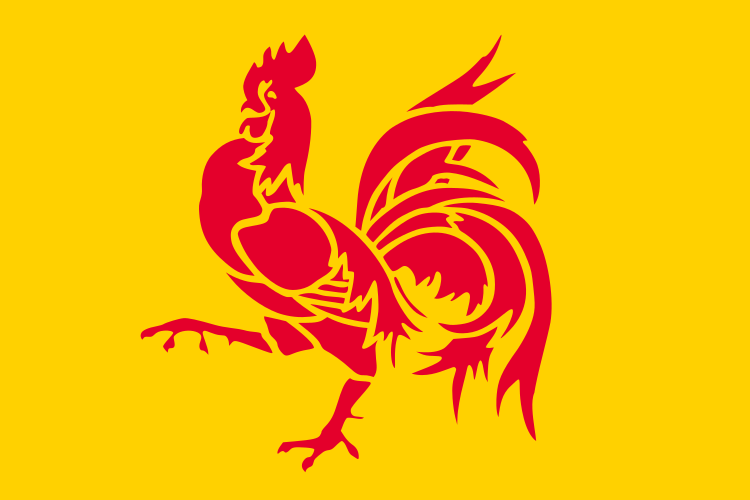 Wallonie
The images and text displayed here originate from the Wikipedia article "Wallonie", which is released under the Creative Commons Attribution-Share-Alike License 3.0.
About this region
The Walloon Region (French: Région wallonne [ʁeʒjɔ̃ walɔn]; German: Wallonische Region; Dutch: Waals gewest), usually simply referred to as Wallonia (; French: Wallonie [walɔni]; Walloon: Waloneye; German: Wallonien [vaˈloːni̯ən] (listen) or Wallonie [valoˈniː]; Dutch: Wallonië [ʋɑˈloːnijə] (listen)), is one of the three Regions of Belgium—alongside the Flemish Region and the Brussels-Capital Region.Covering the southern portion of the country, Wallonia is primarily French-speaking, and accounts for 55% of Belgium's territory, but only a third of its population. The Walloon Region was not merged with the French Community of Belgium, which is the political entity responsible for matters related mainly to culture and education, because the French Community of Belgium encompasses both Wallonia and the bilingual Brussels-Capital Region. There is a German-speaking minority in eastern Wallonia, resulting from the annexation of three cantons previously part of the German Empire at the conclusion of World War I. This community represents less than 1% of the Belgian population. It forms the German-speaking Community of Belgium, which has its own government and parliament for culture-related issues. During the industrial revolution, Wallonia was second only to the United Kingdom in industrialization, capitalizing on its extensive deposits of coal and iron. This brought the region wealth, and from the beginning of the 19th to the middle of the 20th century, Wallonia was the more prosperous half of Belgium. Since World War II, the importance of heavy industry has greatly diminished, and the Flemish Region has exceeded Wallonia in wealth as Wallonia has declined economically. Wallonia now suffers from high unemployment and has a significantly lower GDP per capita than Flanders. The economic inequalities and linguistic divide between the two are major sources of political conflicts in Belgium and a major factor in Flemish separatism. The capital of Wallonia is Namur, and the most populous city is Charleroi. Most of Wallonia's major cities and two-thirds of its population lie along the east–west aligned Sambre and Meuse valley, the former industrial backbone of Belgium. To the north of this valley, Wallonia lies on the Central Belgian Plateau, which, like Flanders, is a relatively flat and agriculturally fertile area. The south and southeast of Wallonia is made up of the Ardennes, an expanse of forested highland that is less densely populated. Wallonia borders Flanders and the Netherlands (the province of Limburg) in the north, France (Grand Est and Hauts-de-France) to the south and west, and Germany (North Rhine-Westphalia and Rhineland-Palatinate) and Luxembourg (Capellen, Clervaux, Esch-sur-Alzette, Redange and Wiltz) to the east. Wallonia has been a member of the Organisation Internationale de la Francophonie since 1980.

25.27
Hours
View route collection The ANWB ProMotor Tank Bag Tours of 2018
About this route collection
Ever since the early 90s of the last century, Promotor has been setting out the so-called Tank Bag Tours. You understand that the name still comes from the GPS-free era, when motorcyclists still searched their way on roads with a roadbook in the tank bag or router roll.