Rheinfall , het ontstaan van de Rijn
Today we are going to visit the cradle of the Rhine. The waterfalls of Schaffhausen are world famous because the Rhine is created here. Here, we are collecting appalling amounts of water that then find their way through Europe.
From Daheim we take the Schluchsee over inland roads towards Schaffhausen. Because we travel inside, we do not need to purchase an Autobahnn sticker for Switzerland. This will be the only visit to Switzerland during our midweek holiday.
Below I will show you how beautiful this day trip was by means of a number of atmospheric images. Because we have used slightly larger roads as the other day trips and have used a number of roads both back and forth, I have rated the route with 4 stars instead of 5 stars.
The roads that we have used both back and forth are so beautiful that we had to drive them twice. 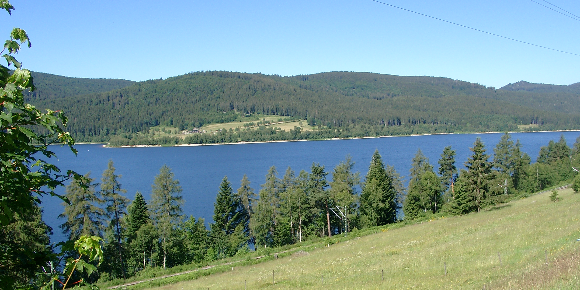 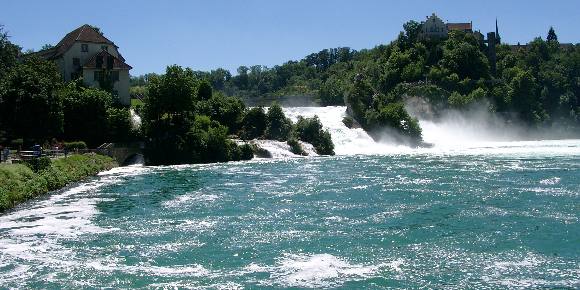 Baden Wurttemberg
The images and text displayed here originate from the Wikipedia article "Baden Wurttemberg", which is released under the Creative Commons Attribution-Share-Alike License 3.0.
About this region
Baden-Württemberg (, German: [ˌbaːdn̩ ˈvʏʁtəmbɛʁk] (listen)), officially the Country of Baden-Württemberg (German: Land Baden-Württemberg), is a state (Land) in southwest Germany, east of the Rhine, which forms the southern sector of Germany's western border with France. With more than 11 million inhabitants as of 2017 across a total area of nearly 35,752 km2 (13,804 sq mi), it is the third-largest German state by both area (behind Bavaria and Lower Saxony) and population (behind North Rhine-Westphalia and Bavaria). As a federated state, Baden-Württemberg is a partly-sovereign parliamentary republic. The largest city in Baden-Württemberg is the state capital of Stuttgart, followed by Mannheim and Karlsruhe. Other cities are Freiburg im Breisgau, Heidelberg, Heilbronn, Pforzheim, Reutlingen, Tübingen, and Ulm. What is now Baden-Württemberg was formerly the historical territories of Baden, Prussian Hohenzollern, and Württemberg. Baden-Württemberg became a state of West Germany in April 1952 by the merger of Württemberg-Baden, South Baden, and Württemberg-Hohenzollern. These states had just been artificially created by the Allies after World War II out of the existing traditional states Baden and Württemberg by their separation over different occupation zones. Baden-Württemberg is especially known for its strong economy with various industries like car manufacturing, electrical engineering, mechanical engineering, the service sector, and more. It has the third highest gross regional product (GRP) in Germany. Part of the Four Motors for Europe, some of the largest German companies are headquartered in Baden-Württemberg, including Daimler AG, Porsche, Robert Bosch GmbH and SAP. The sobriquet Ländle (a diminutive of the word "Land" in the local Alemannic and Franconian dialects) is sometimes used as a synonym for Baden-Württemberg.