Stelvio
Day 5 we drive from Ponte di Legno to Flums in Switzerland, a beautiful ride of 275 km with many beautiful passes.

The first pass is the Passo di Gavia (RP3), a mountain pass in the Italian Alps in the Lombardy region. It is one of the highest pass roads in Europe and the highest point is 2621m. The road leads right through the pristine Stelvio National Park and is very narrow, often no wider than three meters. Overtaking on the route is almost impossible, for which alternative places have been created. The Frigidolfo River flows deep into the valley. In some places there is no guardrail and next to the road there is an abyss of more than 500 meters deep. This makes this road one of the most dangerous mountain passes. So be careful, don't drive too fast and enjoy the beautiful surroundings.

Via Bormio we drive the Passo dello Stelvio, a well-known, heavy, notorious and high mountain pass in Europe. At RP10 there is an opportunity to shop and eat or drink something. Note that it can be busy, especially on weekends.
The highest point is at 2758 meters altitude (RP11). The Stelvio has 39 hairpin bends on the south side (Bormio) and 48 hairpin bends on the north side (Prato). We drive a round and the descent of the Umbrailpass (RP12) we ride twice, this narrow mountain pass also has many hairpin bends and a number of tunnels, note these are unlit.

The ride through Switzerland also goes through a number of passes, including the Flüela Pass (RP16), in the Canton of Graubünden between Davos and Susch. This pass, with a height of around 2400 meters, forms the main connection between the north of the Engadine and Davos. Next to the mountain pass is a small lake, the Schottensee (RP16). We also pass the Davosersee on the way to the Wolfgangpass (RP18) in Switzerland, located in the canton of Graubünden, this pass lies at an altitude of 1,631 meters.

We drive through the Gotschna tunnel (RP19), a two-lane tunnel in a tunnel tube of 4,207 meters long that makes a 180-degree bend on the south side and turns into the Sunnibergbrücke (RP20) on the north side, a beautiful span bridge of over 500 meters long. A beautiful view when you exit the tunnel.
We continue our way to our hotel in Flums along the Landquart river on a fairly quiet, flat valley road with nice gentle curves.
The Hotel is situated among the vineyards on a mountain with a beautiful view over the valley. Very friendly staff, spacious rooms (no air conditioning) and a good restaurant.

This route is worth 5 stars because of the beautiful passes and beautiful areas. 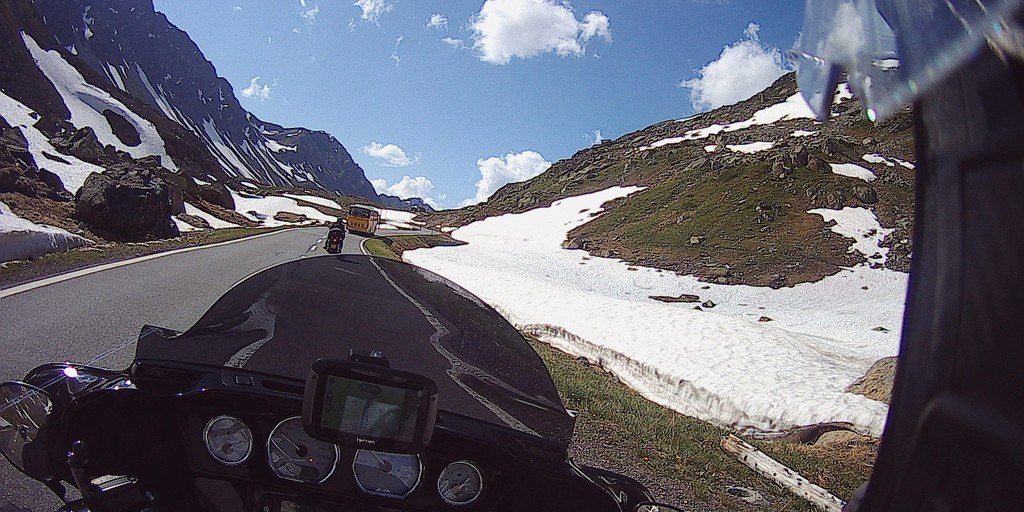 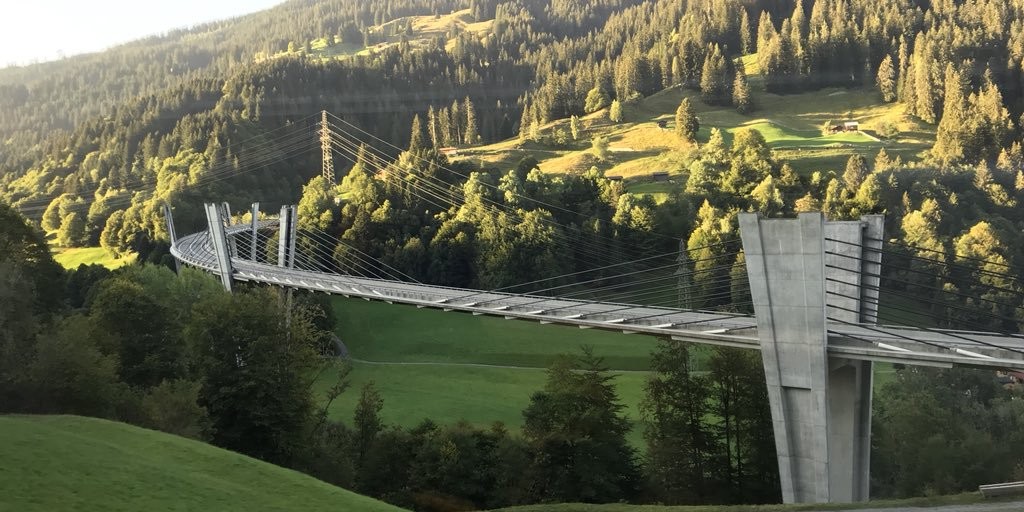 Trentino Zuid Tirol
The images and text displayed here originate from the Wikipedia article "Trentino Zuid Tirol", which is released under the Creative Commons Attribution-Share-Alike License 3.0.
About this region
The Indo-European languages include some 449 (SIL estimate, 2018 edition) languages and dialects spoken by about or more than 3.5 billion people (roughly half of the world population). Most of the major languages belonging to language branches and groups of Europe, and Western and southern Asia, belong to the Indo-European language family. Therefore, Indo-European is the biggest language family in the world by number of mother tongue speakers (but not by number of languages in which it is the 3rd or 5th biggest). Eight of the top ten biggest languages, by number of native speakers, are Indo-European. One of these languages, English, is the De facto World Lingua Franca with an estimate of over one billion second language speakers. Each subfamily or linguistic branch in this list contains many subgroups and individual languages. Indo-European language family has 10 known branches or subfamilies, of which eight are living and two are extinct. The relation of Indo-European branches, how they are related to one another and branched from the ancestral proto-language is a matter of further research and not yet well known. There are some individual Indo-European languages that are unclassified within the language family, they are not yet classified in a branch and could be members of their own branch. The 449 Indo-European languages identified in the SIL estimate, 2018 edition, are mostly living languages, however, if all the known extinct Indo-European languages are added, they number more than 800. This list includes all known Indo-European languages, living and extinct. A distinction between a language and a dialect is not clear-cut and simple because there is, in many cases, several dialect continuums, transitional dialects and languages and also because there is no consensual standard to what amount of vocabulary, grammar, pronunciation and prosody differences there is a language or there is a dialect (mutual intelligibility can be a standard but there are closely related languages that are also mutual intelligible to some degree, even if it is an asymmetric intelligibility). Because of this, in this list, several dialect groups and some individual dialects of languages are shown (in italics), especially if a language is or was spoken by a large number of people and over a big land area, but also if it has or had divergent dialects. The ancestral population and language, Proto-Indo-Europeans that spoke Proto-Indo-European, estimated to have lived about 4500 BCE (6500 BP), at some time in the past, starting about 4000 BCE (6000 BP) expanded through migration and cultural influence. This started a complex process of population blend or population replacement, acculturation and language change of peoples in many regions of western and southern Eurasia. This process gave origin to many languages and branches of this language family. At the end of the second millennium BC Indo-European speakers were many millions and lived in a vast geographical area in most of western and southern Eurasia (including western Central Asia). In the following two millennia the number of speakers of Indo-European languages increased even further. By geographical area, Indo-European languages remained spoken in big land areas, although most of western Central Asia and Asia Minor was lost to another language family (mainly Turkic) due to Turkic expansion, conquests and settlement (after the middle of the first millennium AD and the beginning and middle of the second millennium AD respectively) and also to Mongol invasions and conquests (that changed Central Asia ethnolinguistic composition). Another land area lost to non-Indo-European languages was today's Hungary due to Magyar/Hungarian (Uralic language speakers) conquest and settlement. However, in the second half of the second millennium AD, Indo-European languages expanded their territories to North Asia (Siberia), through Russian expansion, and North America, South America, Australia and New Zealand as the result of the age of European discoveries and European conquests through the expansions of the Portuguese, Spanish, French, English and the Dutch (these peoples had the biggest continental or maritime empires in the world and their countries were major powers). The contact between different peoples and languages, especially as a result of European colonization, also gave origin to the many pidgins, creoles and mixed languages that are mainly based in Indo-European languages (many of which are spoken in island groups and coastal regions).

These are routes for experienced drivers.