Countries in this route
Route by Hans v.d. Ven (MRA-Master)
Published: 03/03/2019
Since the beginning of the 1990s, Promotor has been issuing the so-called TankTasTochten. You understand that the name is still from the GPS-free era, when motorcyclists still searched their way on inland roads with a road book in the tank bag or routerol.

rp 21 - Noord-Sleen (Drenthe)
This TTT starts in Nieuweschans (Groningen) and is mainly about beautiful roads to Pesse in the province of Drenthe.

The 1st 3 km you drive parallel to the border with Germany towards Oude Schans, but you continue to follow the border until Roswinkel where you turn towards Emmen. You will pass through the town of Valthe and then you are about halfway along the route, time to stop for something to eat and drink. After lunch you continue towards Emmen, where you go around the end in Pesse. 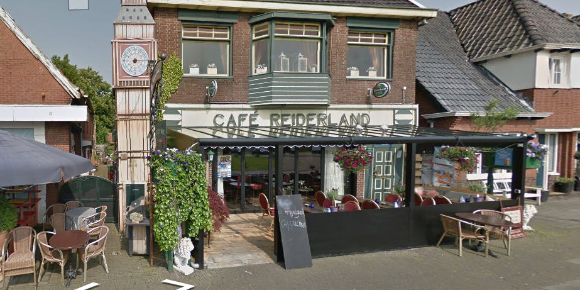 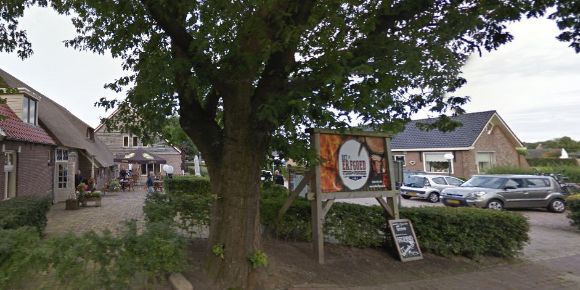 Use route
Share
Nedersaksen
The images and text displayed here originate from the Wikipedia article "Nedersaksen", which is released under the Creative Commons Attribution-Share-Alike License 3.0.
About this region
Dutch people (Dutch: Nederlanders) or the Dutch are a Germanic ethnic group native to the Netherlands. They share a common culture and speak the Dutch language. Dutch people and their descendants are found in migrant communities worldwide, notably in Aruba, Suriname, Guyana, Curaçao, Argentina, Brazil, Canada, Australia, South Africa, New Zealand, and the United States. The Low Countries were situated around the border of France and the Holy Roman Empire, forming a part of their respective peripheries, and the various territories of which they consisted had become virtually autonomous by the 13th century. Under the Habsburgs, the Netherlands were organised into a single administrative unit, and in the 16th and 17th centuries the Northern Netherlands gained independence from Spain as the Dutch Republic. The high degree of urbanization characteristic of Dutch society was attained at a relatively early date. During the Republic the first series of large-scale Dutch migrations outside of Europe took place. The Dutch have left behind a substantial legacy despite the limited size of their country. The Dutch people are generally seen as the pioneers of capitalism, and their emphasis on a modern economy, secularism, and a free market ultimately had a huge influence on the great powers of the West, especially the British Empire, its Thirteen Colonies, and ultimately the United States.The traditional arts and culture of the Dutch encompasses various forms of traditional music, dances, architectural styles and clothing, some of which are globally recognizable. Internationally, Dutch painters such as Rembrandt, Vermeer and Van Gogh are held in high regard. The dominant religion of the Dutch was Christianity (both Catholic and Protestant), although in modern times the majority are no longer religious. Significant percentages of the Dutch are adherents of humanism, agnosticism, atheism or individual spirituality.

28.95
Hours
View route collection The 10 most beautiful car and motorcycle routes in Groningen
About this route collection
Groningen (Gronings: Grönnen or Grunnen, Frisian: Grinslân) is a province in the north of the Netherlands with 584,094 inhabitants (1 January 2019), of which more than a third live in the capital of the same name Groningen. In addition to Dutch, Lower Saxon (Gronings) is also recognized as an official language in the province.

Not only your own language, but also a very beautiful province to drive through by car or motorcycle and enjoy all the beautiful things that the province of Groningen has to offer. For this, the MyRoute app RouteXpert has compiled a Top 10 of Car and Motor Routes for you.

If you think so, I have a very nice route that should certainly not be missing from this collection, send it to:
email: routexpert@myrouteapp.com
Subject: New Route for the Top 10 collection Province of Groningen compiled by Hans van de Ven.

Have fun with this collection and while driving one of these routes. Enjoy all the beauty that the Netherlands and in particular the province of Groningen has to offer. Click on “View route” to read the review of the chosen route.

21.16
Hours
View route collection The ANWB ProMotor Tank Bag Tours of 2006
About this route collection
Ever since the early 90s of the last century, Promotor has been setting out the so-called Tank Bag Tours. You understand that the name still comes from the GPS-free era, when motorcyclists still searched their way on roads with a roadbook in the tank bag or router roll.

In 2006, a stage from the Tour de France was driven as a Tank Bag Tour!

Have fun with this collection and while driving one of these routes. Enjoy all the beauty that the Netherlands, Germany, Belgium and Luxembourg have to offer. Click on “View route” to read the review of the chosen route.