Countries in this route
Route by Gerard Martens Route Expert
This route leaves at Biker Hotel Zur Schanze.
This route in the North West of Germany takes you past lakes and canals.
There is also much to see and discover on this route. Such a real shipyard where huge cruise ships are built.

We continue our route and drive south and drive along the Kustenkanal. At rp 13 we drive over the Schwaneburger brucke, then we arrive at the Thulsfelder Talsperre.
The 170-hectare Soeste reservoir in the town of Friesoythe and the Garrel and Molbergen communities were built in 1924-1927. The extensive dam area with shallow water, swamps, heathland and sandy areas developed a very valuable habitat for endangered animal and plant species very early on.
On the west side extends one of the largest moors of Lower Saxony. The area with its surroundings since 1938 a nature reserve and since 2000 also FFH area (Flora-Fauna-Habitat). We take a break at rp 18 beach Hotel Dittrich and can look over the lake there.

We drive on and come to rp 22 on the Automotive Testing Papenburg.
Various test tracks, fully equipped workshops and associated test facilities and a technical team are available to all national and international car manufacturers and their suppliers for the performance of test activities.

Arriving in Papenburg we drive along the Hauptkanal. Here rp 26 old ships are in the canal. This is a taste of what we will see later.
And then we arrive at rp 28 de Meyer Werft, where large cruise ships are being built. Ship models and an example booth can be admired in the Visitor Center of the Meyer Werft.

We drive on and go for Kreisstadt Leer at rp 31 over the Jann Berghaus Brucke. After Leer we go over a few dike roads and then cross the pound at rp 33. After the crossing with the cable pound we continue on the dikes and then arrive at our Biker Hotel Zur Schanze again.

This route gets 3.5 stars from me because the route has not yet been driven by me.
The rp 34 is therefore between skips 33 and 34 and is therefore skipping.
This route has been adapted for MRA Navigation / Garmin and TomTom. 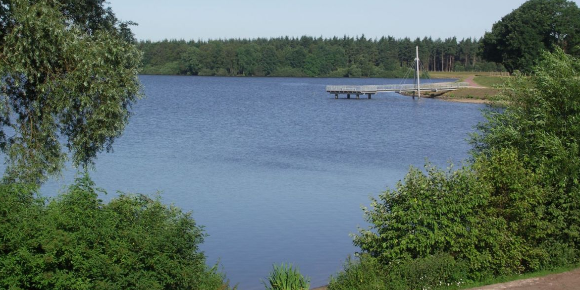 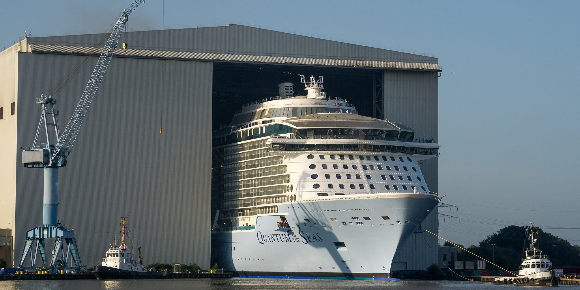 Use route
Share
Nedersaksen
The images and text displayed here originate from the Wikipedia article "Nedersaksen", which is released under the Creative Commons Attribution-Share-Alike License 3.0.
About this region
Dutch people (Dutch: Nederlanders) or the Dutch are a Germanic ethnic group native to the Netherlands. They share a common culture and speak the Dutch language. Dutch people and their descendants are found in migrant communities worldwide, notably in Aruba, Suriname, Guyana, Curaçao, Argentina, Brazil, Canada, Australia, South Africa, New Zealand, and the United States. The Low Countries were situated around the border of France and the Holy Roman Empire, forming a part of their respective peripheries, and the various territories of which they consisted had become virtually autonomous by the 13th century. Under the Habsburgs, the Netherlands were organised into a single administrative unit, and in the 16th and 17th centuries the Northern Netherlands gained independence from Spain as the Dutch Republic. The high degree of urbanization characteristic of Dutch society was attained at a relatively early date. During the Republic the first series of large-scale Dutch migrations outside of Europe took place. The Dutch have left behind a substantial legacy despite the limited size of their country. The Dutch people are generally seen as the pioneers of capitalism, and their emphasis on a modern economy, secularism, and a free market ultimately had a huge influence on the great powers of the West, especially the British Empire, its Thirteen Colonies, and ultimately the United States.The traditional arts and culture of the Dutch encompasses various forms of traditional music, dances, architectural styles and clothing, some of which are globally recognizable. Internationally, Dutch painters such as Rembrandt, Vermeer and Van Gogh are held in high regard. The dominant religion of the Dutch was Christianity (both Catholic and Protestant), although in modern times the majority are no longer religious. Significant percentages of the Dutch are adherents of humanism, agnosticism, atheism or individual spirituality.