Countries in this route
Route by Hans v.d. Ven (MRA-Master)
Published: 12/05/2020
Since the early 90s of the last century, ANWB / Promotor has put out the so-called Tank Bag Tours (TTT). You understand that the name dates from the GPS-less era, when motorcyclists still made their way on back roads with a roadbook in the tank bag or route roll.

These TTT are tours through the Netherlands with an occasional trip to Belgium, Germany or even Luxembourg, which are held 6 to 7 times a year. The 1st around March and the last around October. These TTT have a starting point, a pause point and an end point. It is nice to discover what you have not seen in your own country and which nice roads you did not know.

This TTT may differ slightly from the original.

I have checked all route points and placed them neatly on the road where necessary. Also, if necessary, I set the starting point and end point of the route a little further apart to avoid navigating directly to the end point and added the POI files of the start and end point as well as possible pause point (s).

Pay attention! Due to the tightened measures due to the Corona crisis, you may find yourself in front of a closed door, so bring some food and drinks with you on the way.

Burg Bentheim
Chauvinism just means you've never been anywhere else. Then your village, city or region will soon be number one. Can I still make an exception? Tank bag tour number two passes through Twente and the neighboring Germany. And I agree with those Tukkers. It is so horribly beautiful, that slightly undulating landscape of scenery near Oldenzaal and Enschede, all those hidden roads, the bulging ash, the red pointed roofs of the farms here and there.

And don't think now: boring! Also deep in the province, sex, drugs and rock 'n roll demand the full attention of everything that lives. In the Palthe house in Oldenzaal, for example, you come across the book Naughty boys and girls, from 1859 - even then. And barely ten kilometers away, in Singraven House, there used to be a Willem Frederik Jan Laan, who had a servant and eh … Those two were also naughty! Yes yes, and then Nina Hagen is yet to come. In the Rock'n'Pop Museum in Gronau she shows how to best satisfy a woman on film! Dressed then, eh, but still. Now the impression may light that you are here in the Sodom and Gomorrah of the East. Nonsense of course, this is still the land of the noabers, of the ancient bastard shooting and the child shop.
While the mother is recovering from the hospital in the hospital, the men from the street come to congratulate the happy father in the evening. That of course means drinking. And pinkeln, or pee!

So total innocence and those who are not yet convinced: on the way you will be chased on the radio by Radio Maximus. The party starts at the end of the A1, in Oldenzaal. You'll be through in no time, but it immediately feels familiar. The Groote Markt with some narrow streets around it, the Steenstraat in which there is still a stamp shop, the sturdy tower of St. Plechelmus. And then that corner at the Palthe house, recreate it.

If you fancy a coffee before you leave, just walk into grand café Markant, at the Groote Markt. Great address, with Bob Marley on the turntable and an unadorned manageress who has seen a lot; you don't fool her. The grandson, a blond boy with the blushes still on the cheeks, is allowed to help. As soon as you leave Oldenzaal via Postweg, it is an immediate hit. Narrow roads through a slightly undulating land with behind the convex ash always the collar of a forest or the red pointed roof of a farm from Twente. It is nice to steer, through small-scale farmland and for miles. Soon you enter Germany. It is a lot quieter, with less buildings and less spread out farms, but also more boring. Gildehaus is very quiet! How quiet, how empty, how meaningless can a place be? Just if you want to ask "Gildehaus, tell me your secret" the answer shows itself, on Gronauer Straße and Im Sieringhoek. There appears to be part of the village on top of a ridge, magnificent, with real vistas.

Of course you visit Schloß Bentheim, with walls five meters thick! At the Rock'n'Popmuseum in Gronau you should really take a look. The city itself is a shadow of its past. The heart is a barren plain where huge textile factories once stood. Most of them have been demolished and some are waiting for a destination. In one of those remains is now a museum that is packed to the brim with the icons from after the war, the icons with whom you grew up. Not to mention names, but they're all there, yes, including his Bobness, and Screamin 'Jay Hawkins and Aretha Franklin at the Concertgebouw and Freddy Mercury when he sings' We are the Champions' in a packed Wembley stadium.

On your way to Oldenzaal, you will visit the Enschede synagogue before concluding this 3-star TTT. Not only a place of worship, but nowadays also a museum. Architect Karel de Bazel provided the building from 1928 with extraordinarily rich details, but man is missing, because it is said in the Jewish faith: "Man is the only one who is not yet finished." What a wonderful idea. And so true! 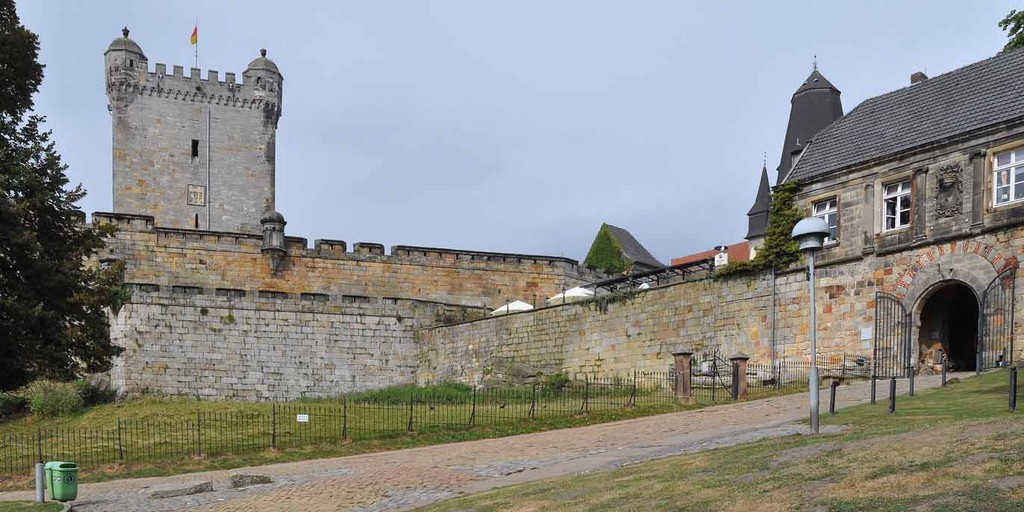 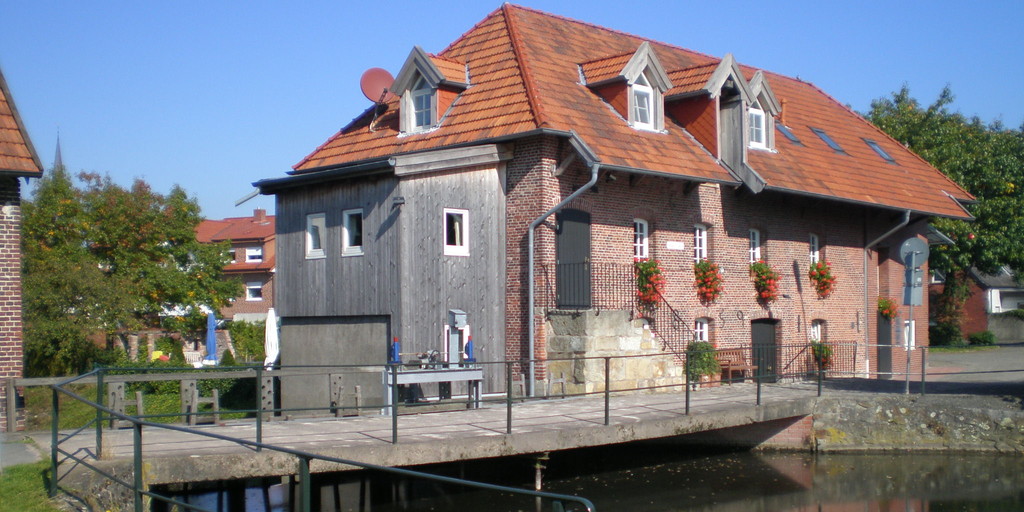 Use route
Share
Noordrijn Westfalen
The images and text displayed here originate from the Wikipedia article "Noordrijn Westfalen", which is released under the Creative Commons Attribution-Share-Alike License 3.0.
About this region
The following table contains a list of Dutch exonyms for places located in Germany. The places can be sorted alphabetically by either their Dutch or English name by clicking on the arrows (▲▼) at the top of the respective columns..