Route Summary
I made this beautiful route through the Vulkaneifel in 2013 and drove it in August 2013.

RouteXpert Review
It is nice to see that 6 years ago I already managed to find the nice (motor) roads in BaseCamp without using the Michelin map, as it is now available in MyRoute-app.

As indicated in the title, this route will start and end in Daun, at Eifel Hotel Daun.

Very nice route to drive through beautiful winding roads, interspersed with the occasional hairpin bend through the Vulkaan-Eifel. This route is also good for the novice motorcyclist to ride. There are plenty of opportunities to stop on the way.

Because I drove this route myself, I rate it with 5 stars.

Info Vulkaneifel:
The Volcanic Eifel is part of the Rhenish Slate Plateau, a low mountain range that also includes the Ardennes, Sauerland, Hunsrück and Taunus. It gets its name from the volcanic activity that shaped the landscape. Even today, clear traces can be seen in the form of craters, natural gases, lava formations and maars, lakes in craters formed by explosive volcanism.
From the Tertiary on there was a lot of volcanic activity. The last eruptions date back to only about 10,000 years ago. The volcanoes in the Eifel have formed above a hotspot, which is still active: the surface continues to rise by 1 to 2 mm every year. Between the eruptions there was in the past 10,000 to 20,000 years of relative calm, which leaves room for the suggestion that the Volcano-Eifel could become active again in the future.
Furthermore, there are many special buildings from the Celtic, Roman, medieval and later periods in the Volcano-Eifel.
A cold water geyser with the name Wallende Born can be found in the town of Wallenborn.
The location of the Vulkaneifel is roughly the same as the volcanic belt of the West Eifel. Scientists have identified about 350 eruption centers on a strip of about 30 km wide and 50 km long. In the landscape image, volcanic landforms such as maars or cone-shaped hills stand out. (Source: Wikipedia) 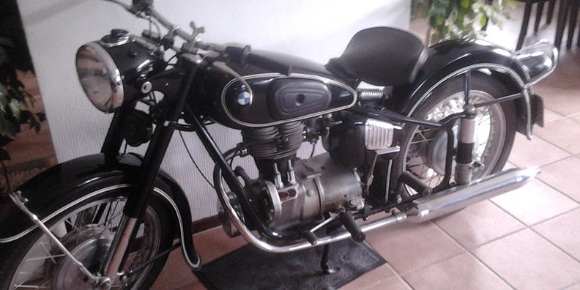 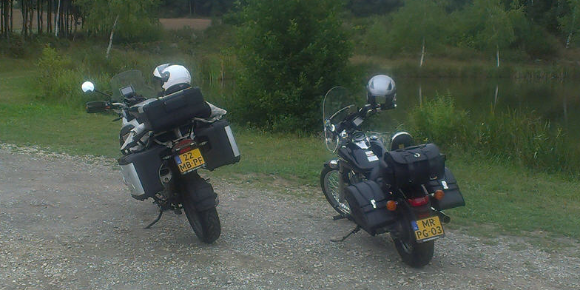 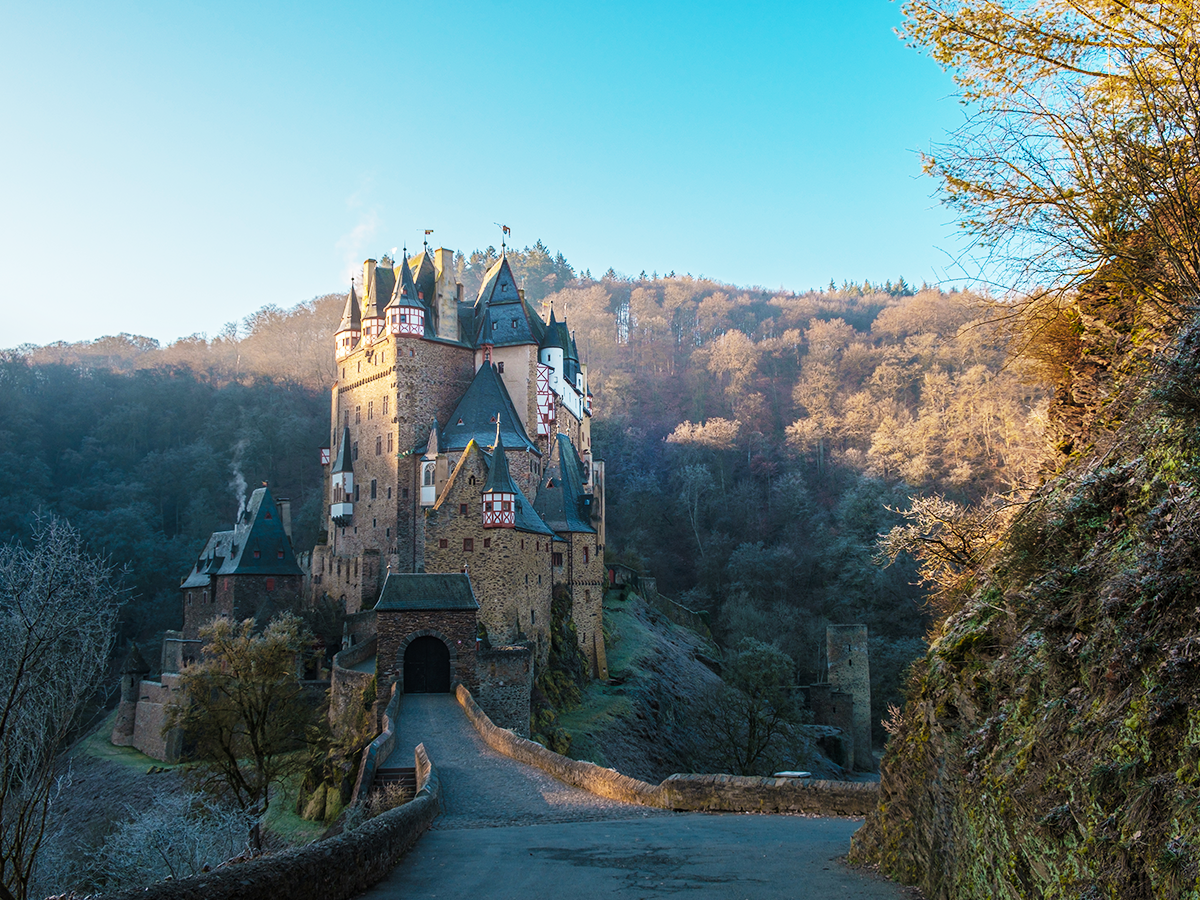 Rheinland Pfalz
About this region
Rhineland-Palatinate (German: Rheinland-Pfalz, [ˈʁaɪ̯nlant ˈp͡falt͡s] (listen)) is a western state of Germany. It covers 19,846 km2 (7,663 sq mi) and has about 4.05 million residents. It is the ninth largest and sixth most populous of the sixteen states. Mainz is the capital and largest city. Other cities are Ludwigshafen am Rhein, Koblenz, Trier, Kaiserslautern and Worms. It is bordered by North Rhine-Westphalia, Saarland, Baden-Württemberg and Hesse and by the countries France, Luxembourg and Belgium.
Rhineland-Palatinate was established in 1946 after World War II, from parts of the former states of Prussia (part of its Rhineland province), Hesse and Bavaria (its former outlying Palatinate kreis or district), by the French military administration in Allied-occupied Germany. Rhineland-Palatinate became part of the Federal Republic of Germany in 1949 and shared the country's only border with the Saar Protectorate until the latter was returned to German control in 1957. Rhineland-Palatinate's natural and cultural heritage includes the extensive Palatinate winegrowing region, picturesque landscapes, and many castles and palaces.
Read more on Wikipedia View region

Route Collections in this region
Top 5 Car and Motorcycle Routes in the Eifel
The Eifel is the eastern part of the medium plateau Eifel-Ardennes. It is located north of the Moselle and west of the Rhine. The largest part is in Germany, a small part is in Belgium, in the East Cantons. The German part of Eifel is located in the federal states of North Rhine-Westphalia and Rhineland-Palatinate. The highest point is the Hohe Acht with 747 meters.

Several chains can be distinguished in the Eifel:
 The northernmost part is called the Nordeifel, which in Belgium connects to the High Fens;
 To the east of this is the Ahrgebirge, this part is located north of the Ahr in the Ahrweiler district;
 South of the Ahr is the Hohe Eifel (or Hocheifel), of which the Hohe Acht (747 m) is the highest point, and also the highest point in the entire Eifel region;
 To the west, near the Belgian border, the hills are known as Schneifel, part of the wider Snow Eifel area with peaks reaching up to 698 metres;
 South and east of the Hohe Eifel is the Volcano-Eifel, a volcanic area with many crater lakes (Maare).
 The southern part of the Eifel is less high. The area is bisected by streams and rivers running southwards. These streams flow into the Moselle. The largest of these rivers is the Kyll; the hills around this river are known as the Kyllwald;
 In the south, the Eifel ends in the Voreifel.

In the north of the Eifel there are some large reservoirs. The largest of these is the reservoir in the Roer that was created by the construction of the Roerdal dam.

Well-known throughout the Netherlands and Belgium by car and motorcyclists, so reason enough for the MyRoute app RouteXpert to compile a Top 5 of Car and Motorbike routes for you.

If you think, I have a very nice route that should certainly not be missing from this collection, send it to:
 email: routeexpert@myrouteapp.com
 Subject: New Route for the Top 5 collection Eifel composed by Hans van de Ven.

Have fun with this collection and while driving one of these routes. Enjoy all the beauty that the Eifel has to offer. Click on “View route” to read the review of the chosen route.

View Route Collection
5 Routes
1198.51 km
27.17 Hours
11 day trip from the Netherlands
8 countries in 11 days; The Netherlands, Germany, Austria, Italy, Switzerland, France, Luxembourg and Belgium. This route collections consists of 10 routes that I have driven with friends in the summer of 2019.