Countries in this route
Route by Hans v.d. Ven (MRA-Master)
Published: 10/08/2019
Ever since the early 90s of the last century, Promotor has been setting out the so-called Tank Bag Tours. You understand that the name still comes from the GPS-free era, when motorcyclists still searched their way on inland roads with a roadbook in the tank bag or router roll.

* The NS-Ordensburg Vogelsang is a former training camp of the NSDAP in the German Eifel, near the Belgian border in the German state of North Rhine-Westphalia.
Location
The concept of Ordensburg arose in response to the need of the party and the state administration to acquire stronger symbols from German history and to give them a different explanation ideologically. Three such fortresses were built to retrain the military elite of the Third Reich in particular, this fortress, the Ordensburg Sonthofen and the Ordensburg Krössinsee. Each castle had a special assignment in the training.

This castle, built between 1934 and 1936 to a design by Clemens Klotz, housed five hundred SA people (Ordensjunkers) until the start of WWII. In the Ordensburg, the Nazis indoctrined recruits between 25 and 30 years old in their racial doctrine. The extensive complex comprised community houses (so-called Kameradschaftsraüme), dormitories, sports facilities and a Thingplatz used as an auditorium. During the Second World War the complex was used as a barracks of the Wehrmacht.

After the Second World War, the Vogelsang became a military training area for various NATO countries; first for the British and from 1950 to 2005, for the Belgian armed forces. The Dutch Army also stayed there many times.

Current destination
In 2006, the monumental complex was opened to the public as part of the Eifel National Park. A year-long renovation was completed on 11 September 2016 and a museum was opened. The museum is open daily. In 2015, it was announced that part of the former elite school of the Third Reich would be transformed into a reception center for asylum seekers. It concerns De Schelde quarter that was established after the war. (Source: Wikipedia)

Route details:
The route has been made the same for TomTom, Garmin and MyRoute-app Navigation users.
rp 1 - Starting point at Stangl Wirtin in Prum
rp 10 - Camp Vogelsang, possibility for a tour and a cup of coffee.
rp 23 - Lunch stop at Bikertreff Beim Holzschnitzer
rp 32 - Coffee stop at Gasthaus / Pension Fünfmädelhaus
rp 38 - Refueling at Aral in Prum
rp 39 - End point at Stangl Wirtin in Prum 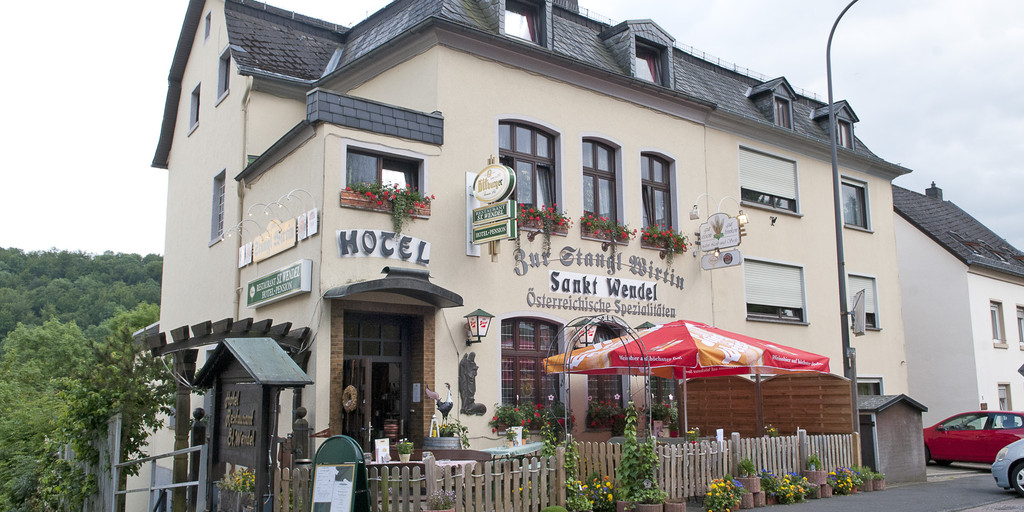 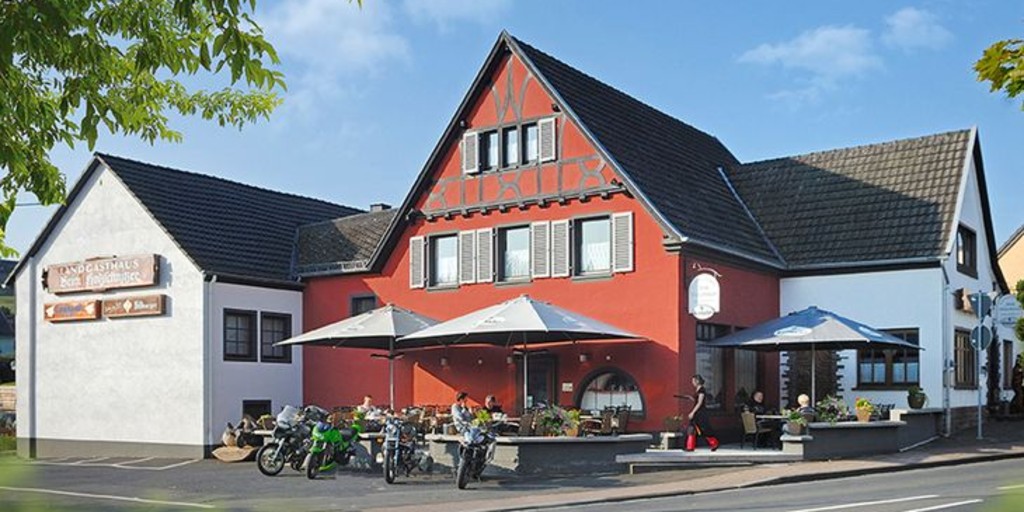 Use route
Share
Rijnland Palts
The images and text displayed here originate from the Wikipedia article "Rijnland Palts", which is released under the Creative Commons Attribution-Share-Alike License 3.0.
About this region
The following table contains a list of Dutch exonyms for places located in Germany. The places can be sorted alphabetically by either their Dutch or English name by clicking on the arrows (▲▼) at the top of the respective columns..

36.87
Hours
View route collection The ANWB ProMotor Tank Bag Tours of 2012
About this route collection
Ever since the early 90s of the last century, Promotor has been setting out the so-called Tank Bag Tours. You understand that the name still comes from the GPS-free era, when motorcyclists still searched their way on inland roads with a roadbook in the tank bag or router roll.

In this collection you will immediately see a 3-day TTT in the Eifel where you stay in the town of Prum.

In this collection you visit the following countries and provinces: