Round trip from Negreira

Motor and car route
Round trip from Negreira

RP 11 View towards Fisterra Lighthouse
Costa de la Muerte; "Death Coast". Rocky headlands, winding inlets, small fishing towns, plunging cliffs, wide sweeping bays and many a remote, sandy beach – this is the eerily beautiful 'Coast of Death'.
This route starts from Negreira and heads towards the spectacular coastline that this area is known for by following the DP-5602. This road is surfaced along it's entire length but is very narrow in places as you pass through the forestry areas. It has a feeling of a forest trail in places as the trees are so close and the road so narrow, very enjoyable though. The route reaches the coast and then you cross over the Lancano Bridge and follow the coastline. There are many view points to stop for photo's and a particularly good one is at RP 9 where you have the spectacular coast in front of you and a great view of the Xallas Dam behind you.
The route now heads for Cape Finisterre which is the last stopover for pilgrims who make a pilgrimage to Santiago de Compostela. The legendary Lighthouse of Finisterre was constructed in the year of 1853 at the tip of Cape Finisterre. When the skies are clear and the sun is shining brightly, one can enjoy the view of the famous Galician lighthouse from up to 30 kilometers out at sea. The lighthouse is a reminder of numerous marine battles that occurred between the French and English around the cape. Furthermore, countless shipwrecks from ancient and current times rest on the bottom of the Atlantic. Due to its bloody history and jagged coastline, the jagged coast of Finisterre is often, aptly called the Coast of Death.
I would suggest a lunch stop at Finisterre after visiting the lighthouse, there are many restaurants there with something to please everyone.
Further up the coast is Cape Touriñan, the most western point in Spain and another lighthouse. The western point of the cape, called Os Buxeirados, has a series of rocks that go into the sea around 300 to 400 metres, known as A Laxe de Buxeirados or Bajos de Buxeirados. These rocks have proved dangerous for navigation, causing some serious shipwrecks.
We head to the end of the Death Coast now and visit the remote and exposed chapel St Adrián at RP 22 with beautiful coastal views.
The route now heads back to the start point at Negreira using a mixture of rural and trunk roads.
I have awarded this route with 4 stars**** The roads are good and the scenery and attractions are very good. 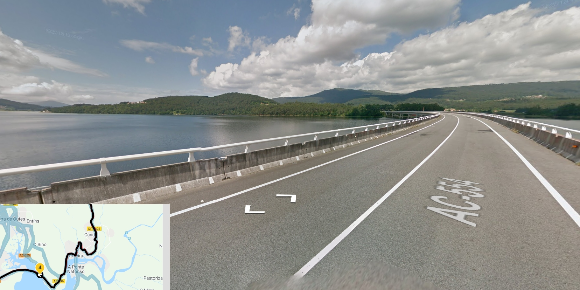 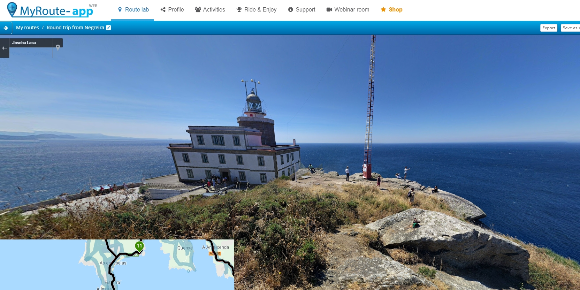 Galicie
The images and text displayed here originate from the Wikipedia article "Galicie", which is released under the Creative Commons Attribution-Share-Alike License 3.0.
About this region
Eastern Galicia, or Eastern Halychyna (Ukrainian: Східна Галичина) is a geographical region in Western Ukraine (present day oblasts of Lviv, Ivano-Frankivsk and Ternopil) and Poland that has historic importance. Galicia was formed within the Austrian Empire during the years 1772–1918. Eastern Galicia now includes all of the Lviv and Ivano-Frankivsk Oblasts (regions) of Ukraine as well as Ternopil Oblast, with its northern strip bordering the Raions of Kremenets, Shumsk and Lanivtsi and the northern part of Zbarazh Raion. The area of Eastern Galicia is about 46,800 km2 (18,100 sq miles).