Countries in this route
Route by René Plücken (RouteXpert)
Published: 03/11/2019
I made this route based on the route description made by Bert Loorbach in the Motortourgids part 1 France, this is route 22 "The northern part of the Périgord, the Périgord Vert".

RP5 Bridge de Bourdeilles
This route from the Motorbike guide France part 1 is a tour through the northern part of the Périgord that starts and ends in Brantôme.

Bert Loorbach, the writer, is an enthusiastic motorcyclist himself and lived in France for a year and a half. During that time he devoted himself to mapping the unknown and beautiful roads of France especially for motorcyclists.
Hotels, campsites, places of interest, parking spaces and restaurants are listed as POIs.

The starting point Brantôme is a beautiful town in the valley of the Dronne. The route takes us through the somewhat quieter area of the Dordogne, where it is very wet and green.
The first part we drive on a beautiful road along the banks of the Dronne to Bourdeilles, at the foot of the impressive Château de Bourdeilles (RP4) which is built on the rocks with spectacular panoramas. You can visit this castle and it will take you around 1½ hours. The best place to park is just outside the village, such as at RP5. You can then walk back over the bridge.

We drive along the Dronne to Ribérac, this is possible in 2 ways; along the south bank via the D78 and the D710 or along the north bank. That route is a bit more complicated and leads along a small road, so this route is also nicer to drive and included in this route.

We drive along beautiful roads through beautiful villages, where it is worth stopping for a photo now and then.
From Sairn Séverin we take the D17 along the river Lionne to Villebois-Lavalette (RP18), where we stop for lunch.

After lunch follows a vast stretch through the wooded area "Forêt d'Horte" towards Marton. From Marthon we drive through a beautiful rolling and green area to Nontron (RP24) where you could also take a break.

After Nontron we drive down again through a beautiful green and hilly landscape to the end point in Brantôme.

This route takes you through a beautiful and peaceful area with a number of sights and I appreciate it with 4 stars. 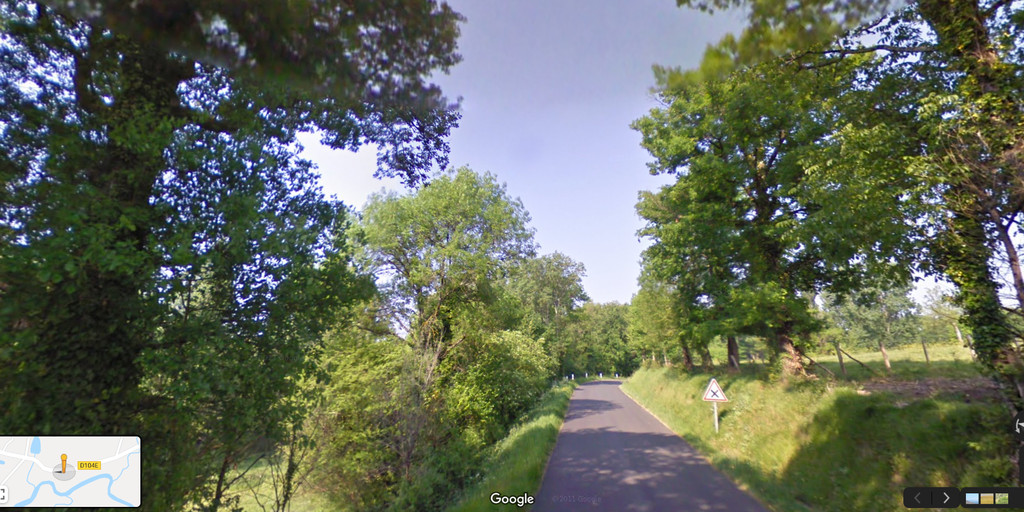 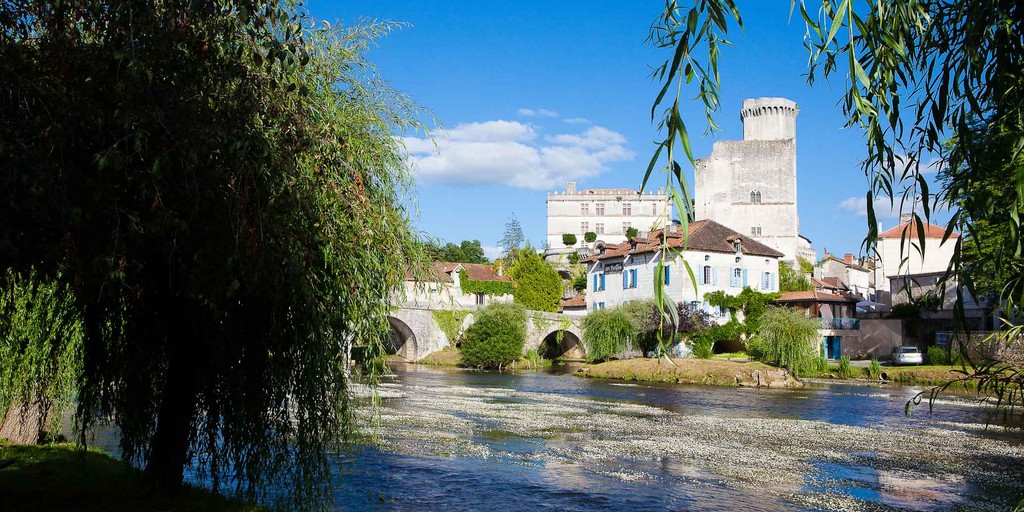 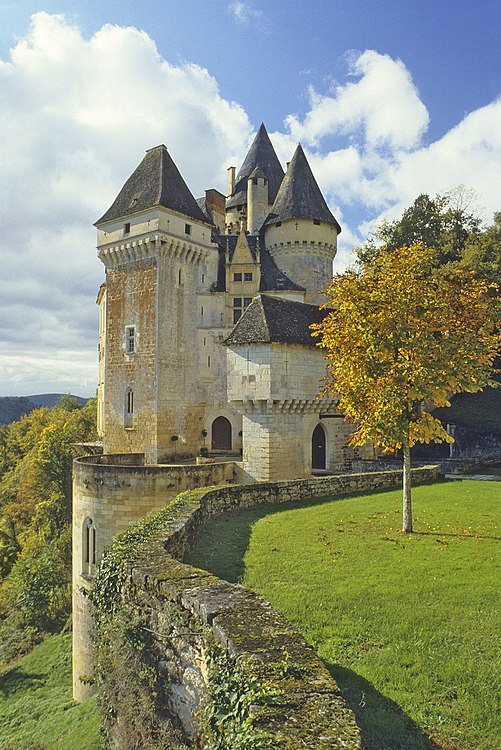 Nouvelle Aquitaine
The images and text displayed here originate from the Wikipedia article "Nouvelle Aquitaine", which is released under the Creative Commons Attribution-Share-Alike License 3.0.
About this region
Nouvelle-Aquitaine (; French: [nuvɛl akitɛn], "New Aquitaine" ; Occitan: Nòva Aquitània [ˈnɔβo akiˈtanjo], or Novèla Aquitània [nuˈβɛlo akiˈtanjo]; Basque: Akitania Berria; Poitevin-Saintongeais: Novéle-Aguiéne) is the largest administrative region in France, spanning the west and southwest of the mainland. The region was created by the territorial reform of French Regions in 2014 through the merger of three regions: Aquitaine, Limousin and Poitou-Charentes. It covers 84,036 km2 (32,446 sq mi) – or ​1⁄8 of the country – and has 5,956,978 inhabitants (municipal population on 1 January 2017).. The new region was established on 1 January 2016, following the regional elections in December 2015.It is the largest region in France by area, with a territory slightly larger than that of Austria; even French Guiana is smaller. Its largest city, Bordeaux, together with its suburbs and satellite cities, forms the 7th-largest metropolitan area of France, with 850,000 inhabitants. The region has 25 major urban areas, among which the most important after Bordeaux are Bayonne (288,000 inhabitants), Limoges (283,000), Poitiers (255,000), Pau (241,000), and La Rochelle (206,000), as well as 11 major clusters. The growth of its population, particularly marked on the coast, makes this one of the most attractive areas economically in France; the new region outperforms the Île-de-France and Provence-Alpes-Côte d'Azur in demographic dynamism. After Île-de-France, New Aquitaine is the premier French region in research and innovation, with five universities (Bordeaux, La Rochelle, Limoges, Poitiers and Pau) and several Grandes Ecoles. The agricultural region of Europe with the greatest turnover, it is the French region with the most tourism jobs, as it has three of the four historic resorts on the French Atlantic coast: (Arcachon, Biarritz and Royan), as well as several ski resorts (e.g. Gourette), and is the fifth French region for business creation (all sectors). Its economy is based on agriculture and viticulture (vineyards of Bordeaux and Cognac), tourism, a powerful aerospace industry, digital economy and design, parachemical and pharmaceutical industries, financial sector (Niort is the fourth-largest financial center in the nation, specialising in mutual insurance companies), and industrial ceramics (Limoges). The new region includes major parts of Southern France ("Midi de la France"), marked by Basque, Occitan, Poitevin and Saintongeais cultures. Historically, it is the "indirect successor" to medieval Aquitaine, and extends over a large part of the former Duchy of Eleanor of Aquitaine.

85.96
Hours
View route collection 25 Magnificent routes in France
About this route collection
This MRA route collection contains 25 beautiful motorcycle routes in different parts of France, such as the Ardennes, Alsace, Vercors, the Drôme, the Ardèche, Cote d'Azure, Gorges du Verdon, the Ariège, the Dordogne and Brittany.

The routes have been carefully made by Bert Loorbach, who himself is an enthusiastic motorcyclist. He lived in France for a year and a half and during that time he focused on mapping the unknown and beautiful roads of France especially for motorcyclists.

I have taken over the routes in MRA and sometimes adjusted something to make them even more interesting for the motorcyclist.