Countries in this route
Route by Marcel Scherpenkate-RouteXpert
Orignal route by Rob van der Aa
This breathtakingly beautiful route takes you through the Scottish highlands! (Highlands) I drove this route in 2018 during my motorcycle vacation through Scotland, and leads you along beautiful roads through the Rannocher Moor to Glencoe and then with the ferry across Loch Linnhe to the historic Glenfinnan.

Glenfinnan
Scotland is a very beautiful country, known for its historic castles and the beautiful lakes. But certainly also from the of the Scottish Highlands. You can actually divide the country into two areas: the Highlands and the Lowlands. The Lowlands cover the part of the country that has hardly any serious hills or mountains. This is the densely populated area and is concentrated in the south and east of the country. Within the Lowlands are the largest cities such as Glasgow, Edinburgh and Aberdeen. If we have left these big cities behind, we will soon be in a totally different environment, the Highlands. These cover the western and northern part of the country, they are often hilly or mountainous, contain many so-called 'lochs' (lakes and coves) and are sparsely populated. In terms of nature, this is by far the most beautiful region in the country. There is much to see and experience on this route, too much actually and that is why I want to highlight a number of highlights so that you can make the choice yourself.

The route starts in Dumbarton at Hotel Dumbuck House hotel, seen on the outside a little run down, but neat inside. (See link). In Dumbarton you immediately have the opportunity to visit a historic location, the Dumbarton Castle. The Castle is located on the Firth of Clyde, where the rivers "Leven" and "Clyde" come together. The castle is situated on a volcanic rock with two peaks, known as Dumbarton Rock. Probably this place was already inhabited in the Iron Age. A visit is really worth it, you have to be agile because it is a steep climb, around 350 steps together. But once you have reached the top you have a beautiful view of the river and surroundings.

The route covers the first 90 km on excellent roads, beautiful curves and rolling countryside to finally arrive in Inveraray where a cup of coffee can be drunk in The Royal Burgh Café. After coffee, it is very worthwhile to take a walk before getting on the 3 viewpoints that give a nice view of Loch Fyne.

We continue our route to leave the A85 after 30 minutes and turn left onto a narrow road. This is the B8074 that takes us along the Orchy River to the Orchy Waterfall. The entire course of the Orchy River includes 3 waterfalls and many rapids. Once we have left this beautiful road in the midst of nature, we can enjoy the Loch Tulla viewpoint for a while and possibly make some nice pictures. After the short stop, another beautiful piece of natural beauty immediately emerges. The Rannoch Moor.

Rannoch Moor:
Rannoch Moor is an area, 130 km² in size. It lies approximately 300 m above sea level and consists for the most part of marshy heathland. It is one of the most wild and unspoilt natural areas in Scotland. We find treacherous mud puddles and heather covered with boulders. It is an open area where there is little shelter and it usually blows, something to take into account. The view of the landscape changes with the light, the season and the weather.
Rannoch Moor is a plateau with a surface of soft granite, around 400 million years old. Scientific research has shown that 20,000 years ago a huge glacier formed Rannoch Moor, creating a rolling landscape with a large number of small and large lakes (lochs). Loch Rannoch is located a few kilometers east of Rannoch Moor. The peat fields that were created here are the largest in size in Great Britain and of international importance. Stumps and roots of pines that once formed the Caledonian forest are hidden here in the soil. Heather, grasses, wild gale and peat mosses and the very rare peat flower bulbs locally called "Rannoch rush" come for this. Along the way along the route on the A82 there are enough parking places to let the surroundings soak in peace and to take a number of photos. The route continues and you arrive in the Glencoe.

Glencoe:
Glencoe is one of the most picturesque and beautiful places in the Highlands. A visit to the Glencoe waterfall and a little further down the parking lot for The Three Sisters are a great way to experience this beauty. If you want to find out more about the history of this region and its nature, pay a visit to the Visitors Center. In the village of Glencoe we refuel before continuing to our lunch location MacDonald Hotel in Kinlochleven.

After lunch we continue the route to sail from Corran to Ardgour via the Ferry. This ferry sails to the other side every 30 minutes, so you never have to wait long. We continue on the A861, the only main road, and we notice that we drive further and further into the western Highlands, it becomes increasingly bare, robust and quiet on the road. We continue the route and arrive in an environment that has become known through the Harry Potter films, the Genfinnan.

Glenfinnan:
Glenfinnan is a village in Scotland located in the Highland council area, at the northern end of Loch Shiel, 21 kilometers west of Fort William. In 1815 a monument was erected just outside the village. This is to mark the place where Charles Edward Stuart, aka Bonnie Prince Charlie, hoisted his royal banner on August 19, 1745 with which the 2nd Jacobite uprising was a fact. It consists of a tower with a statue of "the unknown Highlander in kilt" on it. Next to the monument is a visitor center where a permanent exhibition has been set up about Jacobite history.
The Glenfinnan viaduct is a railway viaduct in the West Highland Line between Fort William and Mallaig. It was built by Sir Robert McAlpine and was completed in 1901. The viaduct, entirely made of concrete, contains 21 arches of 15 m each; the highest point is 30 meters above ground level. In the film Harry Potter and the Chamber of Secrets, a scene takes place during the passage of the Hogwarts Express over the viaduct. After the viaduct also appeared in the two following films, Harry Potter and the Prisoner of Azkaban and Harry Potter and the Goblet of Fire, the viaduct is definitively associated with the Harry Potter film series.
We leave this picturesque area to pass through the A82 along the Loch Lochy and Oich for another hour to arrive after our long day at our final destination, Fort Augustus at our B&B.

I have driven this route myself and have experienced the beautiful beauty of the Highlands, which is why this route gets 5 stars from me.

A few more tips for driving in Scotland:
In Scotland, people drive on the left side of the road. The main roads are fine, but if you drive on the local roads then these are usually narrow roads on which quite a bit of gravel can lie. In addition, if you pass a picturesque higher-lying bridge, the road can turn treacherously to the left or right immediately after a bridge. 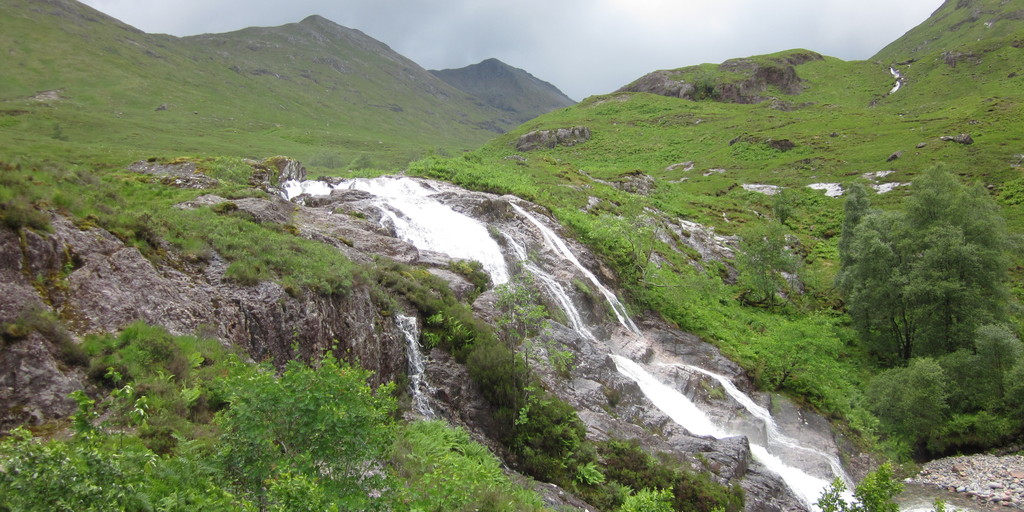 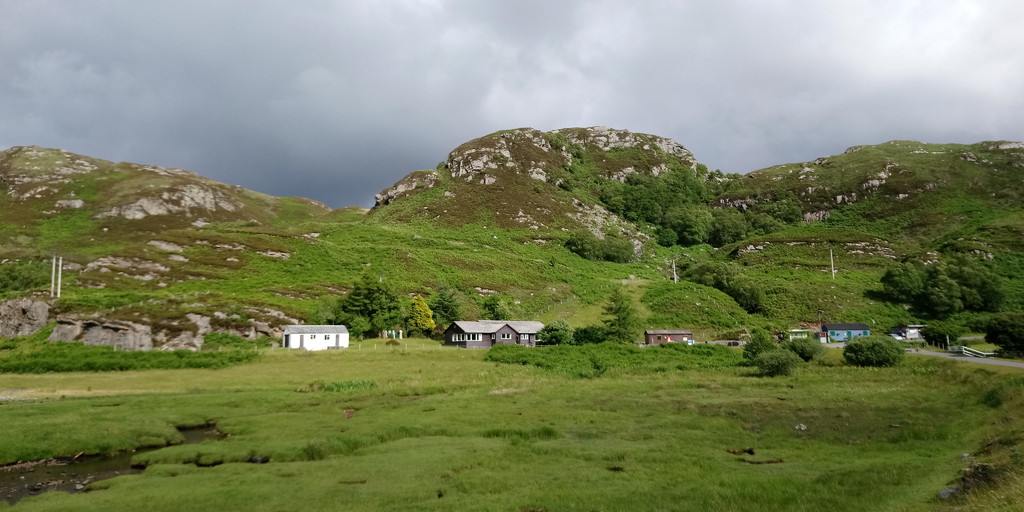 Use route
Share
Schotland
The images and text displayed here originate from the Wikipedia article "Schotland", which is released under the Creative Commons Attribution-Share-Alike License 3.0.
About this region
Ada of Scotland (died after 1206), also known as Ada of Huntingdon, was a member of the Scottish royal house who became Countess of Holland by marriage to Floris III, Count of Holland.