Kendal to Matlock via Yorkshire Dales and Peak District

Countries in this route
Route by Nick Carthew - RouteXpert
A route south through 2 national parks that offers outstanding views across vast areas of open moorland. Passing the Ribblehead Viaduct and using Snake Pass.
Use route
Share

Ribblehead Viaduct in the Yorkshire Dales
This route travels through 2 of England's finest National Parks. First The Yorkshire Dales and then The Peak District. There’s nothing quite like the feeling of getting out on the open roads on two wheels, and there are few better places in the UK to ride through than these 2 parks. The vast areas are a veritable adventure playground for motorcyclists with all kinds of terrain on offer and some of the most spectacular scenery you could ever hope to see. This route only uses surfaced roads but there are plenty of gravel roads to use for the more adventurous.
The route heads east from Kendal to the pretty village of Hawes. This magical little market town is England's highest, set 850 feet above sea water. Hawes was first recorded as a market place in 1307 and the lively Tuesday market still entices shoppers in. Home to the world famous Yorkshire Wensleydale Cheese and set amidst breathtaking scenery it's no surprise Hawes is one of the honeypot tourist attractions of the Yorkshire Dales National Park.
The B6255 will take you to the Ribblehead viaduct on 11 miles (18 km) of superb scenic road, look out for speed cameras along the way!
The Ribblehead Viaduct is a masterpiece of Victorian engineering - yet it was also built almost entirely by hand. Hundreds of railway builders (“navvies”) lost their lives building the line, from a combination of accidents, fights, and smallpox outbreaks. In particular, building the Ribblehead (then Batty Moss) viaduct, with its 24 massive stone arches 104 feet (32 metres) above the moor, caused such loss of life that the railway paid for an expansion of the local graveyard.
Using some single track lanes the route passes through Grassington. A walk around the market town of Grassington can be like taking a step back in time, with its cobbled main square, narrow streets and traditional stone cottages, Grassington has changed little in the past 200 years.
Bolton Priory sits in a idyllic location on the banks of the River Wharfe and is a good location for a lunch stop.
Bolton Priory is one of the finest medieval churches in the north of England. Since its foundation in the twelfth century, it has been a site of continuous Christian worship, surviving Scottish raids, the Black Death, the Dissolution of the Monasteries and the religious turbulence of later centuries.
Leaving the Dales and travelling south over the high ground and moorlands of Yorkshire to the equally beautiful Peak District.
The Peak District is an entirely different, yet no less stunning, location, to rival the Dales. With deep wooded dales, jagged hills, and limestone gorges to the south and evocative moorlands and gritstone tors to the north, the Peak District is a fantastically varied and beautiful part of the UK. Its value is such that it was the very first UK National Park to be designated, back in 1951.
Snake Pass at RP 50 is a mountain pass at an elevation of 510m (1,680ft) above the sea level. The road over the pass is often closed in the winter months as the bending roads become icy, but it can be closed anytime when the access is not cleared of snow. The road has superb views and the scenery is exceptional. Passing The Lady Bower Reservoir and crossing over the Ashopton Viaduct signals the end of the pass.
The Lady Bower Reservoir was built between 1935 and 1943, and was officially opened by King George VI on 24th September 1945. During construction, the villages of Derwent and Ashopton were flooded. The inhabitants of the two villages were relocated to Yorkshire Bridge estate, just downstream of Ladybower Dam. The Ashopton Viaduct itself stands directly on top of the old village of Ashopton, which was controversially demolished and flooded to make way for the reservoir. Construction began in 1935, but like many other projects was interrupted by the Second World War, which slowed progress. In 1947, due to low water levels following a drought, the spire of the old Ashopton church re-appeared next to the viaduct.
The route continues through the park to a hotel in Matlock, just a short ride from Matlock Bath.
Motorbikes and Matlock Bath have been synonymous for the past 40 years. In fact, some say they keep the village alive. The village has remained a home to bikers because they feel welcome, and it is important to be around your own – remember, bikers stick together.
The scenery and roads used on this route is why it gets 5***** stars from me. 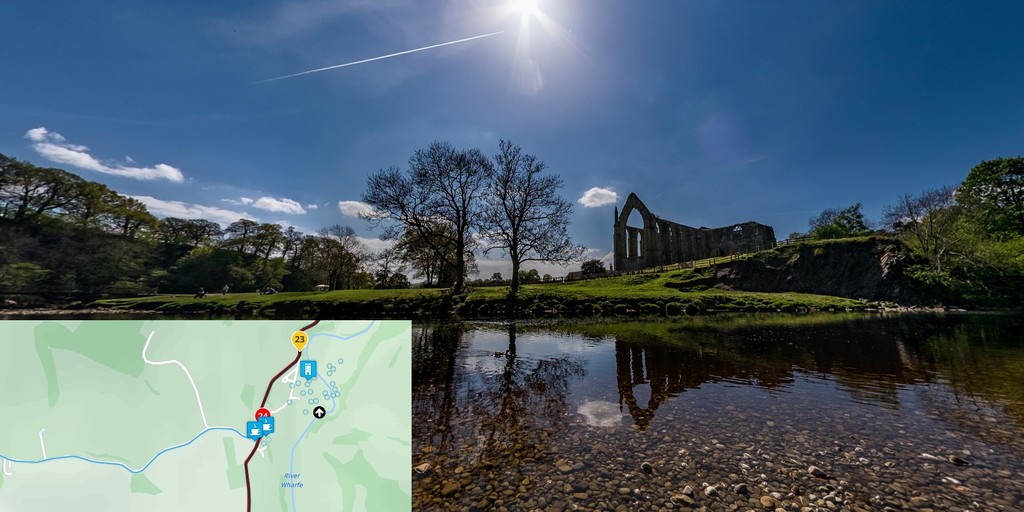 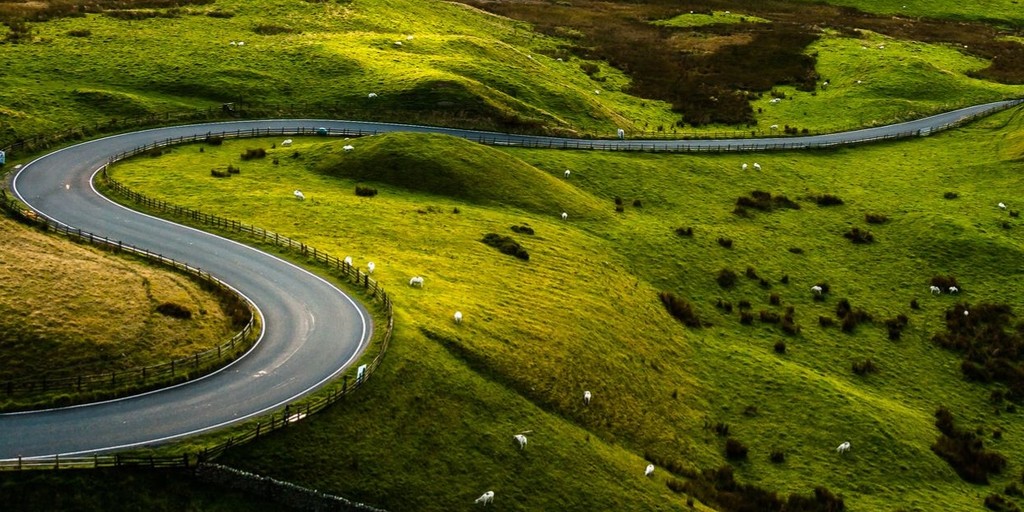 4949
Amount of visits (Yorkshire and the Humber)