Countries in this route
Route by Michel van Hagen (MRA-Founder)
Published: 04/02/2018
Part 3 of the Jadranska Magistrale. Wonderful stopover in Zadar and several viewpoints along the way.

Een heerlijke kustroute!
The Jadranska Magistrale (D8) starts on the border with Slovenia near Pasjak. On the Slovenian side the G7 continues to Trieste. The road goes a little bit to the east and then runs south to Rijeka. This part runs parallel to the A7 and therefore has a secondary function. The road then descends to the coast and crosses the A8 to walk straight through Rijeka. Through traffic is better off on the A7, therefore the D8 here only has a local function for urban traffic. The route then winds spectacularly around the bay of Bakar, after which Kraljevica turns the road to the island of Krk.

From this point the D8 follows a spectacular route along the coast. The coastal area is mountainous, the D8 is mostly on a slope at some height above the sea with frequent views of the Adriatic Sea and the islands off the coast. The landscape is pronounced Mediterranean and dry. The D8 is curvy and therefore time-consuming to drive, but the views make up for it. On the route between Rijeka and Zadar there are numerous villages, but few larger towns, Senj and Karlobag are the most important. The road is usually 200 - 300 meters above sea level, with a steep mountain ridge to the east with peaks reaching over 1,500 meters, the Dinaric Alps. But in a few places there is a somewhat flatter coastal strip.

Just before Zadar the A1 crosses. Through a special steel arch bridge, you cross the Maslenica strait. The D8 then goes through a flatter area south-west to the city of Zadar. The D8 is equipped with 2x2 lanes in Zadar and curves to the southeast to follow the coast towards Split. The first part to Šibenik leads through a flatter coastal area and has numerous built-up bowls. Between Šibenik and Trogir the D8 follows a winding route along the coast, the D58 is a faster route to Trogir. The D8 runs here at a fairly large distance from the A1.

The D8 between Trogir and Split and also in the city of Split quite well extended, with 2x2 lanes and some ground-level connections. The D8 runs only through the suburbs and remains at a reasonable distance from the center. After Split the landscape becomes more spectacular, but one has to go through numerous villages, such as Omiš. Particularly around Makarska the D8 sails straight out of the sea through a spectacular coastal region with high mountains, with the D8 stuck to it.

You then reach the port city of Ploče, after which the D8 temporarily enters a somewhat flatter area around the Neretva river delta. At 28 and 48 Opuzen is a non-level connection with the D9 leading to Mostar and Sarajevo. From this point on, the D8 has a continuous function and then passes through the Neum corridor, where the traffic has no option but to drive through Bosnia-Herzegovina. The border posts are less than 10 kilometers apart. After Neum the coastal road continues to Dubrovnik, the area is still mountainous here. The D8 runs over the cable-stayed bridge Franjo Tuđman, which cuts off a fjord. The D8 then passes over the ring road of Dubrovnik. Then the D8 runs through the narrowest part of Croatia, there is only 1 kilometer between the Adriatic Sea and the border with Bosnia-Herzegovina. After that, the differences in height are less extreme and the road passes through the Dubrovnik airport through the Konavle region. Not far beyond is the border with Montenegro, from where the M1 continues to Herceg Novi.

We drove the Jadranska Magistrale in 2018 the other way, so roughly from Dubrovnik to Pasjak. This third day is the most beautiful part of the route. There is a piece that can match the Amalfi coast in terms of twisting, only much and much quieter and no tourist towns. The best part is between route point 28 and 48, please note, it can be quite windy and then the road is closed for campers, trucks, cars with trailer and engines. It is and remains a coastal route and there are also less beautiful pieces because they are building in Croatia. The route was carefully created and the same for TomTom, Garmin and MyRoute-app Navigation. For information about the colored route points, see the disclaimer at the bottom of this page. 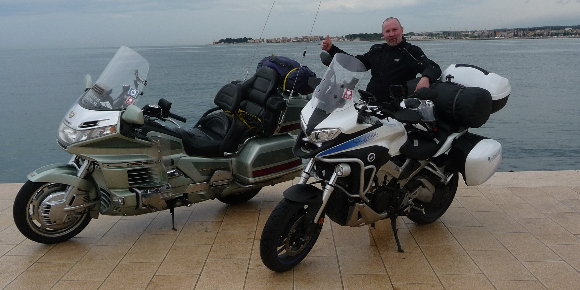 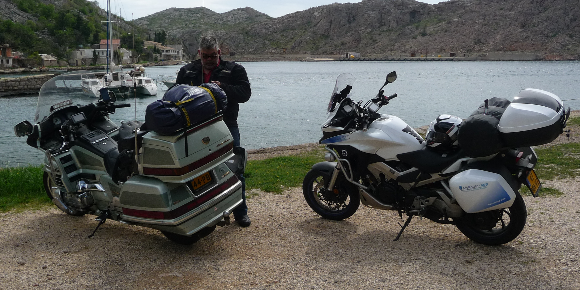 ibenikKnin
The images and text displayed here originate from the Wikipedia article "ibenikKnin", which is released under the Creative Commons Attribution-Share-Alike License 3.0.
About this region
Šibenik (Croatian pronunciation: [ʃîbeniːk] (listen); Italian: Sebenico) is a historic city in Croatia, located in central Dalmatia where the river Krka flows into the Adriatic Sea. Šibenik is a political, educational, transport, industrial and tourist center of Šibenik-Knin County and also the third-largest city in the historic region of Dalmatia. It is the oldest native Croatian town on the shores of the sea.