Salerno to Scalea along the Cilento Coast

Motor and car route
Salerno to Scalea along the Cilento Coast

Countries in this route
Route by Nick Carthew - (MRA Senior)
Route 6 of 11 routes forming a tour down the west coast of Italy to Sicily. All routes link together. This route hugs the coast as it makes its way south. The coastal views are sublime and the roads at times, very twisty including a series of 10 hairpin bends. The Cilento Coast is similar to the Amalfi Coast but it is longer, has more bends and is just as scenic. Therefore, this route must deserve 5***** stars.
Use route
Share

RP 31. Great view across the top of San Giovanni A Piro towards the Gulf of Policastro.
Just after the start and refuelling, this route travels through a vast area (covering 160 HA) of polytunnels growing salad leaves and herbs. The rich soil and a temperate climate make ideal growing conditions to supply Italy's restaurants. Then it's on to Paestum, the ancient Greek City.
The ruins of Paestum are famous for their 3 ancient Greek temples dating from about 600 to 450 BC, which are in a very good state of preservation that stand in the middle of the countryside. Paestum is a truly enchanting and atmospheric place, and a 'must see' on any classical tour of Italy. The town of Poseidonia - later called Paestum - was built by Greek colonists from Sybaris, an earlier Greek city in southern Italy, in around 600BC. The archaeological site at Paestum covers a large area and takes as much as two hours to explore thoroughly. You will find a busy little row of souvenir shops and several bars with outside tables serving drinks, rolls, ice creams and snacks.
The Cilento Coast starts from the town of Agropoli. The historic city centre has a fascinating tangle of narrow cobbled streets with ancient buildings and a castle with superb views. You can visit Agropoli by turning off the route at RP 15 and rejoining at RP 16. As I said in the route description, the Cilento Coast is similar to the Amalfi Coast but it's longer, has more bends, including a series of 10, tight hairpins! It is equally as scenic and has less traffic. You can also visit another ancient Greek city, something the Amalfi Coast doesn't have! At RP 19, you can visit the archaeological site of Elea-Velia. The ancient city of Elea, which derives its name from the local spring Hyele, was founded around 540 B.C. by a group of exiles from the Greek city of Phocaea, in present-day Turkey, occupied by the Persians.
It doesn't have as much to see as Paestum, but you can pull off the road and see plenty through the railings. There is a nice gelateria (ice cream shop) a few hundred metres on for you to sample some artisan gelato and coffee.
Continuing along the coast there are lots of places to pull over and take photos of the beautiful coastline.
When you reach Marina di Camerota at RP 27, you say goodbye to the coast for now and ride up the series of 10 hairpin bends. The road isn't too steep but it is narrow and some of the bends are tight, so beware of traffic on the wrong side of the road!
Carry on climbing up to the village of Lentiscosa, where the streets are so narrow, they have traffic lights that allow only one way direction. Keep climbing to a height of about 520 m, this takes you into wooded hillsides where you will get the occasional glimpse of the sea that's a few km away now.
As you gently descend to the coast again you'll have a view of the mountains across the Gulf of Policastro and then ride through the town that gave the gulf it's name.
After stopping for a photo of the cute lighthouse of Punta del Fortino and then riding through the commercial town of Sapri, the route starts to snake it's way along the superb twisty coastal road, passing through a few small towns and on to the hotel in Scalea. 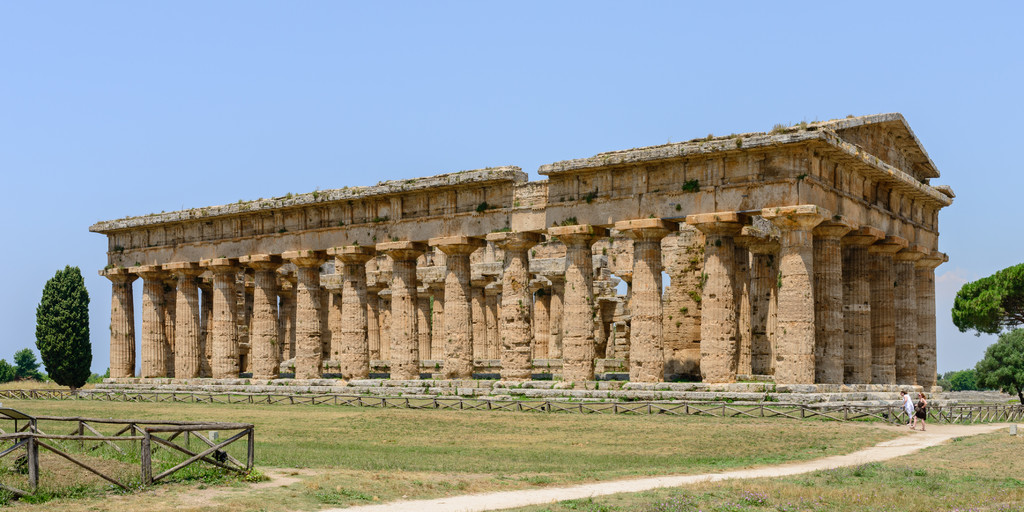 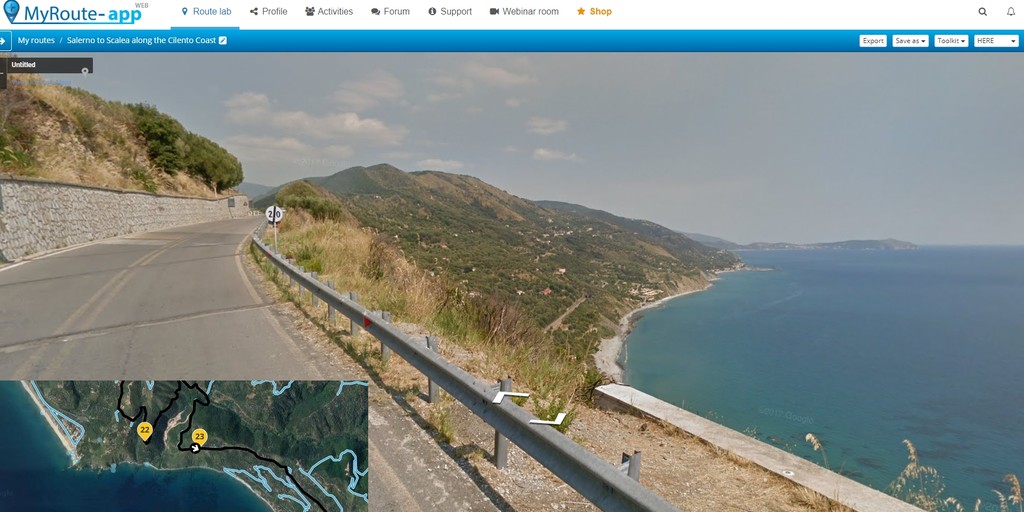 Basilicata
The images and text displayed here originate from the Wikipedia article "Basilicata", which is released under the Creative Commons Attribution-Share-Alike License 3.0.
About this region
Basilicata (UK: , US: , Italian: [baziliˈkaːta]), also known by its ancient name Lucania (, also US: , Italian: [luˈkaːnja]), is an administrative region in Southern Italy, bordering on Campania to the west, Apulia to the north and east, and Calabria to the south. It has two coastlines: a 30-km stretch on the Tyrrhenian Sea between Campania and Calabria, and a longer coastline along the Gulf of Taranto between Calabria and Apulia. The region can be thought of as the "instep" of Italy, with Calabria functioning as the "toe" and Apulia the "heel". The region covers about 10,000 km2 (3,900 sq mi). In 2010 the population was slightly under 600,000. The regional capital is Potenza. The region is divided into two provinces: Potenza and Matera.Its inhabitants are generally known as Lucanians, although this ethnonym should properly refer to ancient Lucania's populations.