Whichever side you enter in the Dolomites, it is always fantastic. You get one (toll free) pass after another for your wheels and it is pure enjoyment every time.
This route was driven on 10/09/2016, 11 passes on this day. I could already tell you the explanation about these passes, but I tell you, experience it yourself, go there and see all that beauty. Delicious roads except the Passo Duran, which was then in very bad condition but she was now provided with a new road surface. So enjoy! Nice stopping places for something to eat or drink were indicated.
The route information contains the enumeration of the passes. 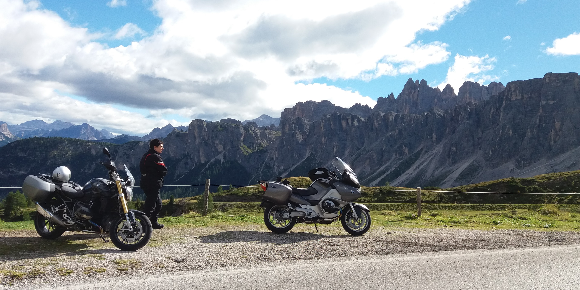 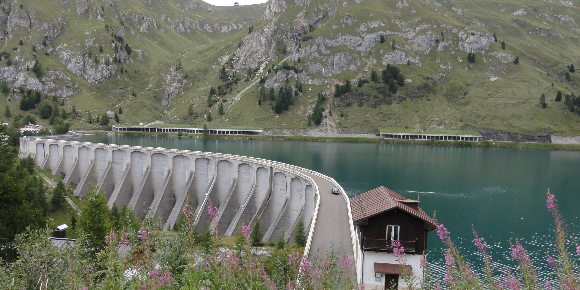 Veneto
The images and text displayed here originate from the Wikipedia article "Veneto", which is released under the Creative Commons Attribution-Share-Alike License 3.0.
About this region
Veneto (US: , Italian: [ˈvɛːneto]; Venetian: Vèneto [ˈvɛneto]) or Venetia is one of the 20 regions of Italy. Its population is about five million, ranking fifth in Italy. The region's capital is Venice. Veneto was part of the Roman Empire until the 5th century AD. Later, after a feudal period, it was part of the Republic of Venice until 1797. Venice ruled for centuries over one of the largest and richest maritime republics and trade empires in the world. After the Napoleonic Wars and the Congress of Vienna, the Republic was annexed by the Austrian Empire, until it was merged with the Kingdom of Italy in 1866, as a result of the Third Italian War of Independence. Besides Italian, most inhabitants also speak Venetian which is divided into five varieties. Since 1971 the Statute of Veneto has referred to the region's citizens as "the Venetian people". Article 1 defines Veneto as an "autonomous Region", "constituted by the Venetian people and the lands of the provinces of Belluno, Padua, Rovigo, Treviso, Venice, Verona and Vicenza", while maintaining "bonds with Venetians in the world". Article 2 sets forth the principle of the "self-government of the Venetian people" and mandates the Region to "promote the historical identity of the Venetian people and civilisation". Despite these affirmations, approved by the Italian Parliament, Veneto is not among the autonomous regions with special statute, differently from its north-eastern and north-western neighbours, Friuli-Venezia Giulia and Trentino-Alto Adige/Südtirol respectively. Veneto is home to a notable nationalist movement, known as Venetian nationalism or Venetism. The region's largest party is the Liga Veneta, a founding component of the Lega Nord. The current President of Veneto is Luca Zaia (Liga Veneta–Lega Nord), re-elected in 2020 with 76.8% of the vote. An autonomy referendum took place in 2017: 57.2% of Venetians turned out, 98.1% voting "yes" to "further forms and special conditions of autonomy". Having been for a long period in history a land of mass emigration, Veneto is today one of the greatest immigrant-receiving regions in the country, with 487,493 foreigners (9.9% of the regional population; January 2018), notably including Romanians (25.2%), Moroccans (9.3%), Chinese (7.1%), Moldovans (7.0%) and Albanians (6.9%).

Enjoy the beautiful routes in the Marmolada area. Whichever way you head in the Dolomites, it is always incredibly beautiful. You get one (toll free) pass after the other for your wheels and it is pure enjoyment every time. A delightful playground that, depending on the hour, depending on the direction, depending on the weather, always looks different and enchants you completely!

The routes have been checked and made equal for Garmin, TomTom and MyRoute-app Navigation users. Do you have a fantastic route in the Dolomites that belongs to this list? Then send us the route via routexpert@myrouteapp.com.