Countries in this route
Route by Hans v.d. Ven (MRA-Master)
Published: 05/04/2020
Since the early 90s of the last century, ANWB / Promotor has put out the so-called Tank Bag Tours (TTT). You understand that the name dates back to the GPS-less era, when motorcyclists still made their way on back roads with a roadbook in the tank bag or route roll.

These TTT are tours through the Netherlands with an occasional trip to Belgium, Germany or even Luxembourg, which are held 6 to 7 times a year. The 1st around March and the last around October. These TTT have a starting point, a pause point and an end point. It is nice to discover what you have not seen in your own country and which nice roads you did not know.

This TTT may differ slightly from the original.

I have checked all route points and placed them neatly on the road where necessary. Also, if necessary, I set the starting point and end point of the route a bit further apart to avoid navigating directly to the end point and added the POI files of the start and end point as well as possible pause point (s).

Pay attention! Due to the tightened measures due to the Corona crisis, you may find yourself in front of a closed door, so bring some food and drinks with you on the way.

Paviljoen Nijstad
You hope to learn something from every Tank Bag Tour. After all, man is more than the sum of the number of kilometers he has driven. In that respect, this first TTT of the season offers some nice surprises. Take that Jan Vayne, you know him. The man with those long locks who likes to sit behind the piano. It comes from Zuidwolde. So what, I hear you grumble, I care. Well, Zuidwolde is located in the peat area in Overijssel and Jan is suspected that, playfully as he is, he made Van Veen (je) Vayne. That throws a completely different light on the man.
Another thing. This TTT leads from Zwolle through the landscape in the north of Overijssel to the valley of the Overijsselse Vecht and back again. You can safely say that this is the crowning glory of the bible belt in the Netherlands, with Staphorst as the undisputed capital. The village church has no fewer than 2,300 places and it fills up twice on Sunday. Precisely here, to be precise in Rouveen, they knew the so-called night-free section until the Second World War. "This allowed a boy to access a girl's home and bed to get to know each other better." Of course… .. And that in the heart of the bible belt, I don't understand that now.

You open the season in Zwolle and for those of us who have never been there: jump on your motorbike and drive there at once. What a great city! Of course, it is canals again as usual, with all the gables, bell gables and stepped gables that strike the clock, but those things never get boring! And then Zwolle also has a few very beautiful squares, such as the Melkmarkt and the Grote Markt and the Grote Kerkplein, which flow together effortlessly. Don't think now: everyone old bitch, I believe it. Then you can just miss the Fundatie museum and let it have undergone an insane expansion a few years ago. On top of the roof of the neoclassical building, architect Hubert-Jan Henket placed a kind of cloud, covered with 55,000 white-blue tiles. You have to dare, and it still works. Close by the way is the Herman Brood Experience, named after the most famous junk / musician of the city.
Time to drive and believe it or not, but very quickly it is very hit. Via the Doornweg you can easily reach the Glinthuisweg, an old dyke with the Overijsselse Vecht on the left and the open peat meadow landscape on the right. There is no finer, until you drive up the Gennerdijk a little later, towards Hasselt. You wonder that there is such a thing, so narrow and so tortuous and above all so quiet; not seen one engine, let alone an entire club. That can be a relief.

Hasselt is a typical place where you never come and that offers space for surprises. When you have a cup of coffee in café De Zon on the Markt, the visitors think: 'What are they doing here?' In turn, you are amazed when you drive over the Brouwersgracht, Prinsengracht and Hoogstraat. Hasselt is a beautiful old Hanseatic town and still nice itself, without too many potteries.
Then you dive into the landscape of battles that developed through the peat bog in the head of Overijssel. It means long straight roads in an open flat land with tight ditches and reed collars that bend in the wind. Something for go-getters, I think, to find proof later in Wikipedia, because who grew up in these regions? Gerard Nijboer the marathon runner and Anna van der Breggen the cyclist and Gretha Smit the skater; all naturally accustomed to headwind and icy cold.
Staphorst lies in the middle of that open country, little more than a long ribbon of farms; beautiful as they string together along the Oude Rijksweg. It is amazing to see a woman in traditional dress working with a leaf blower; a strange combination of modernity and tradition. In the museum you will learn that until the Second World War it was customary to sleep upright because too much blood would not be good for the brain, that ear irons were originally intended to keep the cap in place and that Sunday rest in Staphorst , with the largest Restored Reformed Church in the Netherlands, was still honored. In practice, this means no watching TV, no cycling and no driving.

The greatest pleasure, however, comes from the collection of old mopeds and motorcycles by Jan Brakke (67). It has some beautiful things on Oude Rijksweg 311. Mainly BMWs, but also a Matchless 741, of which there is probably only one in the world. Yet the Nimbus with sidecar from 1935 attracted the most attention, this four-cylinder with overhead camshaft and - you don't believe it - open tappets, as if the device is alive! Furthermore, he still has his old Kreidler from when he was sixteen, an Eysink Record, a Gabbiano and a Royal Nord, with his 180 degree mudguard. A beautiful collection, created out of pure love, and Jan is not afraid to share his love with others. Just drive by or otherwise call (06-51044994). 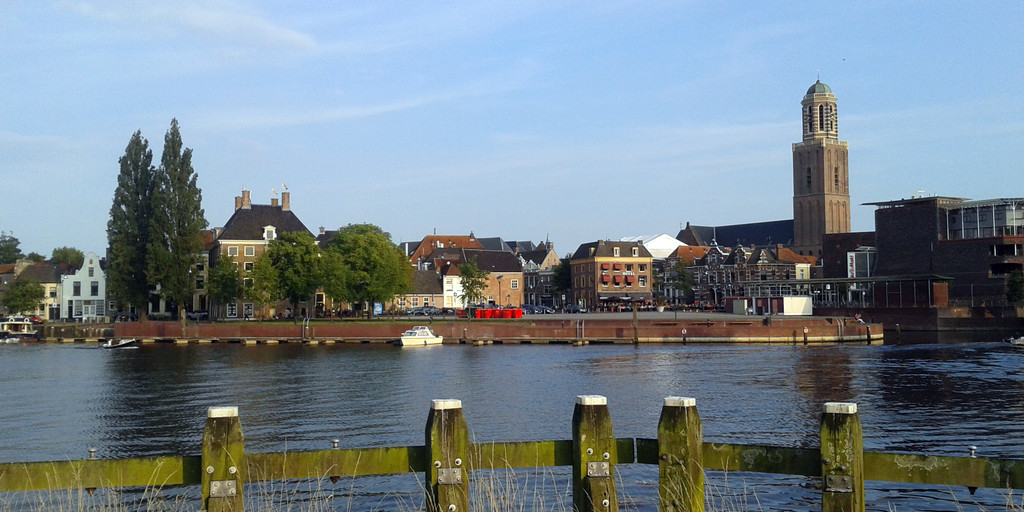 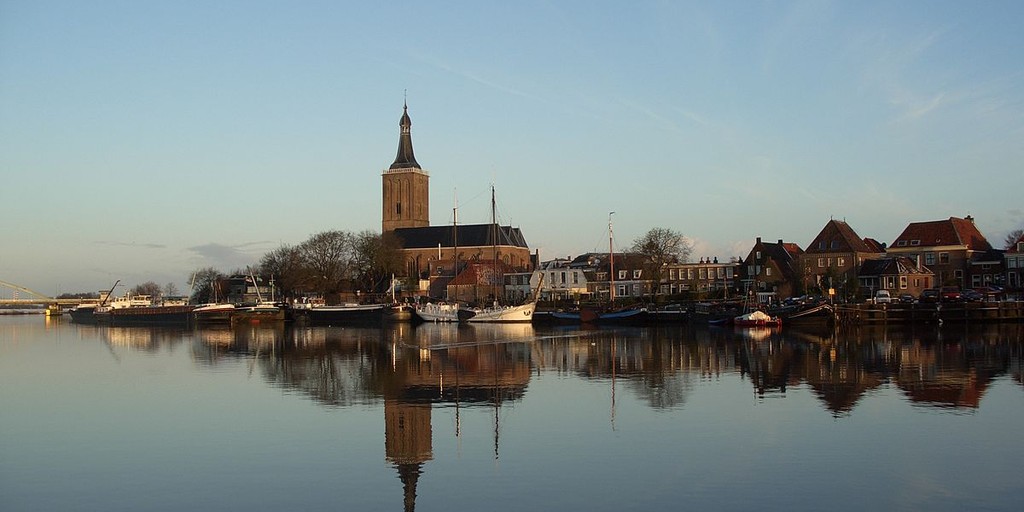 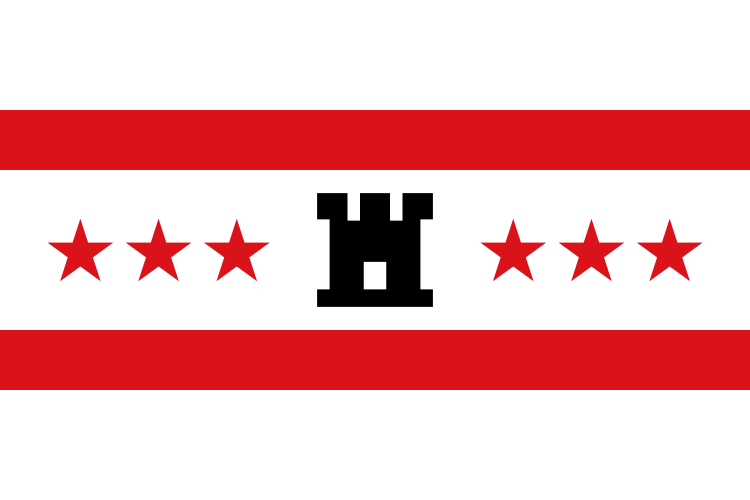 Drenthe
The images and text displayed here originate from the Wikipedia article "Drenthe", which is released under the Creative Commons Attribution-Share-Alike License 3.0.
About this region
Drenthe ( DREN-tə, Dutch: [ˈdrɛntə] (listen); German: Drenthe) is a province of the Netherlands located in the northeastern part of the country. It is bordered by Overijssel to the south, Friesland to the west, Groningen to the north, and the German state of Lower Saxony to the east. As of November 2019, Drenthe had a population of 493,449 and a total area of 2,680 km2 (1,030 sq mi). Drenthe has been populated for 150,000 years. The region has subsequently been part of the Episcopal principality of Utrecht, Habsburg Netherlands, Dutch Republic, Batavian Republic, Kingdom of Holland and Kingdom of the Netherlands. Drenthe has been an official province since 1796. The capital and seat of the provincial government is Assen. The King's Commissioner of Drenthe is Jetta Klijnsma. The Labour Party (PvdA) is the largest party in the States-Provincial, followed by the People's Party for Freedom and Democracy (VVD) and the Christian Democratic Appeal (CDA). Drenthe is a sparsely populated rural area, unlike many other parts of the Netherlands. Except for the cities of Assen (pop. 67,963) and Emmen (pop. 107,113), the land in Drenthe is mainly used for agriculture.