RouteXpert Review
The 1st of the "Monster Tour" of MTC-Zeilberg. This route goes from Brabant (Zeilberg) to Noord-Holland and via the Afsluitdijk * to Friesland. The first and last part is about the highway. Furthermore, the route goes as close to the IJsselmeer as possible.

* The Afsluitdijk is the water defense between Noord-Holland and Friesland, which closes off the IJsselmeer from the Wadden Sea. The dam derives its name from this. The Afsluitdijk is important to protect the Netherlands against flooding.
The Afsluitdijk is part of the Zuiderzee Works. In 1927 the construction was started. In 1932 the last closing hole, the Vlieter, was closed. A year later, the dike was opened to road traffic. On the site where the Afsluitdijk was closed, a monument was erected, the Vlietermonument.
There are locks for shipping and sluices on both sides of the Afsluitdijk. Against North Holland it is the Stevin locks. The Lorentz locks are located on Kornwerderzand, at more than 4 km from Friesland. The entire dike is 32.5 km long, the water retaining part 30 km.
A traffic road runs along the Afsluitdijk, connecting both provinces. This road is part of the Rijksweg 7. The road is not at the highest point of the dike but south of it, so that the Wadden Sea is not visible from the road. There is a bicycle path along the road.

There are plenty of options along the route for lunch and taking pictures. 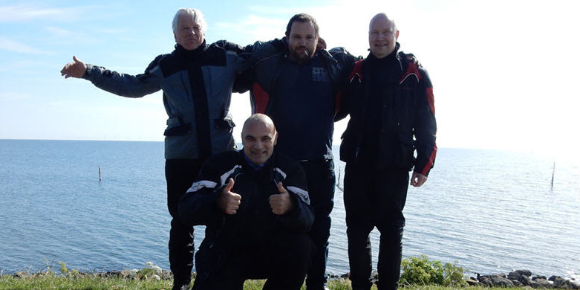 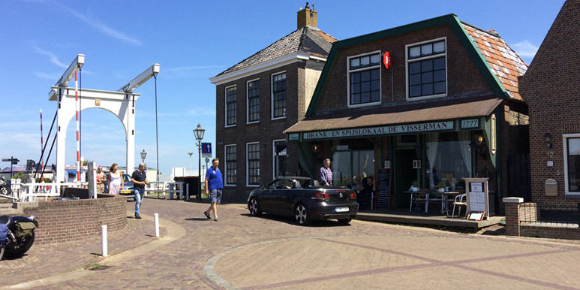