RouteXpert Review
This TTT has the start and end point at Lelystad Airport and only passes through the province of Flevoland *.
* Flevoland is a province in the middle of the Netherlands. It is the youngest and in terms of land area the smallest of the twelve provinces and consists of the Noordoostpolder and the Flevopolder, both caused by the draining of parts of the former Zuiderzee, with the former islands of Urk and Schokland. (Source: Wikipedia).

After the Take-off you will soon drive through the Knarbos and Willow Reserve *
* The Knarbos is a nature reserve of 314 hectares in the Dutch municipalities of Lelystad and Zeewolde. The area is located on both sides of the Knardijk, which forms the border between Eastern and Southern Flevoland. The forest was planted between 1973 and 1975. The Knarbos consists of several parts. The Willow Reserve is a spontaneously formed willow forest on the edge of the Knar. The Knar is a pleistocene sand back that formed a shallow in the Zuiderzee. The Willow Reserve is inhabited by roe deer and ermine and is rich in songbirds.
Then you quickly find the edge of Flevoland to drive along the water line to the Biezenburcht **, where you can have lunch at the Wolderwijd.
** Everyone who enters Zeewolde across the Knardijk knows the striking De Biezenburcht building. It is a vantage point from where you can enjoy the Wolderwijd and the island of De Biezen and the Harderbroek nature reserve where the sea eagle is present today.

After lunch it goes around Dronten and Lelystad and you go back to the landing site at Lelystad Airport along the Oostvaardersplassen ***.
*** The Oostvaardersplassen form a nature reserve of around 5600 ha between Almere and Lelystad in the Dutch province of Flevoland. The area was created after the Flevopolders were drained and therefore relatively young. (Source: Wikipedia).

Route details:
rp 18 - Lunch opportunity at the Wolderwijd in the Biezenburcht. 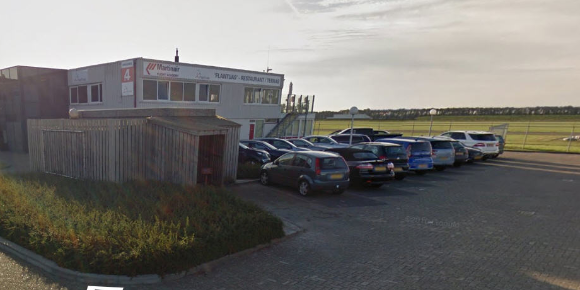 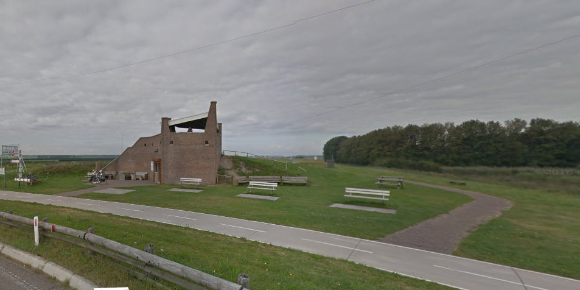