This 3rd route starts in the North Holland Medemblik and ends in Utrecht Harmelen and gives you an impression of how beautiful the Netherlands is, therefore 5 stars.

RouteXpert Review
From Medemblik you leave in a southerly direction and soon you will pass the Dutch Steam Engine Museum, if you want to discover what water and fire can bring about, you have to go inside. The route continues towards the Markemeer, the Markermeer is located between Noord-Holland and Flevoland. On the northeastern side it borders the IJsselmeer, of which it actually forms the southwestern compartment, separated from it by a dike. And it is precisely this dike that you are on your way, the dike Enkhuizen - Lelystad, where you should definitely stop at Road House Checkpoint Charlie in the middle of the lake, this is a nice place to take some pictures and enjoy the view over the water. You can also eat and drink here. Once in Lelystad, you drive over the dike to Almere along the Oostvaardersplassen, which form a nature reserve of about 5600 ha between Almere and Lelystad. The area was created after the reclamation of the Flevo polders and is therefore relatively young.

After the province of Flevoland, the province of Gelderland presents itself, namely in Elburg. On to the Veluwe.
The Veluwe is a predominantly wooded region and a former quarter of the Duchy of Gelre. The Veluwe measures approximately 1,000 km². Unlike the old quarter, the Veluwe has no clearly defined fixed boundaries. On the Veluwe, a lunch stop is planned in Nunspeet and a stop at Radio Kootwijk. Discover the largest active sand drift in Western Europe here and immerse yourself in the history of the monumental radio station Radio Kootwijk.

Then you go via Barneveld and Scherpenzeel towards the province of Utrecht. After Woudenberg you go up the Utrechtse Heuvelrug and you pass the Pyramid of Austerlitz, this is a 17 meter high pyramid-shaped structure of earth in the Utrecht municipality of Woudenberg. The pyramid was built in 1804 by Napoleonic soldiers on the Botterstop, one of the highest points of the Utrechtse Heuvelrug. You continue via Den Dolder, Hilversum and Breukelen to Harmelen, where the end point of this 3rd route is.

Book a room in Het Wapen van Harmelen or at one of the campsites or B & Bs in the immediate vicinity. 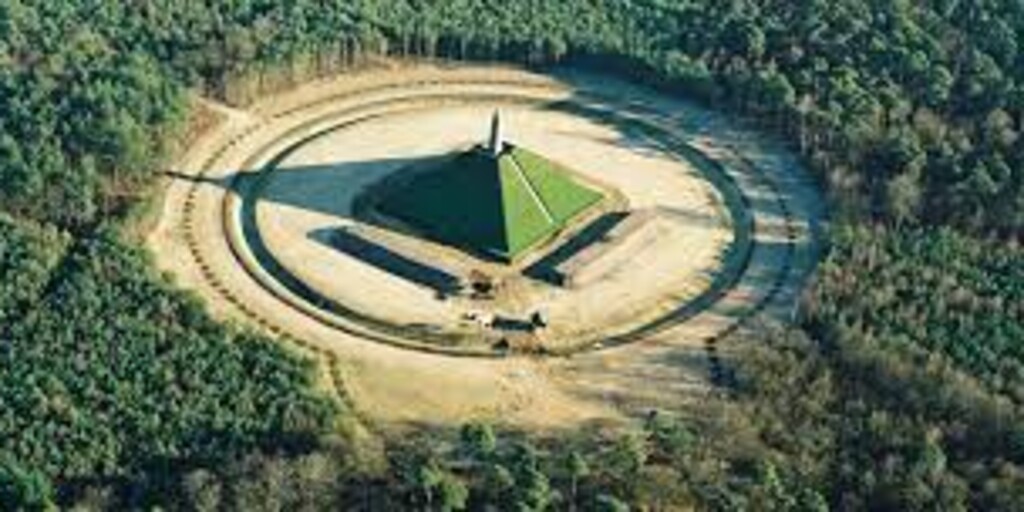