Countries in this route
Route by Michel van Hagen (MRA-Founder)
A (motor) day to never forget ...

... And just to fall in with the door in the house, that is related both to the considerable abandonment and the unimaginable enjoyment! The day started drizzly, does not matter, because the road along the Lustrafjord is amazing, steel blue water, rugged mountains and empty roads with the occasional bend through. Beyond the Lustrafjord on the RV 55 begins an accumulation of hairpin bends where you spontaneously get drunk, drunk with happiness and without a hangover! The RV 55 meanders along the highest mountains in Norway with tops of 2500 meters. If you want to reach the roof of the Scandinavian road network, you have to take the exit to the Juvashytta at Galdesand. A dirt road meanders here to a height of 1850 meters. Unfortunately, I have not driven this road myself, another good reason to return!
While climbing the first hairpin bends, it became increasingly foggy, at one point I did not have more than 10 meters of visibility. The advantage was that I had this road almost entirely for myself. The RV 55 is perhaps the most beautiful road in Norway, and therefore automatically one of the most beautiful roads in Europe, it can be busy in high season. But in September and with this weather I may have seen 10 cars, a touring bus, a camper and 3 motorcyclists. Because of the fog I had to miss the view, which seems to be unreal beautiful. At 1400 meters altitude the temperature was around freezing, but due to a strong wind and icy rain it seemed arctic conditions. Being able to forgo so close and enjoy so being together! That is also, in my opinion, one of the great charms of traveling with the motor.

Around noon it started slowly to clear up, the abandonment became less and the big enjoyment got more and more space. In the town of Lom you turn left onto the RV 15 and although the RV 55 has the name to be one of the most beautiful roads in Norway, the RV 15 is not to be ignored. You drive for a long time along the Vista river to the intersection with the RV 63, you think you have seen a lot of beautiful things, the RV 63 takes it a step further! It starts quietly, but after an hour of sending there is a series of tight hairpin turns that you steeply hit back! Figuratively, of course, because we want to keep both wheels on the ground. After the hairpin bends again a beautiful piece of plateau comes and just before Geiranger you descend with tig hairpin bends to the Geiranger fjord. This fjord seems to be the most beautiful and most visited fjord in Norway, the best I can confirm, the most visited was as far as I am concerned, it was still very quiet on the road. If you have the time, book a hotel here, even in a country with so much natural beauty, the Geirangerfjord will stand out from above.

After the Geiranger fjord it is climbing again, and not too much! One hairpin bend is even tighter than the other, here I came across a tour bus and in the bend I really had to stop and move aside, because the tour bus needed the whole way to make the turn. At the top you come again, I decay in repetitions, on an unreal beautiful stretch of plateau. On the way you pass another foothill of the Geiranger fjord and you drive along the Valldøla river, I do not know how to put it, but I still remember how I felt: euphoric! Especially the last piece for Trollstigen is indescribably beautiful, but it has to be said, everything was with me. The weather was fantastic, a sun and between 10 and 16 degrees depending on how high, the roads were so empty that it looked like they had been dropped off especially for me. And then Trollstigen, a 20 km long wet dream for every motorcyclist. On top of the top is a viewing platform called Trollstigheim, from which there is a nice view of the road and the waterfalls such as Stigfossen. Trollstigen is closed during the winter months. Even in the spring (May-June) the road to the Trollstigen is sometimes closed for a few hours in the morning due to night frost.

I thought for a moment that even now the pass was closed, it was quiet, but I was passed by a roaring BMW and so the gas and the chase could be used. But soon I let go of the gas again to enjoy the fabulous view, I had to pinch myself to believe that this was real or a wet dream. During the descent you are musically accompanied by the thundering roar of the Stigfossen waterfall. The 11 hairpin bends are so tight that I needed a lot of top-heavy Africa Twin to get through it all. Certainly to know that coaches here a few times have to cross the bend to come, fortunately I came and say but 2 motorbikes, one camper and one van with German soldiers in that 20 km long descent. The German soldiers stopped in the same place as me, oh dear, I thought, if only that goes well, but they were very friendly and even offered to take pictures of me with my motorcycle! At the bottom of the motor you have to step down to keep the euphoric feeling a bit longer. Have the time, then turn around and take the 11 hairpin turns again from the bottom up and up again from top to bottom!
After Trollstigen you might think, what a deception, but nothing is less true. The first part on the E 136 and E 6 is indeed less spectacular, but turn right to the RV 29 and later the RV 27 you still get an unexpectedly beautiful piece of road for you. Say the dessert with whipped cream with all the trimmings of this day. If you arrive at the end of 13 hours of ultimate happiness, the abandonment at the beginning has already been forgotten, at your destination with a view of the Gudbrandsdalslågen Fjord, you can only stamina surprised and overwhelmed: "this was a day to remember "...

Trollstigen
Well, I do not have much to add to the directions above ...
This is one of the most beautiful routes you can drive in Europe. I drove it as part of a 7 day Scandinavian trip, much too short ... Advice is not to drive this route in one day, but in 2 days. Then you have the time to reflect on the most beautiful things nature has to offer, but also to drive Trollstigen for example 3 times. First down, then up and then down again to continue your route. The route has been checked and created for TomTom, Garmin and MyRoute-app Navigation. The green waypoints are places where you really have to stop for a photo. This route is free and without the registration of MyRoute-app, click on the button 'Use route' and then 'Save as'. Do you want to edit the route? No problem, registering is also free and you can also choose to try the all-in-one subscription for free for 2 weeks!

Read here the entire travel story of the Scandinavia trip including the preparations: www.myrouteapp.com 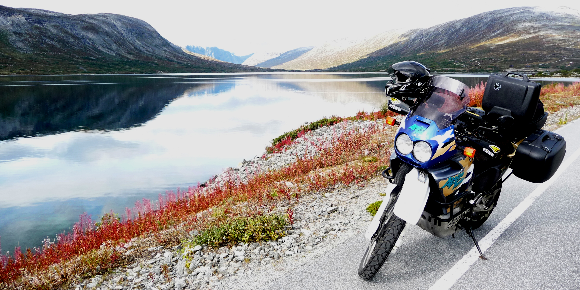 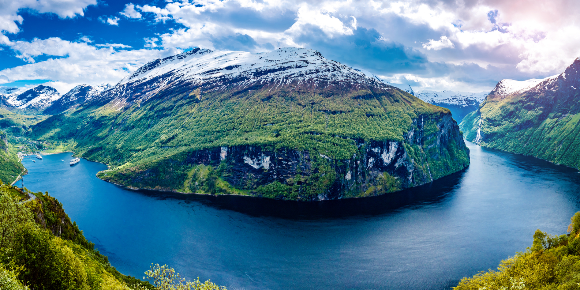 Hedmark
The images and text displayed here originate from the Wikipedia article "Hedmark", which is released under the Creative Commons Attribution-Share-Alike License 3.0.
About this region
Hedmark ([ˈhêːdmɑrk] (listen)) was a county in Norway before 1 January 2020, bordering Trøndelag to the north, Oppland to the west and Akershus to the south. The county administration is in Hamar. Hedmark and Oppland counties were merged into Innlandet county on 1 January 2020, when Norway's former 19 counties became 10 bigger counties / regions Hedmark made up the northeastern part of Østlandet, the southeastern part of the country. It had a long border with Sweden to the east (Dalarna County and Värmland County). The largest lakes were Femunden and Mjøsa, the largest lake in Norway. Parts of Glomma, Norway's longest river, flowed through Hedmark. Geographically, Hedmark was traditionally divided into: Hedemarken (east of the lake Mjøsa), Østerdalen ("East Valley" north of the town Elverum), and Solør / Glåmdalen (south of Elverum) and Odal in the very south. Hedmark and Oppland were the only Norwegian counties with no coastline. Hedmark also hosted some events of the 1994 Winter Olympic Games. Hamar, Kongsvinger, Elverum and Tynset were cities in the county. Hedmark was one of the less urbanized areas in Norway; about half of the inhabitants lived on rural land. The population was mainly concentrated in the rich agricultural district adjoining Mjøsa to the southeast. The county's extensive forests supplied much of Norway's timber; at one time, logs were floated down Glomma to the coast but are now transported by truck and train. The Hedmark municipality of Engerdal had the distinction of marking the current southernmost border in Norway of Sápmi, the traditional region of the Sami people. The county was divided into three traditional districts. Those were Hedmarken, Østerdalen and Solør (with Odalen and Vinger). Hedmark was originally a part of the large Akershus amt, but in 1757 Oplandenes amt was separated from it. Some years later, in 1781, this was divided into Kristians amt (now Oppland) and Hedemarkens amt. Until 1919, the county was called Hedemarkens amt.