Countries in this route
Route by Hans v.d. Ven (MRA-Master)
Published: 06/02/2019
Since the beginning of the 1990s, Promotor has been issuing the so-called TankTasTochten. You understand that the name is still from the GPS-free era, when motorcyclists still searched their way on inland roads with a road book in the tank bag or routerol.

Soemeersingel Helenaveen
This TTT has the start and end points in Sterksel and is mainly about small roads. Sterksel, home of Carnival Association De Ossedrijvers.
The ox in Sterksel:
This image recalls the mining activities, in which 14 oxen were also deployed. It was designed and made by locals and plays a role during carnival. A young man who is not yet married at the age of 30 has 'seen the ox' and that does not go unnoticed by the victim. (Source: Wikipedia).

From Sterksel via Maarheeze to Heibloem in Limburg, and then via Sevenum to Ysselsteyn. German soldiers and bad Dutch from the Second World War are buried in the Limburg village of Ysselsteyn.

Nowhere else in the Netherlands are so many dead people from the Second World War together as in the Limburg village of Ysselsteyn. They are German soldiers and bad Dutchmen, so that cemetery is unknown to many people. (Source: Trouw).

Route details:
Enough options to stop for coffee and / or lunch along the way.
08-06-2019: Route adjusted in connection with a driving ban for cars and motorbikes in Nederweert. 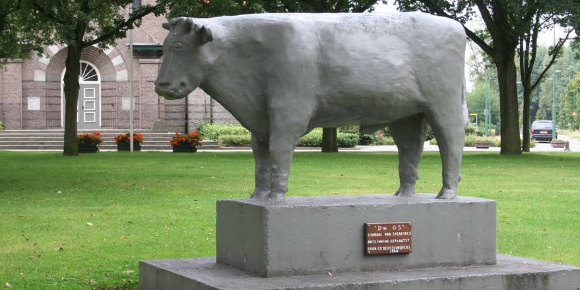 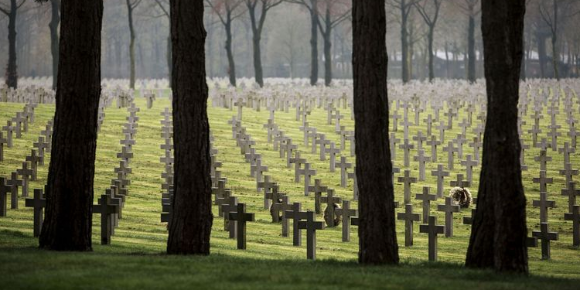 38.93
Hours
View route collection The 10 most beautiful car and motorcycle routes in Limburg
About this route collection
Limburg, who thinks of Limburg, thinks of flan, coal mines, marl and the hill country. The coal mines have been closed for almost 40 years, the last load of coal was lifted from the Oranje-Nassau coal mine in Heerlen on 31 December and, as they say, South Limburg was transformed from Black to Green and unfortunately there is not much left see this period.

But not only flan, marl and coal in Limburg, but also a very beautiful province to drive through by car or motorcycle and enjoy all the beautiful things that the province of Limburg has to offer. For this, the MyRoute app RouteXpert has compiled a Top 10 of Car and Motor Routes for you.

If you think so, I have a very nice route that should certainly not be missing from this collection, send it to:
email: routexpert@myrouteapp.com
Subject: New Route for the Top 10 collection Province of Limburg compiled by Hans van de Ven.

25.74
Hours
View route collection The ANWB ProMotor Tank Bag Tours of 1999
About this route collection
Ever since the early 90s of the last century, Promotor has been setting out the so-called Tank Bag Tours. You understand that the name still comes from the GPS-free era, when motorcyclists still searched their way on roads with a roadbook in the tank bag or router roll.

* The routes may not have a consecutive number, this is because the routes then have the number of the sheet number in which they are published.