This 1st route starts in the hills of South Limburg and ends in the Overijselse Raalte and gives you an impression of how beautiful the Netherlands is, therefore 5 stars.

* The routes differ slightly from the routes that we drove with MTC-Zeilberg.

RouteXpert Review
Immediately after leaving Klimmen you head north and soon you will cross the Juliana Canal for the first time. The Juliana Canal is a canal in the Dutch province of Limburg that carries part of the water of the Maas. Most of the shipping that goes via the Meuse to Belgium and France, goes through the Juliana Canal. Just before Roermond you cross the Juliana Canal the 2nd time, and in Roermond you cross the Maas, the Maas is a 950 kilometer long river in Western Europe. The Meuse has its source in France and then flows through Belgium and the Netherlands. In the Netherlands, the Maas is the southernmost of the major rivers and flows into the North Sea in the Dutch river delta. A stop for coffee or lunch has been included at the Maasplassen. After coffee you will pass the Maas a few more times. Via the National Park Maasduinen, the National Park De Maasduinen is one of three national parks in North and Central Limburg. It is a woodland and heathland area, located on an elongated sand ridge between the Maas and the German border. It is largely located within the territory of the municipality of Bergen, you go to the next stop, just located in North Limburg.

After the 2nd stop you go via Berg en Dal, over the Zevenheuvelenweg, towards Nijmegen to cross the Waal there, the Waal is a Dutch river. At Pannerden, the Rhine splits into the Pannerdensch Canal, which turns 6 km further into the Nederrijn, and the Waal. The Waal is by far the most water-rich arm of the Rhine in the Netherlands and also the most important for shipping. Not much later you cross the Pannerdensch Kanaal with the ferry service Doornenburg - Pannerden. Please note, only cash payment is possible. Cost; Motorbike excl. Duo passenger € 1.50, Motorbike with sidecar € 1.80.
In Montferland, the 1st refueling stop is planned and also a stop for coffee or lunch. If Eetcafe Sam Sam is unexpectedly closed, then continue to Uit spanning 't Peeske on Peeskesweg. It is also good to stay here.

After this stop it is time to have your picture taken, not just with someone, but with the statue of the band "Normal". Normally is a Dutch rock group that is seen as the founder of farmer rock. The group was founded in early 1974 by Bennie Jolink and Jan Manschot and broke through in 1977 with the hit Oerend Hard. Singing in the local dialect became the group's trademark. After a meander through the beautiful roads of the Achterhoek, you come to the "Ehzerbrug" at Almen, a popular crossing / photo location for motorcyclists. On the site of a concrete arch bridge from 1930, a Callender-Hamilton bridge was constructed near Almen in 1946 as part of the first repairs after the war for the military transports of the Allies between Zutphen and Germany. The Callender-Hamilton Bridge is a modular prefabricated truss bridge. It was designed by engineer AM Hamilton. Assembling a Callender-Hamilton bridge takes much longer than the more famous Bailey bridge, as it consists of individual galvanized steel girders bolted with steel bolts, all of which require torque settings. However, the Callender-Hamilton bridge is much stronger and simpler in design concept than the Bailey bridge and therefore more durable. However, the bridge over the Twente Canal, intended as a temporary bridge, has always remained there and is now a rare example of how many bridges in the Netherlands were restored shortly after the war.

Book a room at Hotel & Brasserie Inn Salland or at one of the campsites or B & Bs in the immediate vicinity. 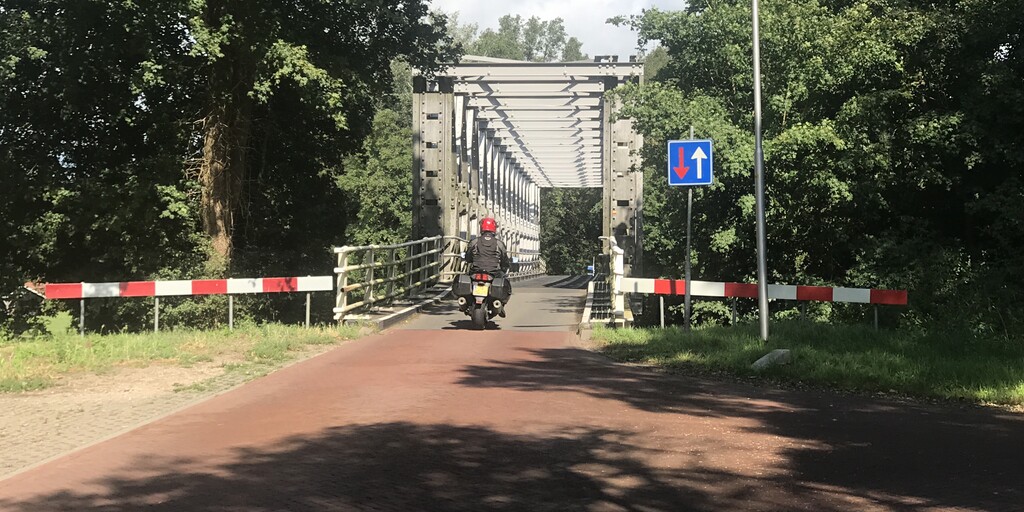 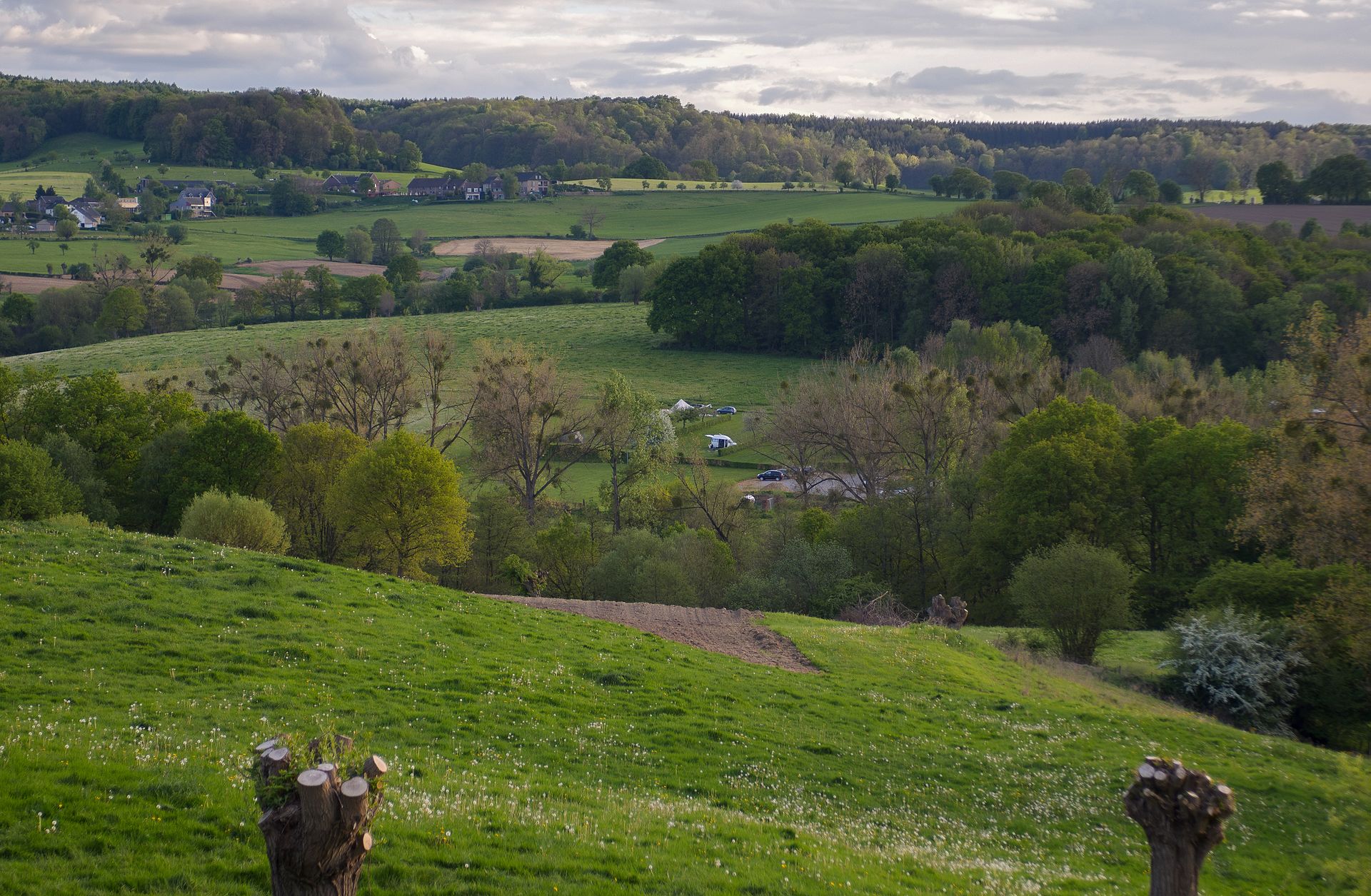 Limburg
About this region
Limburg (Dutch pronunciation: [ˈlɪmbʏr(ə)x] (About this soundlisten)) is the southernmost of the 12 provinces of the Netherlands. The province is bordered by the province of Gelderland to the north and by North Brabant to its west. Its long eastern boundary forms the international border with the state of North Rhine-Westphalia in Germany. To the west is the international border with the similarly named Belgian province of Limburg, part of which is delineated by the river Meuse. The Vaalserberg is on the extreme south-eastern point, marking the tripoint of the Netherlands, Germany and Belgium.

Limburg's major cities are the provincial capital Maastricht (pop. 121,565[5]), as well as Venlo (pop. 101,603) in the Northeast, and Sittard-Geleen (pop. 92,661) and Heerlen (pop. 86,832) in the south. More than half of the population, approximately 650,000 people, live in the south of Limburg, which corresponds to roughly one-third of the province's area proper. In South Limburg, most people live in the urban agglomerations of Maastricht, Parkstad and Sittard-Geleen.

Route Collections in this region
The 10 most beautiful car and motorcycle routes in North Brabant
Brabant, Brabant conviviality, bon vivants and who does not know the song by Guus Meeuwis about Brabant? "And then I think of Brabant, because there is still light burning there" and that is true, because the City of Light is in Brabant, in Eindhoven that is, but Eindhoven is also known as the match city of the Netherlands. The annual light festival (GLOW) in Eindhoven shows breathtaking lighting techniques, something you must see once.

But not only light, matches and Brabant cosiness in Brabant, but also a very beautiful province to tour by car or motorcycle and enjoy all the beauty that the province of Brabant has to offer. For this, the MyRoute app RouteXpert has put together a Top 10 of Car and Motorcycle routes for you.

If you think, I have a very nice route that should certainly not be missing from this collection, send it to:
email: routeexpert@myrouteapp.com
Subject: New Route for the Top 10 collection Province of Brabant composed by Hans van de Ven.

Have fun with this collection and while driving one of these routes. Enjoy all the beauty that the Netherlands and in particular the province of Brabant has to offer. Click on “View route” to read the review of the chosen route.

View Route Collection
10 Routes
1266 km
35.27 Hours
The 10 most beautiful car and motorcycle routes in Limburg
Limburg, who thinks of Limburg, thinks of flan, coal mines, marl and the hill country. The coal mines have been closed for almost 40 years, the last load of coal was brought up from the Oranje-Nassau coal mine in Heerlen on 31 December and, as they say, South Limburg was transformed from Black to Green and unfortunately there is still little left. view of this period.

But not only pie, marl and coal in Limburg, but also a very beautiful province to tour by car or motorcycle and enjoy all the beauty that the province of Limburg has to offer. For this, the MyRoute app RouteXpert has put together a Top 10 of Car and Motorcycle routes for you.

If you think, I have a very nice route that should certainly not be missing from this collection, send it to:
email: routeexpert@myrouteapp.com
Subject: New Route for the Top 10 collection Province of Limburg composed by Hans van de Ven.