Kempenmuseum De 8 zaligheden
Eight Beatitudes (Brabant)
Eight salvations is the name for eight villages in the Dutch Kempen. These are the villages Duizel, Eersel, Hulsel, Knegsel, Netersel, Reusel, Steensel and Wintelre. The name, an allusion to the Sermon on the Mount, refers to the -sel on which the name of these villages ends. Despite the fact that the villages of Duizel and Wintelre do not end in -sel, they are historically still counted among the Eight Beatitudes. Thus Duizel was traditionally written as Duisel, and Wintelre is popularly called Wèntersel.

Four of these salvations lie on the old route (at the time of the Belgian uprising an important military route) to Belgium: Steensel-Eersel-Duizel-Reusel. The four others are just a little north of: Knegsel-Wintelre-Netersel-Hulsel.

History
The oldest mention of the name Eight Beatitudes dates back to the 19th century. The Eight Beatitudes would owe their nickname to the Dutch soldiers who had been billeted here around 1830 during the Belgian Revolution and mocked the area as poverty. The selec- tions, also known as poverty, were then scornfully converted into Beatitudes. According to these oldest sources, the area of the Eight Beatitudes also includes the intermediate villages such as Casteren and Hapert, the latter of which is also located on the ever so important military route. In 1952 this was confirmed by a survey among the residents of the region. The nickname 'goodies' became a badge of honor over the years, which was also discovered by hospitality and tourism.

Discussion about eighth salvation
The inhabitants of Bladel have been claiming for years that Wintelre is not, but that Bladel would be the eighth salvation. Since the location of the village would be a lot better than that of Wintelre, which is far removed from the ever so important military route compared to Bladel. According to the vernacular circles within the Kempen, this is a misunderstanding and seems to have been motivated by too great a fixation on the place name and location, and has little to do with historical facts. This resulted in the beginning of the 21st century that a ninth stone was placed by unknown Blaelnars at the monument of the Eight Beatitudes in Reusel, which led to peppery pieces in local papers and counteractions. To date, the discussion in the Kempen is still being conducted, especially between Bladel and Reusel. (Source: Wikipedia) 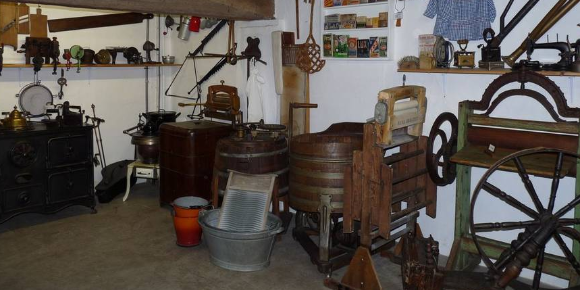 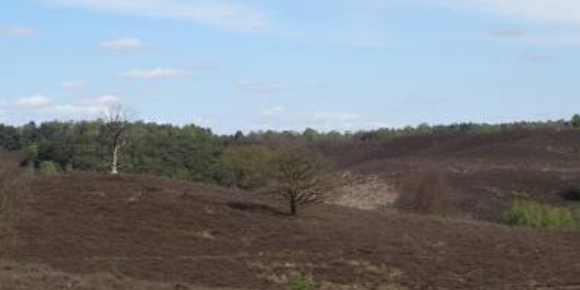 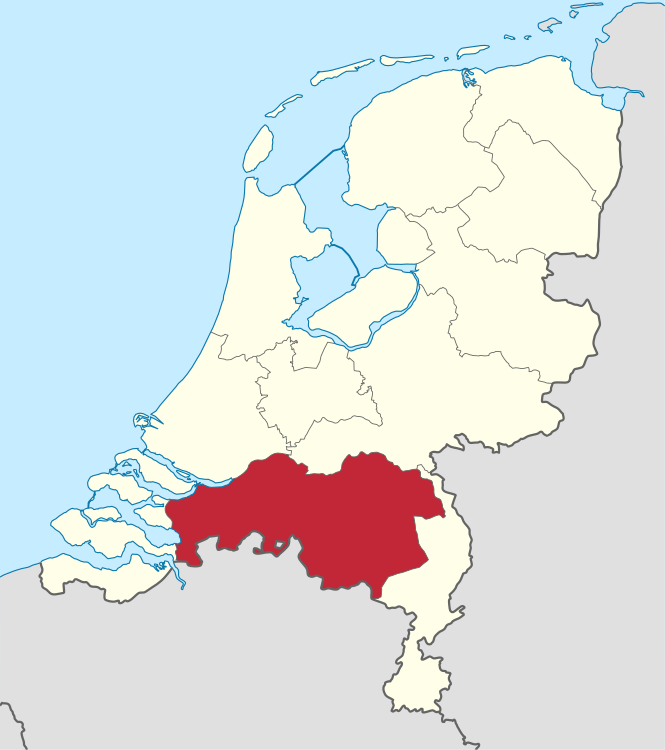 Noord Brabant
The images and text displayed here originate from the Wikipedia article "Noord Brabant", which is released under the Creative Commons Attribution-Share-Alike License 3.0.
About this region
North Brabant (; Dutch: Noord-Brabant, pronounced [ˌnoːrd ˈbraːbɑnt] (listen); Brabantian: Noord-Braobant), also unofficially called Brabant, is a province in the south of the Netherlands. It borders the provinces of South Holland and Gelderland to the north, Limburg to the east, Zeeland to the west, and the Flemish provinces of Antwerp and Limburg to the south. The northern border follows the Meuse westward to its mouth in the Hollands Diep strait, part of the Rhine–Meuse–Scheldt delta. North Brabant has a population of 2,562,566 as of November 2019. Major cities in North Brabant are Eindhoven (pop. 231,642), Tilburg (pop. 217,259), Breda (pop. 183,873) and its provincial capital 's-Hertogenbosch (pop. 154,205).

32.44
Hours
View route collection The 10 most beautiful car and motorcycle routes in North Brabant
About this route collection
Brabant, Brabant atmosphere, bon vivants and who does not know Guus Meeuwis's song about Brabant? "And then I think of Brabant, because there is still light on" and that is true, because the City of Lights is in Brabant, in Eindhoven, of course, but Eindhoven is also known as the match city of the Netherlands. The annual light festival (GLOW) in Eindoven shows breathtaking lighting techniques, something you should see once.

But not only light, matches and Brabant cosiness in Brabant, but also a very beautiful province to drive through by car or motorcycle and enjoy all the beautiful things that the province of Brabant has to offer. For this, the MyRoute app RouteXpert has compiled a Top 10 of Car and Motor Routes for you.

If you think so, I have a very nice route that should certainly not be missing from this collection, send it to:
email: routexpert@myrouteapp.com
Subject: New Route for the Top 10 collection Province of Brabant compiled by Hans van de Ven.

Have fun with this collection and while driving one of these routes. Enjoy all the beauty that the Netherlands and in particular the province of Brabant has to offer. Click on “View route” to read the review of the chosen route.