Countries in this route
Route by Hans v.d. Ven (MRA-Master)
Published: 22/12/2019
Ever since the early 90s of the last century, Promotor has been setting out the so-called Tank Bag Tours. You understand that the name still comes from the GPS-free era, when motorcyclists still searched their way on inland roads with a roadbook in the tank bag or router roll.

A route through the Noord-Holland Zaanstreek-Waterland, the landscape of Zaanstreek-Waterland, together with the banks of the IJsselmeer, consists of a rich variety of peat meadow areas and land reclamation. The peat areas, UNESCO World Heritage Beemster, OerIJ, and UNESCO World Heritage Stelling van Amsterdam are valuable in a cultural-historical sense.

You regularly pass a canal, canal or a ring canal in this route, in Medemblik some stops have been identified such as the Dutch Steam Engine Museum, this is the place to discover what water and fire can cause! Stop and discover how James Watt's world invention works. Then you can take some nice pictures at Castle Medemblik or Radboud, this castle is on the east side of the harbor of the North Holland city of Medemblik. The castle dates from 1288. Medemblik Castle is one of the many castles in the province of Noord-Holland, which were built partly commissioned by Floris V.

Then a coffee and / or lunch stop at Eetcafé De Kwikkel located directly in front of the drawbridge at the Westerhaven in Medemblik. After the stop you can visit the Old Bakery Museum, this museum was founded in 1985 following an exhibition in the station building of the Hoorn-Medemblik Museum Steam Tram.

After the stops in Medemblik we continue towards Amstelmeer, this is a lake located on the west side of Wieringen in Noord-Holland. The lake is especially popular among windsurfers. There are several beaches on the lake that are suitable for day recreation, so there is also the possibility to take some pictures. We continue in the direction of the Spijkerboor and on the way we pass the Waard Canal, the Alkmaar-Kolhorn Canal and the Eilandspolder, this is an extremely water-rich area that was diked in in the 13th century. Until the 17th century it was surrounded by a number of very large lakes, in particular the Schermer and the Beemster, and not far from the sea. It is remarkable how high the polder is compared to the land reclamation sites of Schermer and Beemster. Originally it is a light salty low peat area. Until recently, the Eilandspolder was largely a fairway, meaning that the grassland plots could only be reached by water.
Just before the end point you will pass the Noordhollandsch Kanaal, this is a canal in the province of Noord-Holland and runs from Amsterdam-Noord, via Purmerend and Alkmaar to Den Helder. The Noordhollandsch Kanaal was dug in the beginning of the 19th century by order of King Willem I. The end point, 't-Heerenhuis, is also on the Noordhollandsch canal. 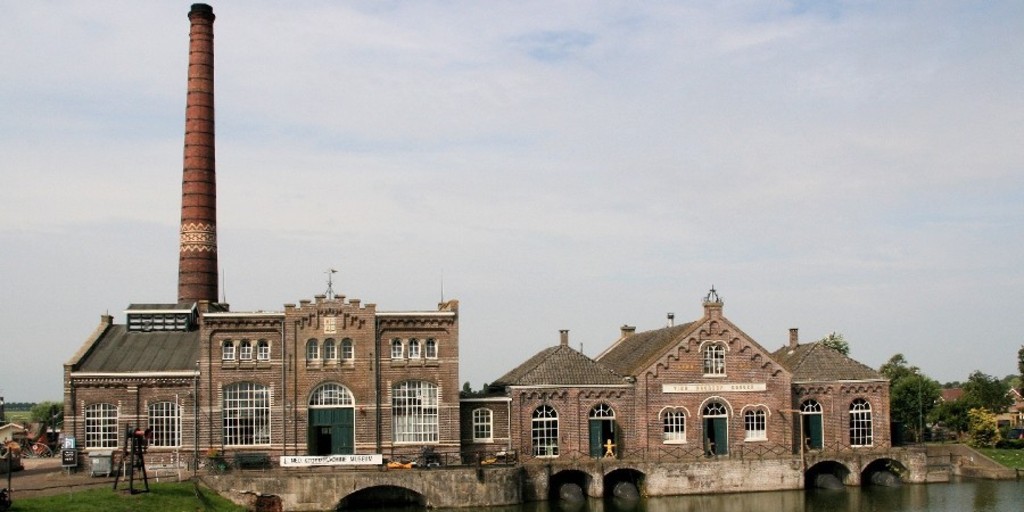 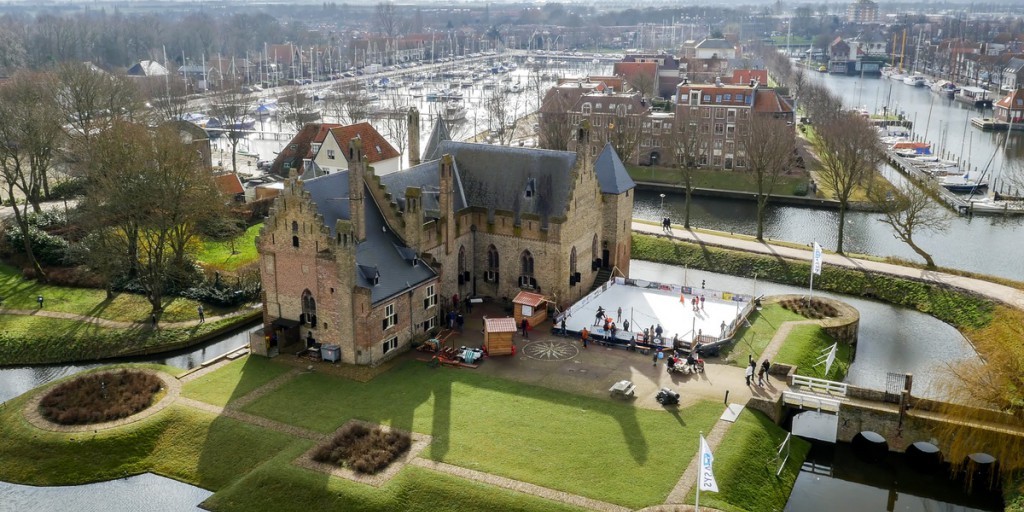 Noord Holland
The images and text displayed here originate from the Wikipedia article "Noord Holland", which is released under the Creative Commons Attribution-Share-Alike License 3.0.
About this region
North Holland (Dutch: Noord-Holland, pronounced [ˌnoːrt ˈɦɔlɑnt] (listen)) is a province of the Netherlands in the northwestern part of the country. It is located on the North Sea, north of South Holland and Utrecht, and west of Friesland and Flevoland. In November 2019, it had a population of 2,877,909 and a total area of 4,092 km2 (1,580 sq mi), of which 1,430 km2 (550 sq mi) is water. From the 9th to the 16th century, the area was an integral part of the County of Holland. During this period West Friesland was incorporated. In the 17th and 18th century, the area was part of the province of Holland and commonly known as the Noorderkwartier (English: "Northern Quarter"). In 1840, the province of Holland was split into the two provinces of North Holland and South Holland. In 1855, the Haarlemmermeer was drained and turned into land. The provincial capital is Haarlem (pop. 161,265). The province's largest city and also the largest city in the Netherlands is the Dutch capital Amsterdam, with a population of 862,965 as of November 2019. The King's Commissioner of North Holland is Johan Remkes, who has served since 2010. There are 51 municipalities and three (including parts of) water boards in the province. The busiest airport in the Netherlands and Europe's third-busiest airport, Amsterdam Airport Schiphol, is in North Holland.