Countries in this route
Route by Hans v.d. Ven (MRA-Master)
Published: 18/01/2020
Since the beginning of the 90s of the last century, ANWB / Promoter has been deploying the so-called Tank Bag Tours (TTT). You understand that the name still comes from the GPS-free era, when motorcyclists still searched their way on roads with a roadbook in the tank bag or router roll.

These TTT are touring through the Netherlands with the occasional trip to Belgium, Germany or even Luxembourg, which are driven 6 to 7 times a year. The 1st around March and the last around October. These TTTs have a starting point, a pause location and an end point. It is nice to discover what you have not seen in your own country and which nice roads you did not know before.

This TTT is from 2018, so the route may differ slightly from the original.

Noord-Holland
The 2nd Tank Bag Tour of 2018 has the start and end points in Akersloot. This wonderful route goes straight through typical Dutch nostalgia. Roof tiles and waterways are regularly on the same level along the route. Winding dike roads that turn into endearing ribbon villages with characteristic green paneling. The decor of an old master who comes alive with revolving mill blades. This Tank Bag Tour is an invitation for historical awareness.

The tour starts in Akersloot and via Uitgeest you soon arrive in a water-rich polder landscape. The meadows always seem surrounded by ditches, canals, ponds and lakes. The many reeds mark the water edges as rustling collars. What you will soon notice are the constantly changing height differences between water and land. For centuries, the inhabitants of this region fought against the ater, both salty and sweet. Sandwiched between the North Sea and South Sea, they managed to reclaim the area with varying degrees of success. But the threat of dyke breaches in the storm was always present. Yet they managed to control the ever-threatening flooding. After all, creative water management flowed through the veins that they also lived from it over time. The many drainage channels acted as waterways for trade, connecting the many hamlets and villages. And what remained dry was used for agriculture and animal husbandry. Although certainty was not given: many grazers got wet hooves with the unpredictably rising water.

Via Krommenie it goes over the Starnmeerdijk past Spijkerboor. Then you pass the island De Woude, which lies in the Alkmaarder Meer. There you can stroke the gas tap with policy until you reach De Rijp via East and West Graftdijk. This is a very well-preserved village with picturesque architecture such as the lovely town hall from 1630 and the white drawbridge. Both are very characteristic of De Rijp and on the characteristic roofs a certain mold will feel completely at home on 5 December. Although: the old Dutch were not interested in hordes of tourists, considering the width of the streets. So drive carefully, the many nostalgic vistas to the left and right also conceal incoming traffic. If you want to enjoy De Rijp in peace, enjoy the old village center on the terrace of the Wapen van Munster.
Past the traditionally rival village of Graft, over the Meer and Molendijk, you will pass watery polder ponds. Around you lots of meadow, water and birds of prey. It is called De Schermer here and this old polder has in its flag portrayed the pike and windmill vanes very understandably in its flag. The winding nature of the dyke and polder roads also reveals that the residents were forced to adapt to the water. But that is what motorcyclists enjoy today. And you can feel that in your hips.

Motorcyclists who do not come from the Randstad often speak with horror at the most densely populated part of the Netherlands. As if 5 million Dutch people live in a nightmare, which is absolutely not the case in this part of the Randstad. Rather you can speak of a polished wet dream. The polders will do even more for you when you give free rein to your cultural curiosity. The route takes you past small hamlets and past large farms with distinctive high roofs. Place names often end with Horn, such as Schermerhorn, Avenhorn and Barsingerhorn. This refers to an earlier exit to the sea or a sharp land corner. The TankTasTocht continues via mainly good roads, whereby the environment still deserves your full attention. In Oude Niedorp, for example, you come across the framework of a homeless church from the fourteenth century. In the town of Schagen it is time to tighten the reins and force the engine to a halt. To pose with the bronze Taurus, because in Schagen they are proud of double-muscled cows. By the way, to familiarize yourself with the West Frisian dialect: 'Skapen skating in Skagen' simply means 'Shearing sheep in Schagen'. They pronounce the Sch here as Sk. And now don't laugh.

After Sint-Maarten the route will guide you through the steep and winding West Frisian dike. The many curves indicate earlier dyke breaches, but nowadays it is a popular route along fields and water pools for motorcyclists. From the high dyke you can already see the wooded sea dunes in the front right of the cockpit. After the dike, continue straight in a westerly direction. Until the preprogrammed route takes you south from Petten to the North Sea. Perhaps the salty sea air will stimulate your imagination. As you reach the wooded area between Groet and Bergen, the striking green architectural style quickly diminishes. Sweet pine scent compensates for this loss. The traces of the fight against the water also seem to have dried up. The wet polders have been replaced by rolling forests. The lively artists' village of Bergen then brings you into doubt. Shortly after Schagen to take another break on one of the inviting terraces? Or to stretch your legs again to fully absorb the artistic tourist character of the village? In 1799 the Battle of Bergen was fought in this region. The French of the Batavian republic let the Anglo-Russian troops die. The Anglo-Russian alliance was common at the time, but nowadays highly curious. The bullet impacts resulting from this battle can be admired in the battered ruin church in the center of Bergen.

Via the Herenweg it goes past Egmond aan de Hoef. If you can't find an answer to the call of the sea: for those who want to feel the warm beach sand along their toes, turn towards Egmond aan Zee. The seaside town offers a great view of the North Sea. And when the motorcycle boots are knocked out, it is just a sea breeze from the dunes towards the end point in Akersloot. In short: a dyke of route through a hatch to the past. Touring along the inventiveness of an enterprising people, whose history we still cherish carefully. (Source: Promotor 03-2018). 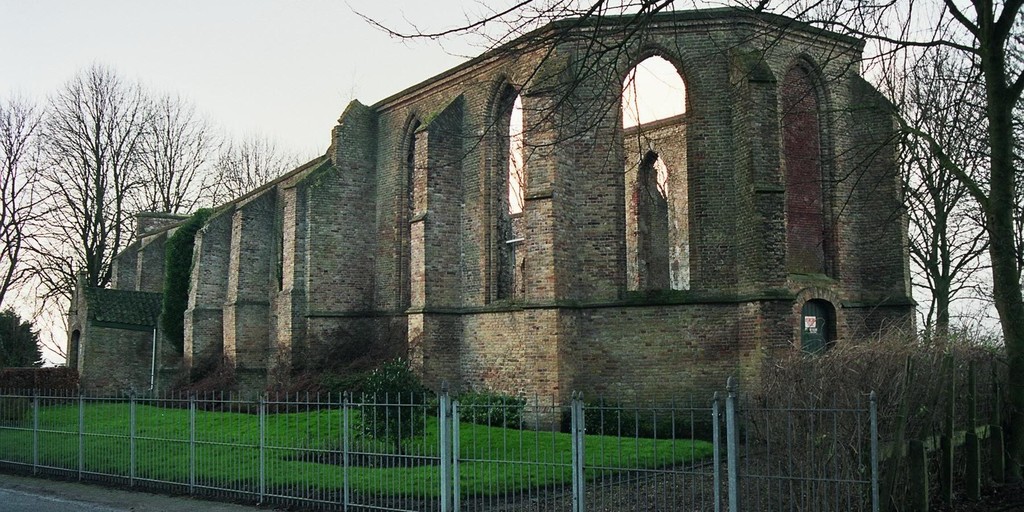 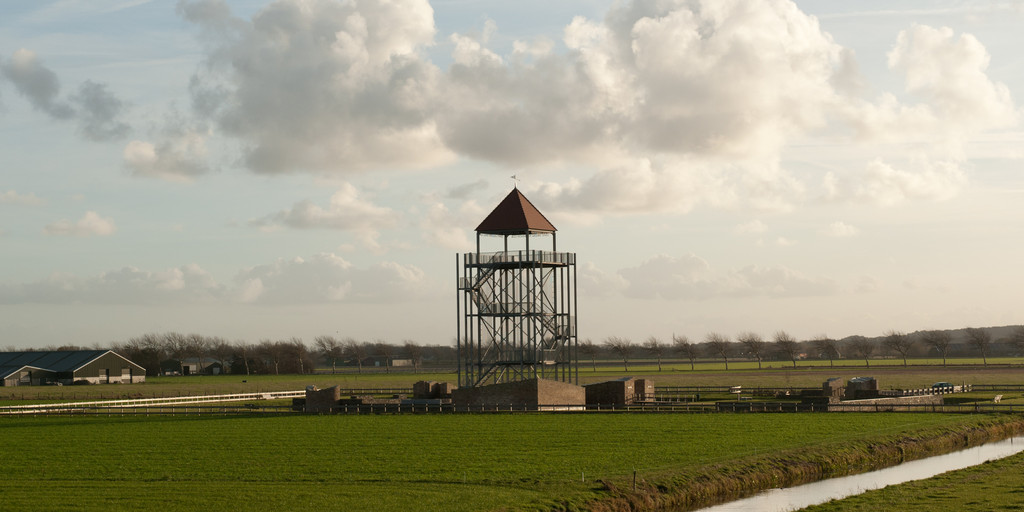 Noord Holland
The images and text displayed here originate from the Wikipedia article "Noord Holland", which is released under the Creative Commons Attribution-Share-Alike License 3.0.
About this region
North Holland (Dutch: Noord-Holland, pronounced [ˌnoːrt ˈɦɔlɑnt] (listen)) is a province of the Netherlands in the northwestern part of the country. It is located on the North Sea, north of South Holland and Utrecht, and west of Friesland and Flevoland. In November 2019, it had a population of 2,877,909 and a total area of 4,092 km2 (1,580 sq mi), of which 1,430 km2 (550 sq mi) is water. From the 9th to the 16th century, the area was an integral part of the County of Holland. During this period West Friesland was incorporated. In the 17th and 18th century, the area was part of the province of Holland and commonly known as the Noorderkwartier (English: "Northern Quarter"). In 1840, the province of Holland was split into the two provinces of North Holland and South Holland. In 1855, the Haarlemmermeer was drained and turned into land. The provincial capital is Haarlem (pop. 161,265). The province's largest city and also the largest city in the Netherlands is the Dutch capital Amsterdam, with a population of 862,965 as of November 2019. The King's Commissioner of North Holland is Johan Remkes, who has served since 2010. There are 51 municipalities and three (including parts of) water boards in the province. The busiest airport in the Netherlands and Europe's third-busiest airport, Amsterdam Airport Schiphol, is in North Holland.

25.27
Hours
View route collection The ANWB ProMotor Tank Bag Tours of 2018
About this route collection
Ever since the early 90s of the last century, Promotor has been setting out the so-called Tank Bag Tours. You understand that the name still comes from the GPS-free era, when motorcyclists still searched their way on roads with a roadbook in the tank bag or router roll.