Countries in this route
Route by Hans v.d. Ven (MRA-Master)
Published: 08/12/2019
Ever since the early 90s of the last century, Promotor has been setting out the so-called Tank Bag Tours. You understand that the name still comes from the GPS-free era, when motorcyclists still searched their way on inland roads with a roadbook in the tank bag or router roll.

Landhuis Het Walien
This TTT starts in Hengelo and goes mainly through beautiful roads via various smaller pictures around Winterswijk to Diepenheim to end in Lochem.

In this TTT through the beautiful Gelderland and Overijssel, you will come across streams and rivers several times, the first to cross Boekelerbeek, this is a stream in the vicinity of Boekelo in the Dutch province of Overijssel. The stream flows past Boekelo in the direction of the water mill in Oele, from where it flows further with the names Oelerbeek and Azelerbeek to flow into the Bornsebeek north of Zenderen. You also cross the Bolksbeek several times, this is a waterway that flows through the Dutch provinces of Gelderland and Overijssel. The waterway starts a little to the east of Haarlo as a branch of the Berkel. The stream then flows between the places Gelselaar and Geesteren to the Twentekanaal. You also cross the Buurserbeek several times, this stream has three names. The German Aa originates in the German Ahaus and is also called the Ahauser AA. From the border the river flows as Buurserbeek and Schipbeek (from Diepenheim) to the Ijssel.

The De Sevinkmolen is also included in the route, this mill was built in 1868 for three Meddose farmers, namely DW in Gronde, GW in Voortwis and JH Seevink. The mill was built on the ground of Seevink and was therefore called the Sevink Mill, although the actual name is De Zorg. The Sevink Molen is a round belt flour mill, built in the municipality of Winterswijk, province of Gelderland.
In 1916 the mill was stopped due to poor construction condition. The mill was then sold to JW Helder, who had it repaired. After that, the mill was in operation until 1928. In that year, the sail's cross blew from a windmill during a storm. The mill was then used as a shelter for a mechanical mill and as a storage place for the Cooperative Agricultural Association Winterswijk. In August 1992 the mill was recognized as a national monument. The Sevink Molen received support from Monumentenzorg, the Province of Gelderland, the municipality of Winterswijk and various funds. The De Sevink Molen Foundation started the restoration in April 1999. This was completed in June 2001. The mill was reopened on June 20, 2001 by Deputy Prime Minister Annemarie Jorritsma. The Sevink Molen leisure park is located around the mill.

Then you cross the Twentekanaal at Diepenbeek and Lochem. The Twentekanaal is a waterway in the Dutch provinces of Gelderland and Overijssel that connects the three major cities of Twente, Almelo, Hengelo and Enschede to the national network of rivers and canals. Because of the branch to Almelo, Rijkswaterstaat is consistently talking about the Twente canals. 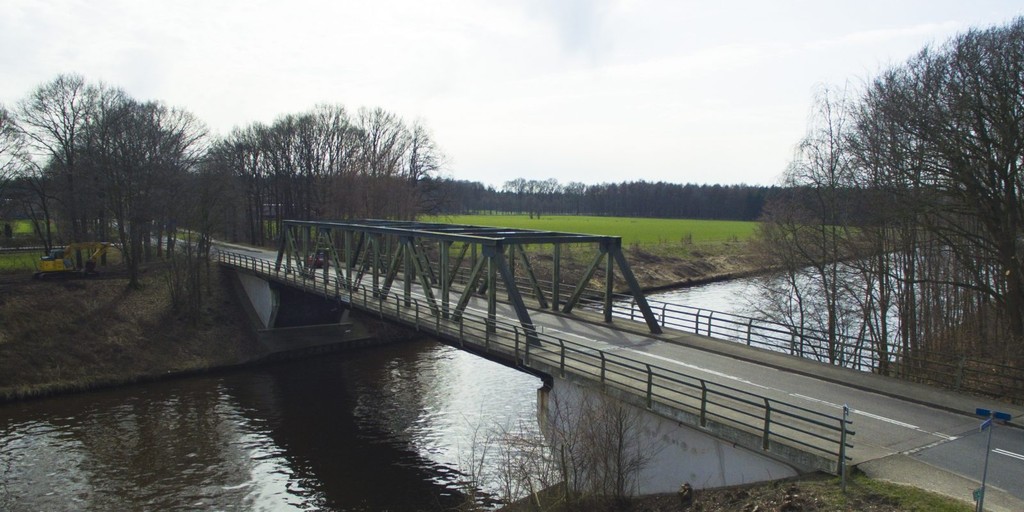 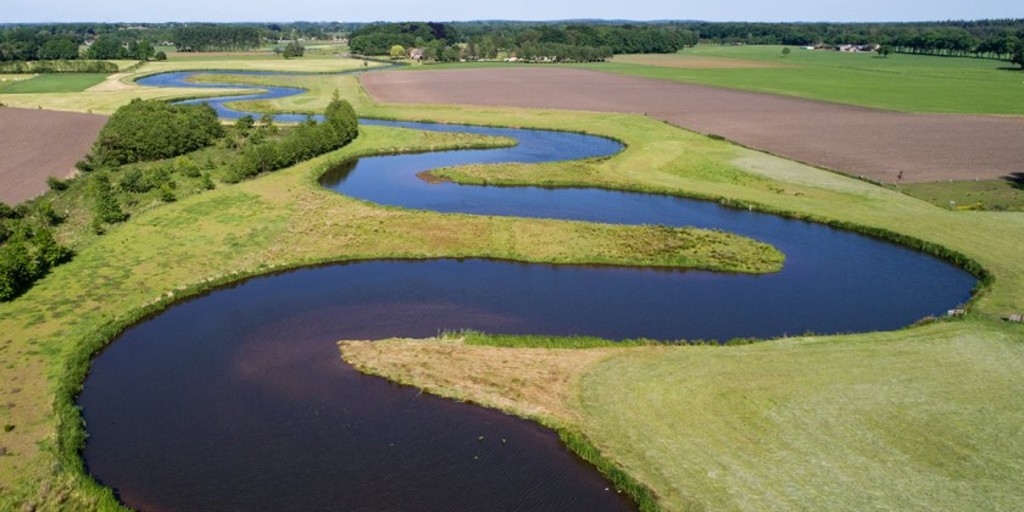 Overijssel
The images and text displayed here originate from the Wikipedia article "Overijssel", which is released under the Creative Commons Attribution-Share-Alike License 3.0.
About this region
Overijssel (Dutch: [ˌoːvərˈɛisəl] (listen); Low German: Oaveriessel [ˌɒːvərˈiːsl̩]; German: Oberyssel) is a province of the Netherlands located in the eastern part of the country. The province's name translates to "across the IJssel", from the perspective of the Episcopal principality of Utrecht by which it was held until 1528. The capital city of Overijssel is Zwolle (pop. 127,497) and the largest city is Enschede (pop. 158,986). The province had a population of 1,162,215 as of November 2019.