Countries in this route
Route by Hans v.d. Ven (MRA-Master)
Published: 11/05/2019
Ever since the early 90s of the last century, Promotor has been setting out the so-called Tank Bag Tours. You understand that the name still comes from the GPS-free era, when motorcyclists still searched their way on inland roads with a roadbook in the tank bag or router roll.

rp 36 - Van Heemstraweg in Heerewaarden (Gelderland)
This TTT starts in Gorinchem at the McDonalds and goes over mostly beautiful roads along the Linge * through the Betuwe ** and along the Waal to Zaltbommel and along the Maas to the end point, the McDonalds in Waalwijk.

* De Linge is a river that flows from Doornenburg to Gorinchem in the Betuwe. Large parts of the Linge are not navigable by motorized ships. The municipalities of Lingewaard and Lingewaal derive their name from the Linge.
** The Betuwe is a region in the Dutch province of Gelderland, located between the rivers Waal in the south and the Lower Rhine and Lek in the north. The Betuwe region consists of three parts: the Over-Betuwe; the Lower Betuwe and the Tielerwaard. (Source: Wikipedia).

Immediately after departure you look up the Linge and continue to follow it via the south side to Geldermalsen. In Geldermalsen you cross the Linge to drive via Buren, Kerk Avezaath, Zoelen and Echteld to Beneden-Leeuwen where you have the opportunity to have lunch.
After lunch, head for the Waal and continue to follow it until you reach Zaltbommel and then head down to Ammerzoden, where you cross the Maas and arrive almost immediately in the fortress of Heusden ***.

*** The fortified city arose around one of the oldest moated castles in north-west Europe and was one of the first Dutch cities to be surrounded by a wall. After 1968 the city was thoroughly restored. The starting point was the map of Blaeu from 1649. The fortifications and the muted city harbor have been restored to their former glory. With the restoration, Heusden won the highest European restoration prize 'Europa Nostrae' in 1980. On top of the ramparts of the fortified city of Heusden you have a beautiful view over the Brabant and Gelderland landscape, the Bergsche Maas and the restored city.

After Heusden you continue to follow the Bergsche Maas **** and then arrive at the end point, McDonalds Waalwijk.
**** The Bergsche Maas is a dug river in North Brabant that forms the continuation of the Maas, and changes its name further into the Amer. The Bergsche Maas originated when in 1904 the Maas was continued from Well in a westerly direction to the west. (Source: Wikipedia). 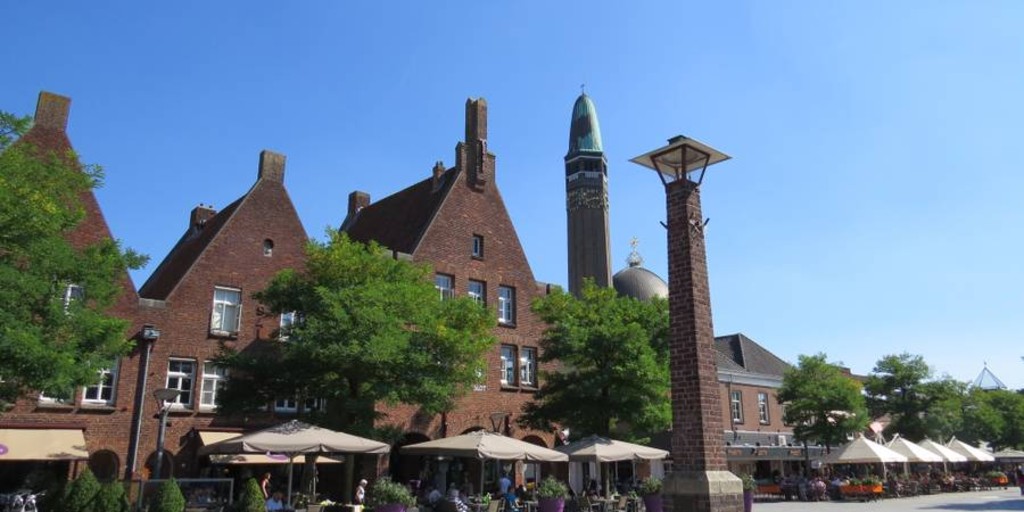 35.74
Hours
View route collection The 10 most beautiful car and motorcycle routes in Utrecht
About this route collection
Utrecht, when you say Utrecht, you say Dom Tower, Utrechtse Heuvelrug, who doesn't know it? But not only this, Utrecht also has the New Dutch Water Line, the National Military Museum and the Winkel van Sinkel, there is everything for sale!

24.97
Hours
View route collection The ANWB ProMotor Tank Bag Tours of 2011
About this route collection
Ever since the early 90s of the last century, Promotor has been setting out the so-called Tank Bag Tours. You understand that the name still comes from the GPS-free era, when motorcyclists still searched their way on inland roads with a roadbook in the tank bag or router roll.