Route Summary
This is the 6th of 14 routes of the tour through Sweden and Norway. This route starts in Savalen, and goes via the Trollstigen to Hjelledalen, where the end point of this route is located.

The views are good, the roads are better and the curves are best! Not to mention the views.

RouteXpert Review
Never boring and anything but flat ... those are the valleys and valleys of Eastern Norway, but that certainly also applies to this route to Western Norway! Western Norway is one of the most beautiful parts of Norway. West Norway is also the fjord area of Norway. This region falls under the More og Romsdal region. This has been the most popular region among tourists for years. Not surprising: in addition to the huge fjords, there are grand waterfalls, special towns and impressive glaciers ...

You start, if you wish, with 25 KM of gravel roads. If you do not want to drive on gravel roads, skip route points 3 to 8, and keep following the road until the main road "3", then turn right and turn right again onto "29" (Folldalsvegen) in Stea.

After coffee on to the Slettafossen, this is an extremely powerful waterfall in the Rauma river, this is a 68 km long river. The Rauma flows into the Romsdalsfjord and the Atlantic Ocean. Definitely stop, there is also a nice shop. When you have crossed the river Rauma, the climb to the Trollstigen begins, where you definitely have to stop upstairs to have something to eat and drink, but above all to enjoy the view and of course to buy a souvenir. After the Trollstigen, cross the fjord with the ferry Linge - Eidsdal to the next experience: Dalsnibba! Dalsnibba is a mountain of 1476 meters in the province of Møre og Romsdal in Norway. It is located above Geiranger, 7 kilometers from the Geirangerfjord. Dalsnibba can be reached via a toll road from the RV 63. The mountain is also regularly covered with snow in the summer. Is the few NOK in toll more than worth it, so definitely drive up. After Dalsnibba it is winding to the hotel, where you can process the impressions again and prepare for the tour through this area.

In this 5 star route you mainly drive on good roads, take the time for the stops in the Dovrefjell National Park & Dalsnibba.

General information:
Norway is known for its amazing natural beauty. Fjords that tens of miles into the country, snow-covered high plains, sharp mountain peaks and vast forests. In this sparsely populated country, most people live in the cities, the capital of which is Oslo.

Some practical tips:
Tolls must be paid on a large number of roads in Norway. For many routes that is temporary: in Norway the costs for new roads, bridges and tunnels are paid by tolls. When the construction costs are settled, the toll on that specific route is lifted again. Bergen, Oslo, Trondheim, Kristiansand and some other cities also charge (city) tolls.
It is not necessary to take action when staying in Norway. Anyone approaching a toll road can simply drive on without stopping. With cameras above the road, the license plate of the vehicle is scanned, not the license plate of the trailer or caravan. It takes a long time for the photos to be processed.
The bill is then sent to the Euro Parking Collection (EPC) in London within four to six months. There is no extra charge for this service.
Mandatory on the motorcycle:
Safety vest - A motorcyclist must bring at least one safety vest. In the event of a breakdown or accident, the driver is obliged to wear a safety vest. The ANWB advises motorcyclists to also take a safety vest for a possible passenger.
Advice:
First aid kit - Motorcyclists are advised to bring a first aid kit. 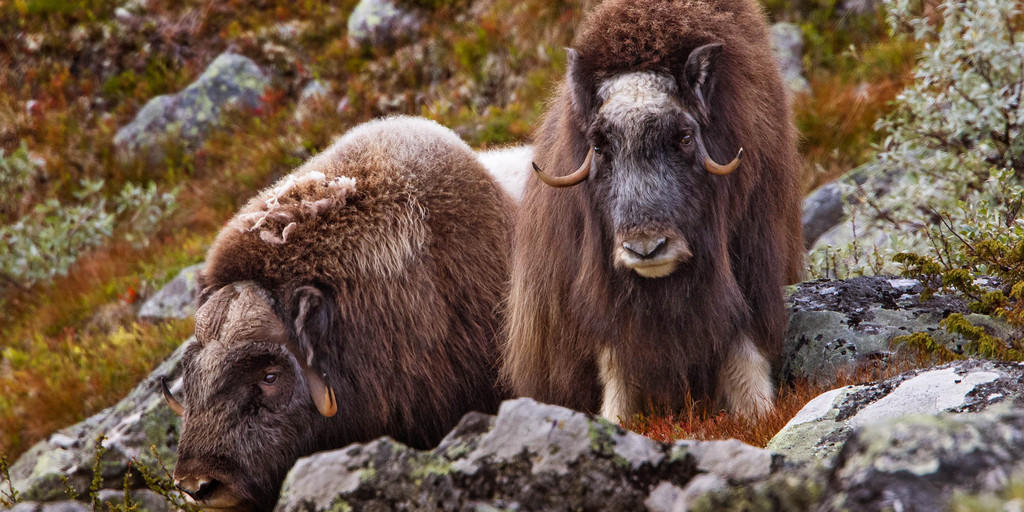 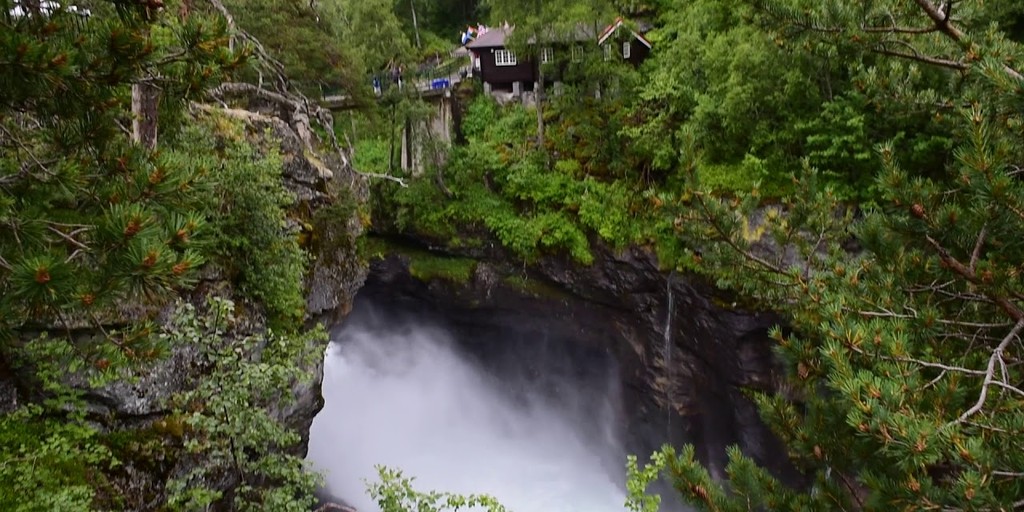 More og Romsdal
About this region
Møre og Romsdal (Urban East Norwegian: [ˈmø̂ːrə ɔ ˈrʊ̀msdɑːɫ] (listen); English: Møre and Romsdal) is a county in the northernmost part of Western Norway. It borders the counties of Trøndelag, Innlandet, and Vestland. The county administration is located in the town of Molde, while Ålesund is the largest town. The county is governed by the Møre og Romsdal County Municipality which includes an elected county council and a county mayor. The national government is represented by the county governor.
Read more on Wikipedia View region

Route Collections in this region
The Top 5 Car and Motorcycle Routes around the Norwegian Fjords
Norway, who doesn't want to go there by motorbike or by car (camper)? Norway, officially the Kingdom of Norway, is a country in Northern Europe. Norway is located on the western part of the Scandinavian Peninsula and borders Sweden, Finland and Russia.

Go to Norway, forget it! You don't go to Norway for a while, take at least 14 days to take in all the beauty of Norway. The 5 routes along Norway's most famous fjords can be the start of an unforgettable holiday. When it comes to natural beauty, Norway is certainly in the top ten of most desirable holiday countries. Fjords, snow-capped peaks, mirrored lakes: every square meter is a treat.

Some of the ANWB's Top 10 tips are included in these 5 routes, such as:

fjords
They are considered one of the world's most beautiful natural wonders: the imposing Norwegian fjords. Millions of years ago, they were eroded by huge masses of ice. It is an unforgettable experience to sail on a ship between the steep rock walls, but you can also admire the fjords from various vantage points. Spectacular include Geirangerfjord, Trollfjord, Sognefjord and Hardangerfjord. Certainly one of the most beautiful sights in Norway.

Trollstigen
The Trollstigen, also known as the Troll route, has what you would call the wow factor. On the 20 kilometer route you will experience no fewer than 11 hairpin bends; the average increase is 8 percent with a maximum of 10 percent. So a pill against motion sickness won't hurt… On the way it's a feast of waterfalls, steep mountain walls and fjords. Bonus: the beautiful view of the Geirangerfjord.

All routes in this collection have been checked and made equal for TomTom, Garmin and MyRoute-app Navigation!

Have fun with this collection and while driving one of these routes. Enjoy all the beauty that Norway has to offer. Click on “View route” to read the review of the chosen route.

In this collection 14 beautiful routes through Sweden & Norway.

Good preparation is half the battle, so read the tips below carefully.
1. Check the weather forecast. It can be very hot in Sweden & Norway, but it can also get very cold. Always check the weather forecast before you go, so that you can pack the right clothes.
2. Decide in advance which route or routes you want to follow. This way you don't drive around like a headless chicken and you can make the most of your days off in these beautiful countries.
3. Familiarize yourself with the traffic rules. In Sweden & Norway, in some situations, slightly different rules apply than in the Netherlands. By immersing yourself in the traffic rules, you prevent (unknowingly) committing a traffic violation and/or putting yourself in a dangerous situation.

It is also wise to book the accommodations in advance. It might be more fun to drive through these countries on spec, but you don't want to drive around endlessly to find a place to sleep. If you go to Sweden or Norway during the high season, the chance that you will have to look for a place to sleep is greatest. It is also possible to camp during your motorcycle trip, but find out in advance where this is and is not allowed. You are not allowed to pitch your tent everywhere.

As the largest country in Scandinavia, you can enjoy extensive tours in a unique environment. Forests, lakes, nature parks and agricultural areas largely determine the landscape, which also consists of flat areas and rolling hills. Around the Swedish-Norwegian border is the Scandinavian Highlands, where the mountains rise locally to 2100 meters.

Norway is known for its amazing natural beauty. Fjords that go into the country tens of kilometers deep, snow-covered plateaus, sharp mountain peaks and vast forests. In this sparsely populated country, most people live in the cities, of which the capital Oslo is the largest.

Tolls have to be paid on a large number of roads in Norway. If you approach a toll road, you can continue without stopping. With cameras above the road, the license plate of the vehicle is scanned, not the registration number of the trailer or caravan. It takes quite some time to process the photos.
The bill is then sent home within four to six months by Euro Parking Collection (EPC) in London.