Villacher Alpenstrasse
The twelfth route from the 12 most beautiful routes motorcycle country Carinthia.

The route has been carefully compiled for use in TomTom, Garmin and MyRoute app navigation.
Sufficient stops on the way with a nice view or to eat or drink. This tour gets 5 stars.

A visit to the motorcycle country of Carinthia is always an experience. Last but not least, it is the impressive panoramic roads that attract us motorcycle tourers to the three-country region AUT-SLO-ITA. The Goldeck panoramic road RP 13 and the Villach Alpine Road RP 49 are two of the five mountain passes in Carinthia, which are also integrated into the Panorama Road Ticket Carinthia.

RP 2: A visit to the Villach Vehicle Museum
RP 12: The Goldeck Panorama Road travels on the 14.5 km route with ten bends and a maximum gradient of ten percent. While the panoramic road initially leads through the dense mountain forest, it later clears the wide views of numerous Alpine peaks. Along the tree line, the panoramic road snakes upwards and you enjoy the dreamlike view!

RP 23 - 25: for non-beginners: The toll road Mangartstraße, which branches off from the Predelpass, leads to the highest legally approachable point of the Julian Alps, the Lahnscharte. Ten adventurous kilometers wind their way up the mountains to a final loop. Five narrow, unlit tunnels caution caution: Here may ever rocks lie around. For the past ten years, the track has been asphalted. The trick: According to reports, the toll booth seems to be rarely filled. Coffee stop Mangarthütte RP 25

RP 31-37: The Vršič Pass (1,611 m) is the highest road pass in the eastern Julian Alps. The high mountain road from Kranjska Gora via Vršič to Log in Trenta has 50 serpentines, 26 on the side of Trenta and 24 on the side of Kranjska Gora. On the way you can see the Russian chapel RP 35.

RP 44: Turn right past the Wurzenpass if you want to visit the bunker museum.

RP 48-49: The Villach Alpine Road is a 16.5 kilometer Alpine road in southern Carinthia. It is a beautiful route, which is certainly one of the most beautiful Alpine roads in Austria. The route begins in the district Villach-Möltschach and leads over a winding road with 116 curves and 7 hairpin bends along the 2166 meter high Dobratsch and the nature park of the same name. In addition, you can bridge more than 1200 vertical meters. While driving through the Villach Alpine Road, you will always enjoy spectacular views.

It was a wonderful tour again! 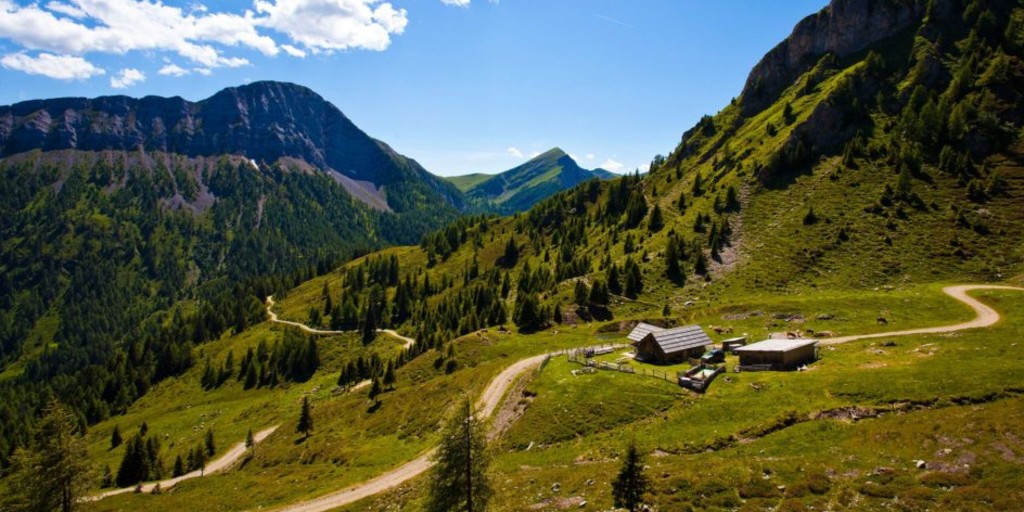 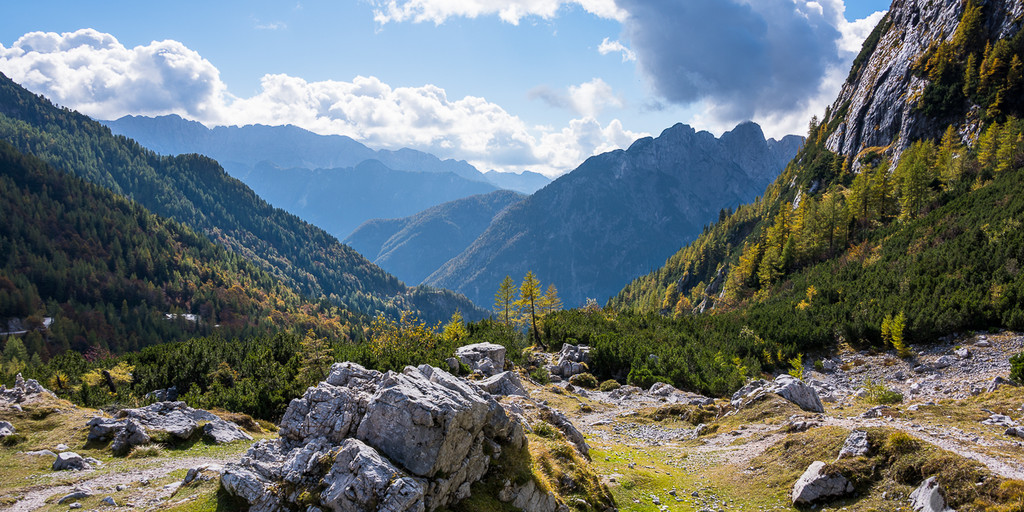 Gorenjska
The images and text displayed here originate from the Wikipedia article "Gorenjska", which is released under the Creative Commons Attribution-Share-Alike License 3.0.
About this region
Upper Carniola (Slovene: Gorenjska; Italian: Alta Carniola; German: Oberkrain) is a traditional region of Slovenia, the northern mountainous part of the larger Carniola region. The centre of the region is Kranj, while other urban centers include Jesenice, Tržič, Škofja Loka, Kamnik, and Domžale. It has around 300,000 inhabitants or 14% of the population of Slovenia.