Countries in this route
Route by René Plücken (RouteXpert)
This is one of the routes of the 2018 BUSA Stampede event, better known as The Hellbender. Route start and finish in Eminence Missouri.

Alley Springs
This 114 mile ride offers one of the best winding routes in Missouri.
The route starts and ends in Eminence, where you can book several hotels, campsites and B&B for your overnight stay.

With almost 300 turns you will not only find this ride very beautiful, but also exciting for the senses.
You drive through a beautiful area with a number of sights and places where you can undertake activities such as hiking, fishing and canoeing.

I have indicated a number of attractions on the route with a Route Point:
RP2 The Round Spring and Cave. The Round Spring Cave offers great formations and caves. The Round Spring area is home to a family site, a picnic area, and caves where guided walks are held.
RP5 Aker's Ferry and canoe rental. Facilities include canoes, pipes, camping, cabins, swimming pool, food, shop, hot showers, modern toilets and electricity. Here you can make a beautiful canoe trip over the Current River (wild)
RP8 Montauk Springs and State Park is a public recreation area with nearly 3,000 hectares (1200 ha) on the Current River, southwest of Salem, Missouri. The park contains a fish farm and is known for its rainbow and brook trout fishing. The park has various natural sources, including Montauk Spring.
RP12 The Old Mill at Summersville.
RP13 Alley Spring and Mill, an old mill on a river.

I rate this route with 4 stars. 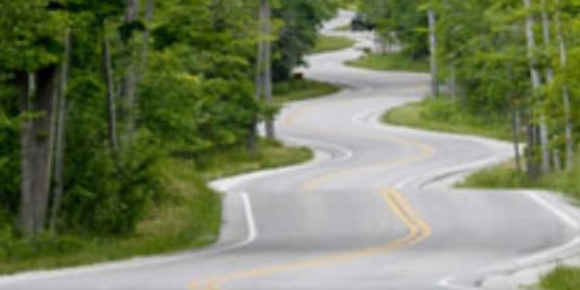 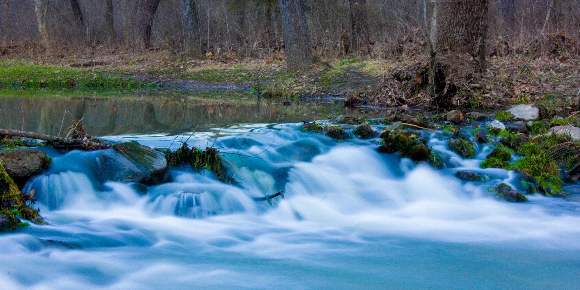 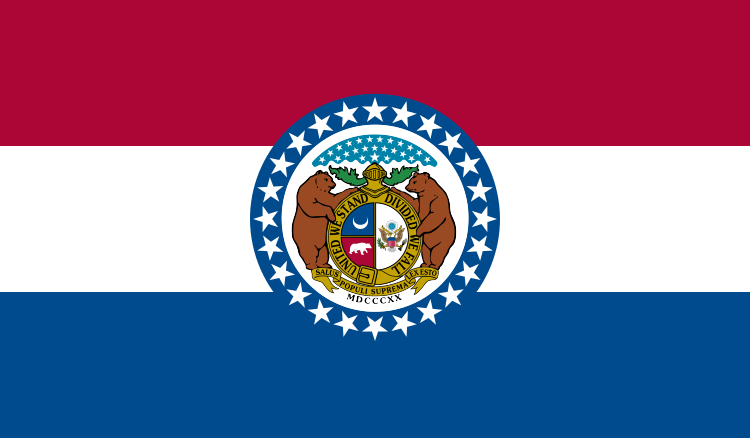 Missouri
The images and text displayed here originate from the Wikipedia article "Missouri", which is released under the Creative Commons Attribution-Share-Alike License 3.0.
About this region
Missouri is a state in the Midwestern United States. With more than six million residents, it is the 18th-most populous state of the country. The largest urban areas are St. Louis, Kansas City, Springfield and Columbia; the capital is Jefferson City. The state is the 21st-most extensive in area. Missouri is bordered by eight states (tied for the most with Tennessee): Iowa to the north, Illinois, Kentucky and Tennessee (via the Mississippi River) to the east, Arkansas to the south and Oklahoma, Kansas and Nebraska to the west. In the south are the Ozarks, a forested highland, providing timber, minerals and recreation. The Missouri River, after which the state is named, flows through the center of the state into the Mississippi River, which makes up Missouri's eastern border. Humans have inhabited the land now known as Missouri for at least 12,000 years. The Mississippian culture built cities and mounds, before declining in the 14th century. When European explorers arrived in the 17th century, they encountered the Osage and Missouria nations. The French established Louisiana, a part of New France, founding Ste. Genevieve in 1735 and St. Louis in 1764. After a brief period of Spanish rule, the United States acquired the Louisiana Purchase in 1803. Americans from the Upland South, including enslaved African Americans, rushed into the new Missouri Territory. Missouri was admitted as a slave state as part of the Missouri Compromise. Many from Virginia, Kentucky and Tennessee settled in the Boonslick area of Mid-Missouri. Soon after, heavy German immigration formed the Missouri Rhineland. Missouri played a central role in the westward expansion of the United States, as memorialized by the Gateway Arch. The Pony Express, Oregon Trail, Santa Fe Trail and California Trail all began in Missouri. As a border state, Missouri's role in the American Civil War was complex and there were many conflicts within. After the war, both Greater St. Louis and the Kansas City metropolitan area became centers of industrialization and business. Today the state is divided into 114 counties and the independent city of St. Louis. Missouri's culture blends elements from the Midwestern and Southern United States. The musical styles of ragtime, Kansas City jazz and St. Louis blues developed in Missouri. The well-known Kansas City-style barbecue and lesser-known St. Louis-style barbecue, can be found across the state and beyond. Missouri is also a major center of beer brewing; Anheuser-Busch is the largest producer in the world. Missouri wine is produced in the Missouri Rhineland and Ozarks. Missouri's alcohol laws are among the most permissive in the United States. Outside of the state's major cities, popular tourist destinations include the Lake of the Ozarks, Table Rock Lake and Branson. Well-known Missourians include Chuck Berry, Sheryl Crow, Walt Disney, Edwin Hubble, Nelly, Brad Pitt, Harry S. Truman, and Mark Twain. Some of the largest companies based in the state include Cerner, Express Scripts, Monsanto, Emerson Electric, Edward Jones, H&R Block, Wells Fargo Advisors, and O'Reilly Auto Parts. Universities in Missouri include the University of Missouri and the top-ranked Washington University in St. Louis. Missouri has been called the "Mother of the West" and the "Cave State", but its most famous nickname is the "Show Me State".