The prettiest verified routes in Maine 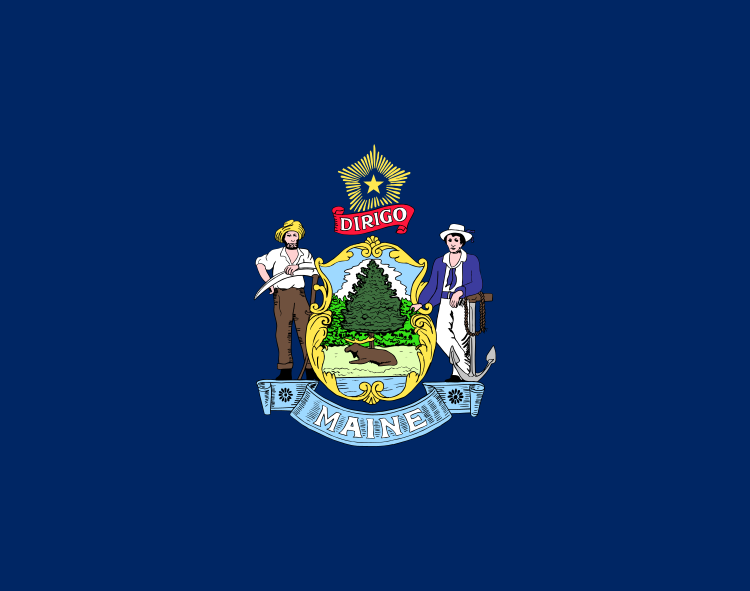 Maine
The images and text displayed here originate from the Wikipedia article "Maine", which is released under the Creative Commons Attribution-Share-Alike License 3.0.
About this region
Maine ( (listen)) is the northernmost state in the northeastern United States. Maine is the 12th smallest by area, the 9th least populous, and the 13th least densely populated of the 50 U.S. states. Located in New England, it is bordered by New Hampshire to the west, the Atlantic Ocean to the southeast, and the Canadian provinces of New Brunswick and Québec to the northeast and northwest, respectively. Maine is the only state to border exactly one other state, is the easternmost among the contiguous United States, and is the northernmost state east of the Great Lakes. Maine is known for its jagged, rocky coastline; low, rolling mountains; heavily forested interior; and picturesque waterways, as well as its seafood cuisine, especially lobster and clams. There is a humid continental climate throughout most of the state, including coastal areas. Maine's most populous city is Portland and its capital is Augusta. For thousands of years, indigenous peoples were the only inhabitants of the territory that is now Maine. At the time of European arrival in what is now Maine, several Algonquian-speaking peoples inhabited the area. The first European settlement in the area was by the French in 1604 on Saint Croix Island, by Pierre Dugua, Sieur de Mons. The first English settlement was the short-lived Popham Colony, established by the Plymouth Company in 1607. A number of English settlements were established along the coast of Maine in the 1620s, although the rugged climate, deprivations, and conflict with the local peoples caused many to fail over the years. As Maine entered the 18th century, only a half dozen European settlements had survived. Loyalist and Patriot forces contended for Maine's territory during the American Revolution. During the War of 1812, the largely-undefended eastern region of Maine was occupied by British forces, but returned to the United States following failed British offensives on the northern border, mid-Atlantic and south which produced a peace treaty that was to include dedicated land on the Michigan peninsula for Native American peoples. Maine was part of the Commonwealth of Massachusetts until 1820, when it voted to secede from Massachusetts to become a separate state. On March 15, 1820, under the Missouri Compromise, it was admitted to the Union as the 23rd state.

The Federal and Provincial Highways System that now forms the TCH were authorized by the Trans-Canada Highway Act of 1948 and opened in 1962. It was completed in 1971. The total length of the TCH is 7821 km.

Contrary to the American Interstate Highway System, the TCH does not consist of an unambiguous network of motorways, but forms a network of restricted access highways and other main routes that are more akin to the Dutch provincial roads. The route is indicated by a green shield with a white maple leaf.

The numbering of the roads that are part of the TCH is the domain of the provinces. Only the western provinces have aligned their numbering and the TCH has the designation Highway 1 there.

The main route of the TCH starts in Victoria in British Columbia and runs via Calgary and Regina to Winnipeg. From Winnipeg the route leads to Kenora in Ontario, after which several branches pass through Ontario to Ottawa.

Further east, the route passes through the province of Quebec via Montreal and Quebec, among others, to Moncton, New Brunswick. Then the TCH continues east through Nova Scotia, where a branch (via the Confederation Bridge) leads to Prince Edward Island. Another section runs down to the sea in the port city of Sydney, where a ferry service leaves for Channel-Port aux Basques on the island of Newfoundland. From there the route continues for more than 900 km to the provincial capital of St. John's, in the extreme southeast of the island.

We not only drive the TCH, but will take the rural roads as much as possible, because only Highway driving is too boring and Canada has many beautiful roads through its beautiful landscape. You drive through all provinces and through very varied and scenic landscapes, from the Rockies in the West, the Central Prairies to the Eastern Maritimes and the Northern Forest.

The riding season is generally April through October with longer seasons on the west coast and southern Ontario. Provide good all season clothing or bring rain gear, depending on the province and the season the weather can change and you may be surprised by a rain or even a snow or hail shower, so be prepared.

In Canada the metric system is used, so speeds are indicated in Km / h. A helmet requirement (DOT approved) applies throughout Canada.

You will see many wildlife throughout Canada. This varies from province to province, such as deer, buffalos, moose, caribou, wolves, pumas, bears, mountain goats, sheep, lynx, coyotes, foxes, raccoons, badgers, various rodents and all kinds of birds. Even if it is very tempting to stop for a photo, don't do it, it can be very dangerous.

The routes described in this review sometimes deviate from the Trans Canada Highway, bringing the total length to 9,300 kilometers. The routes are made so that you drive through the beautiful parts of Canada with truly beautiful panoramas and beautiful sights to visit, this differs from museums, parks to historical points. The routes are not too long so there is time to stop for photos and sights along the way. You can also choose to arrange and combine the stages differently or to add other routes to shorten or extend your journey. The routes are marked with a rating in stars, some routes are less challenging or interesting but are necessary to drive to the next point, which is why they often have a lower rating.

The described routes are;

Have fun reading the reviews and planning your next road trip.
If you have driven this trip, I am very curious about your feedback!