La Spezia to Siena via Pisa and Florence

Countries in this route
Route by Nick Carthew - (MRA Senior)
Route 2 of 11 routes forming a tour down the west coast of Italy to Sicily. All routes link together. Most of the roads used in this route are 2 or 3 lane highways including 60 km of toll road, cost in 2020 for car or motorcycle 7,20 €. Using these fast roads gives you maximum time for the sights in Pisa and Florence.
Use route
Share

Ponte Vecchio
This route is more about the attractions than the ride, although there are some great views as it travels through the beautiful region of Tuscany. It's unfortunate that the route starts with a section of toll road, but it really is the quickest way. You will follow the Apennine Mountains on your left and have an occasional glimpse of the Ligurian Sea to your right and a little over an hour from the start and you will be in Pisa. 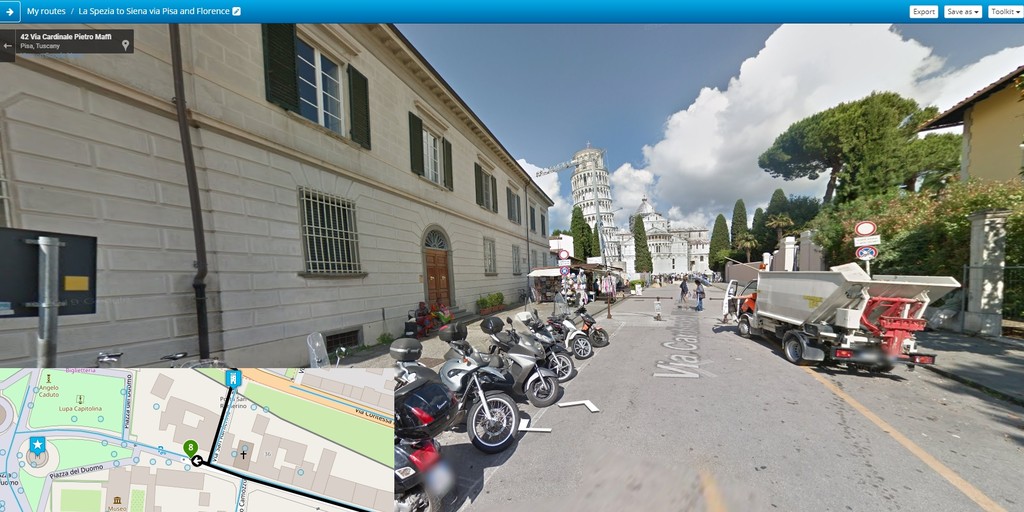 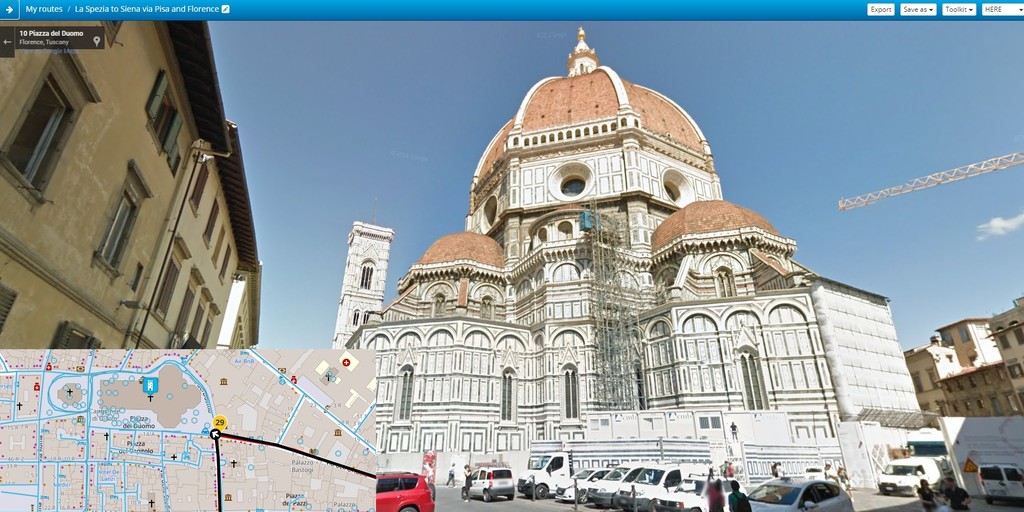 Ligurie
The images and text displayed here originate from the Wikipedia article "Ligurie", which is released under the Creative Commons Attribution-Share-Alike License 3.0.
About this region
Liguria (, Italian: [liˈɡuːrja]; Ligurian: Ligûria [liˈɡyːɾja]) is a region of north-western Italy; its capital is Genoa. Its territory is crossed by the Alps and the Apennines mountain range and is roughly coextensive with the former territory of the Republic of Genoa. Liguria is bordered by France (Provence-Alpes-Côte d'Azur) to the west, Piedmont to the north, and Emilia-Romagna and Tuscany to the east. It lies on the Ligurian Sea, and has a population of 1,557,533. The region is part of the Alps-Mediterranean Euroregion.